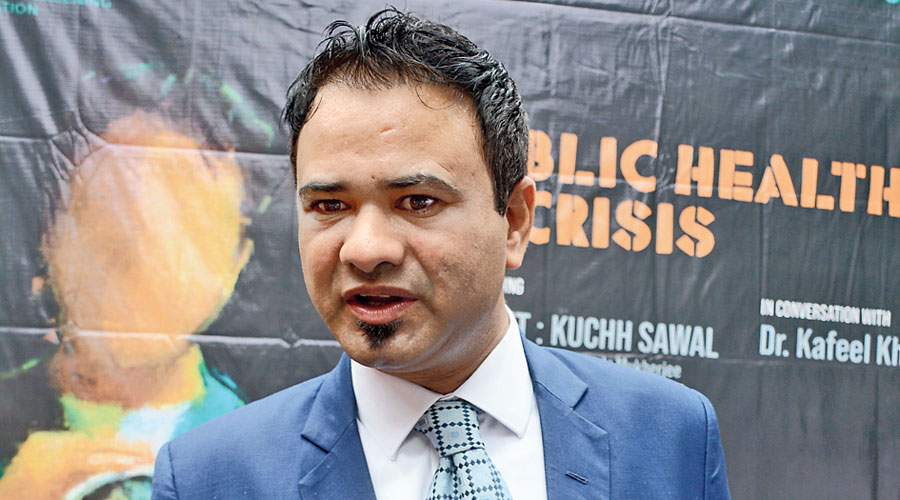 The order for a departmental re-inquiry against suspended paediatrician Dr Kafeel Khan has been withdrawn, the Uttar Pradesh government has informed the Allahabad High Court.

The order of a departmental re-inquiry was given on February 24 last year.

Additional Advocate General Manish Goyal told the court on Friday, "The order of 24 February, 2020 impugned in this petition has been withdrawn subject to liberty being reserved for the respondents to proceed in the matter afresh and in light of what was noted by the court in its order of July 29, 2021".

It was further submitted before the court of Justice Yashwant Varma that all endeavours shall be made to conclude the disciplinary proceedings within a period of three months.

The court has listed the case for hearing on August 10 (Tuesday).

In the writ petition, it was disclosed that seven persons out of nine who were suspended along with the petitioner have been reinstated pending conclusion of disciplinary proceedings. The order for suspension against Dr Khan was passed on August 22, 2017.

Earlier on July 29 this year, the court noticed that although the petitioner had been suspended back in 2017, the inquiry proceedings had not yet been concluded till the filing of the petition.

By an order of March 7, 2019, the petition was disposed of with a direction to the respondents (the state government) to conclude the inquiry within three months.

In pursuance to that direction, the court was informed that the Enquiry Officer submitted his report on April 15, 2019. The disciplinary authority, however, chose to pass the impugned order after nearly 11 months.

It is to be recalled that Dr Khan had challenged his suspension in connection with the death of several children due to alleged shortage of oxygen at a government hospital in Gorakhpur district.