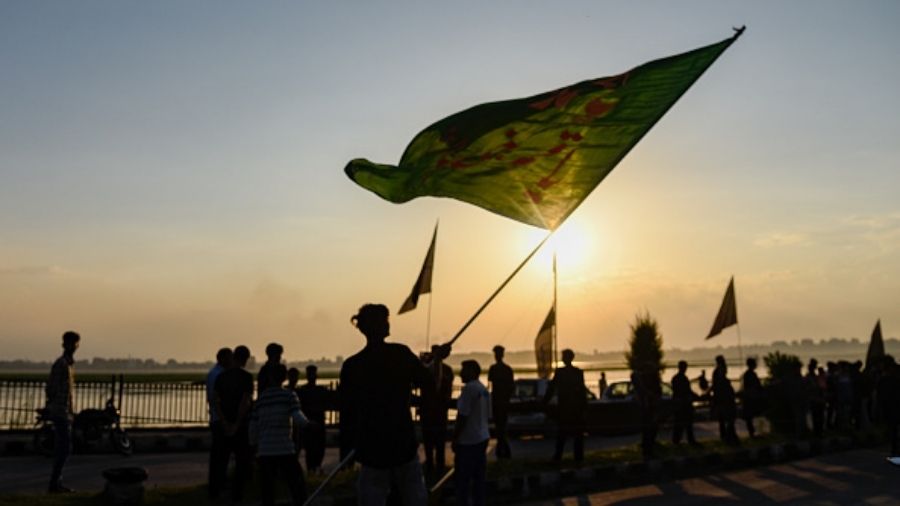 The Uttar Pradesh government has asked district authorities to not allow any religious processions to be taken out on the occasion of Muharram in view of the Covid-19 pandemic and security concerns.

'Tazias' will not be installed publicly. However, they can be set up at homes, Additional Chief Secretary (Home) Awanish Awasthi said in directions issued to district magistrates, senior superintendents of police and other senior officials.

"Owing to the Covid-19 pandemic, no permission should be granted to take out any processions/'Tazias'," the order said.

It also directed officials to talk to religious leaders to ensure strict compliance of the order.

Adequate police force will be deployed in sensitive areas and containment zones, it added.

The order also asked officials to remain vigilant about anti-social elements who may try to disturb communal amity and the possibility of terrorists targeting common citizens.

"Special attention should be paid to anti-social elements and those spreading rumours. Checking should be conducted at public places like railway stations, bus stations and religious places.

"Social media should be routinely monitored and appropriate action should be taken in case an objectionable post is found. The post must be blocked. Special alertness must be maintained as the possibility of increased sensitivity due to Muharram occurring in the month of Shravan cannot be ruled out," it said.