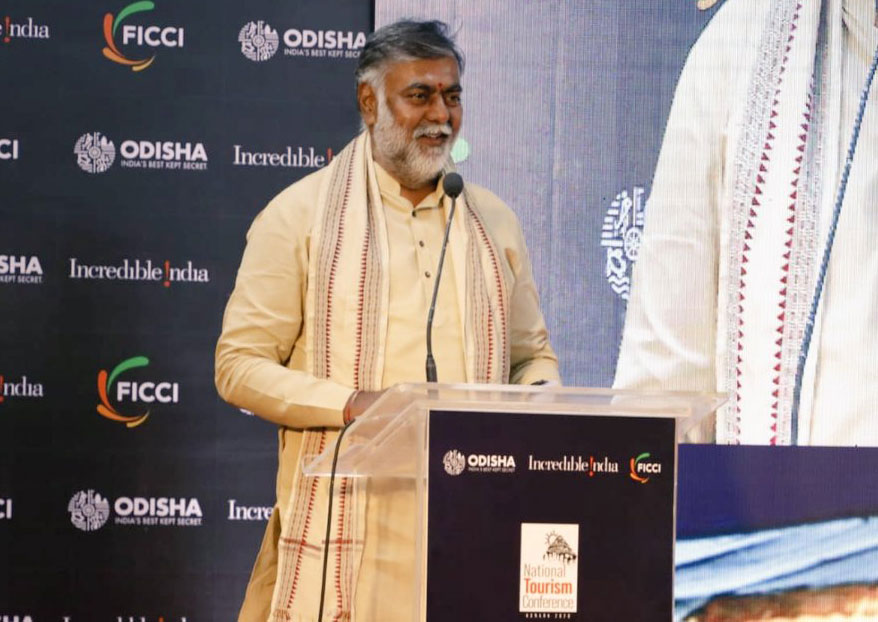 ”Tourism Ministry will fund the travel expenses of tourists who visit 15 destinations in the country in a year and submit the photos to our website,” Union tourism minister Prahlad Singh Patel said.
Twitter/@pspoffice
PTI   |   Bhubaneswar   |   Published 25.01.20, 06:48 AM

The Centre has decided to reward travellers who visit 15 domestic tourist spots in a year by sponsoring their travel expenses as an incentive, Union Minister Prahlad Singh Patel has said.

The Union Tourism Minister said this on Friday at the concluding ceremony of the two-day National Tourism Conference, organised by Odisha government in association with FICCI at Konark.

”Tourism Ministry will fund the travel expenses of tourists who visit 15 destinations in the country in a year and submit the photos to our website,” Patel said.

However, the condition is that the person should travel out of his/her own state, he said.

In the 'Paryatan Parv' initiative of the Union Government, it has been decided that a person should travel at least 15 tourist places of India by 2022. The Ministry of Tourism intends to reward those who complete the task within a year, he said.

”This should not be construed as a monetary benefit but as an incentive. We should honour these persons as brand ambassadors of Indian Tourism,” Patel said.

The Union Tourism minister said the Sun Temple at Konark would be included in the list of 'iconic sites'.

A special event will be organised to announce the inclusion of the Sun Temple in the list of 'iconic sites' very soon, he said.

The Ministry of Tourism has been organising certificate programmes for candidates intending to work as tourist guides. But participation of Odisha in this programme is very low and it needs to be enhanced, said Rupinder Brar, additional director general, of tourism.

”Odisha government should encourage students and candidates to take part in the certificate course,” she said.

”The Centre can coordinate with states to introduce more tourist trains to connect various undiscovered areas of India, Mohapatra said.

On the concluding day of National Conference, a Memorandum of Intent (MoI) was signed between Odisha government and Gujarat for cross-promotion of tourist sites in both states as well as across India.

A formal Memorandum of Understanding mentioning key frameworks and policies will be signed soon after discussions with relevant departments of both the states, said Sachin Ramchandra Jadhav, Director of Tourism, Government of Odisha.