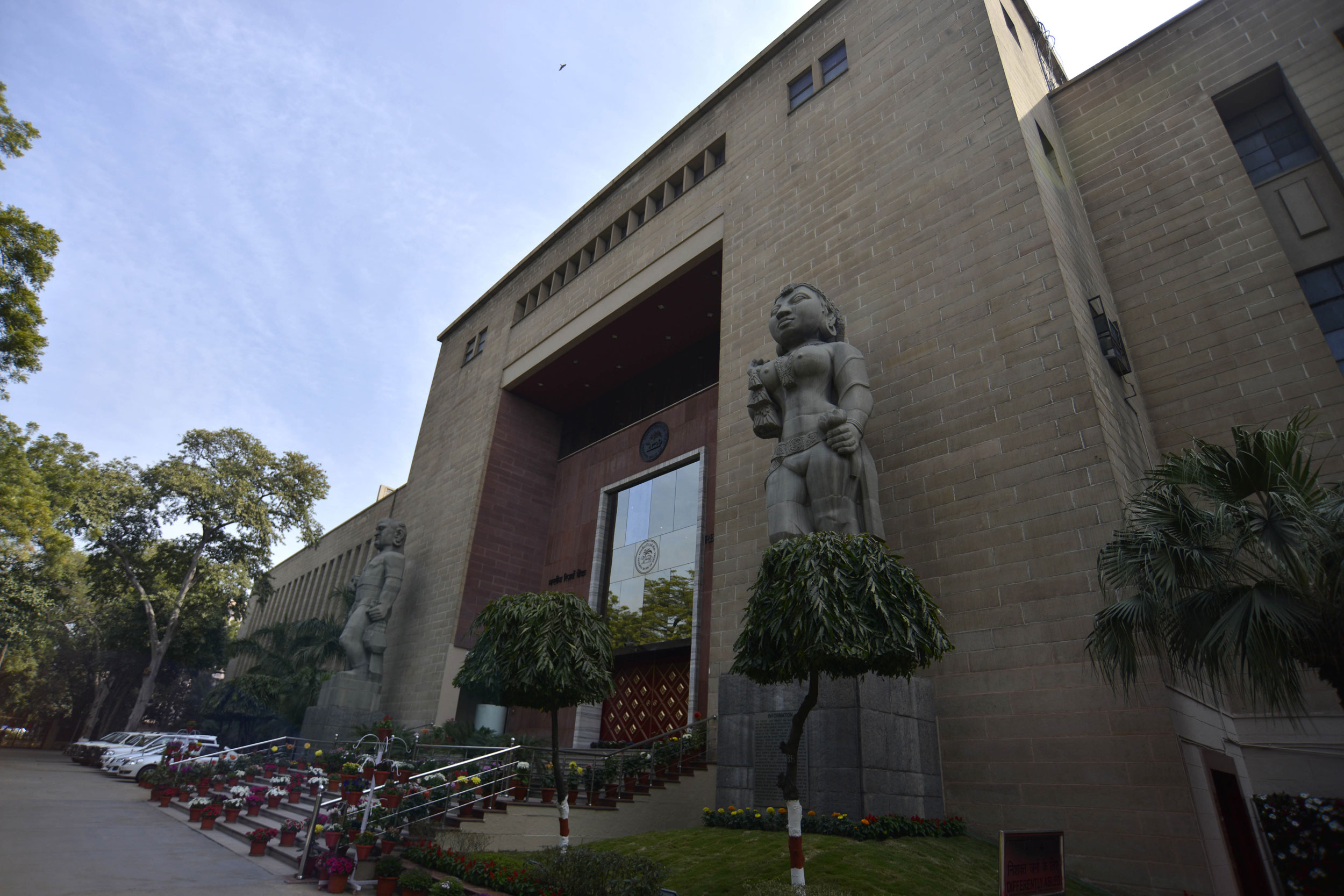 The Reserve Bank of India. The revenue plan for the current year has budgeted a very significant contribution from the excess surplus of the central bank
(Picture: Prem Singh)
Koushik Chatterjee   |   Published 06.07.19, 09:32 AM

The Economic Survey presented yesterday acknowledged the challenges facing the economy and had suggested that the private investment will have to be the anchor for the development of India into a $5-trillion economy in the next five years.

Therefore, when our new finance minister stood to present her maiden budget this morning, she was well aware of the headwinds that the economy is facing in terms of unemployment, farm sector stress, NBFC crisis and low economic activity.

This is further accentuated by the fact that the global economy is also on a slow path with several major geographies, including China and the US, facing a slowdown due to several reasons.

On the back of a resounding electoral mandate it was also a huge opportunity to take bold steps to revive the economy and put it firmly back on track.

The budget presentation was a departure from the past format but the FM certainly used the occasion to lay the government’s strategic roadmap for India to emerge as a $5-trillion economy with ambitious plans on several fronts, including very sizeable investments in infrastructure (roadways, railway network, inland waterways, national grids for water, gas, electricity connectivity) and several rural and urban projects to enhance the ease of living.

Equally important was the focus on a new education policy to enhance the quality and standards of higher education and research and the resolve to review the old labour laws and also address the irritants for start ups.

While the country will wait for the details of the implementation road map, if the government can adhere to the above vision and finds the finances for implementation, I believe we can see a very clear runway to growth in the coming years.

One of the key challenges for the government would be to raise the finances to pursue the investment aspiration to pursue the $5 trillion economy dream.

The revenue plan for the current year has budgeted an increase in tax revenue, very significant contribution from the excess surplus of the Reserve Bank and a very large divestment target.

In my view, of the above non-tax revenue options, the divestment target will be the most challenging to meet within the short timeline of about nine months.

Given the significant size of capital raising through this route, the rules of the game have to be made clear whether management control will change or government intervention will continue.

That would be key for strategic buyers and will have a bearing on the transaction valuation as well as the future value of the business that is divested.

There were some structural proposals on the corporate side including the nudge to Sebi to raise the public holding levels to 65 per cent. This will certainly become a national debate as to what value does that bring to either the shareholders or corporate houses at this point of time apart from enhancing market liquidity.

The other proposal to tax share buybacks will disappoint and neutralise the efforts of cash rich companies to reward the shareholders compared to the dividend route.

The near term challenges though have to be addressed first and navigated through to revive the economy.

There were a few proposals in that direction, including the proposal to recapitalise the banks with Rs 70,000 crore, some of which should go for new credit growth that the economy badly requires, helping the NBFCs refinance their portfolio with the help of the banks, providing easier access to foreign capital to come into the country and giving some soaps to the home buyers to kickstart the housing segments.

Will that be enough to stimulate the economy soon? Time will tell.