'They were shown dreams of ghar vapasi' 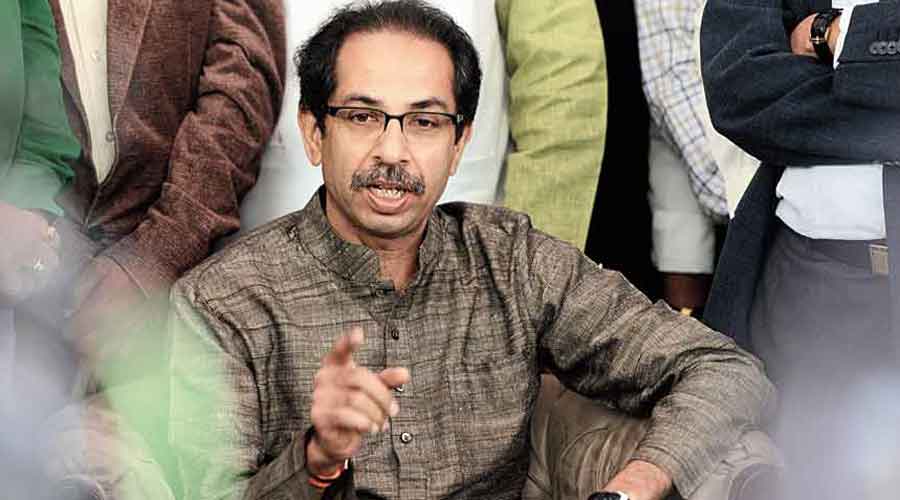 Maharashtra Chief Minister Uddhav Thackeray on Saturday expressed concern about the "targeted killings of Hindus and Kashmiri Pandits" in the Kashmir Valley.

Kashmiri Pandits were fleeing the Valley, Thackeray, who also heads the Shiv Sena, said in a statement here.

"Kashmiri Pandits were shown the dream of `ghar vapasi' (resettlement in the Valley), but they are being targeted and killed. The exodus of Pandits is shocking," he said.

The chief minister assured the Pandit community that "Maharashtra is firmly behind them."

"We consider it our duty and look at it with a sense of duty. We are currently closely monitoring the situation in the valley. Talks are also underway with leaders of Kashmiri Pandits. I repeat we will do everything possible for Kashmiri Pandits. They will not be left in the lurch. Maharashtra will do its duty," assured the Maharashtra CM.

In 1995, when the Shiv Sena-BJP coalition came to power in Maharashtra, Sena founder Bal Thackeray ensured a quota in educational institutes in the state for the children of Kashmiri Pandits, he noted.

"Our government is in touch with Kashmiri Pandit leaders and will do everything it can for their protection," Thackeray further said.

Meanwhile, Maharashtra Minister Aaditya Thackeray today expressed concern over the situation in Jammu and Kashmir in the aftermath of the recent targeted killings in the union territory and termed the situation 'deeply concerning'.

He further said that the doors of Maharashtra are always open for Kashmiri Pandits.

A bank manager, identified as Vijay Kumar, was shot dead outside his office by terrorists in the Kulgam district of Jammu and Kashmir on Thursday.

I am shrewd: Uddhav to BJP