However, the main accused — four ABVP members who had falsely accused them of planning to convert 'Hindu' postulants from Odisha — have not even been booked yet 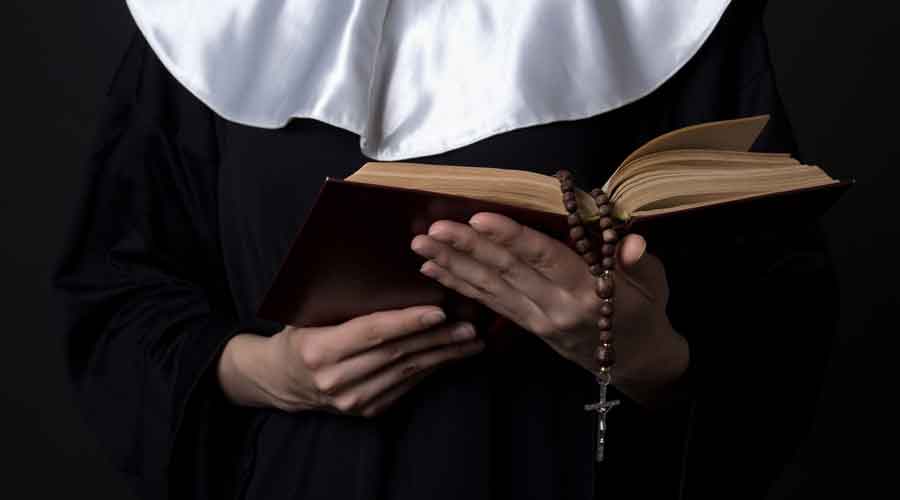 Religious conversions per se are not illegal but Hindutva activists and the police have been known to harass people by falsely accusing them of conducting forced conversions
Shutterstock
Piyush Srivastava   |   Lucknow   |   Published 03.04.21, 01:32 AM

Two Sangh parivar activists have been arrested in connection with the harassment of two nuns and two postulants at Jhansi Junction a fortnight ago, the action stemming apparently from the BJP’s electoral compulsions in Kerala.

However, the main accused — four ABVP members who had falsely accused the Delhi-based Keralite nuns of planning to convert the allegedly “Hindu” postulants from Odisha — have not even been booked yet.

Union home minister Amit Shah had at a rally in poll-bound Kerala last week promised action, aware of the resentment in the state over the harassment of the Keralite nuns, members of the Congregation of Sacred Heart Society.

Sources in the Government Railway Police (GRP) said the force eventually acted on Thursday night after a prod from Shah’s ministry to the state government.

The GRP had forced the four women off the Utkal Express and detained them for four hours at Jhansi Junction on March 19 on the false complaint from the four ABVP members, who were travelling on the same coach as the women.

Adjaria and Amarya had rushed to Jhansi Junction after receiving calls from the ABVP youths and allegedly told the GRP they had confirmed information that the women were involved in conversions. GRP sources didn’t specify what offence they had been charged with.

The women were let off only after the GRP was satisfied that all four had been born to Indian Christian families.

Religious conversions per se are not illegal but Hindutva activists and the police have been known to harass people by falsely accusing them of conducting forced conversions.

The GRP have not explained why they have not booked or arrested the four ABVP members who had allegedly bullied the women on the train, levelled the false allegation of conversions, and got the GRP to detain the quartet. The ABVP is the student arm of the RSS.

A senior GRP official in Lucknow had earlier told this newspaper that not only should the ABVP youths be booked for promoting hatred between religious groups — punishable by up to three years in jail — the GRP officers who had acted “in haste” on their false complaint should face departmental action.

The incident had caused anger in Kerala, where Assembly elections are scheduled on April 6. It was Kerala chief minister Pinarayi Vijayan who had brought the incident to light by writing to Shah. Church representatives too had demanded action against the alleged bullies.

Shah, while campaigning in Kanjirapally in Kottayam district on March 24, had been compelled to refer to the matter after BJP candidate and former Union minister K.J. Alphons raised the issue at the rally. “I want to assure the people of Kerala that the culprits will be brought to book at the earliest,” Shah had said.

Rahul Gandhi, MP from Wayanad in Kerala, had on March 24 blamed the harassment of the nuns on “the vicious propaganda run by the Sangh parivar to pitch one community against another and trample the minorities”.

The women had boarded the train in Delhi and were travelling to Rourkela. They have said in their recorded statements, made through WhatsApp video calls, that the four ABVP members kept shouting at them through the journey till Jhansi.