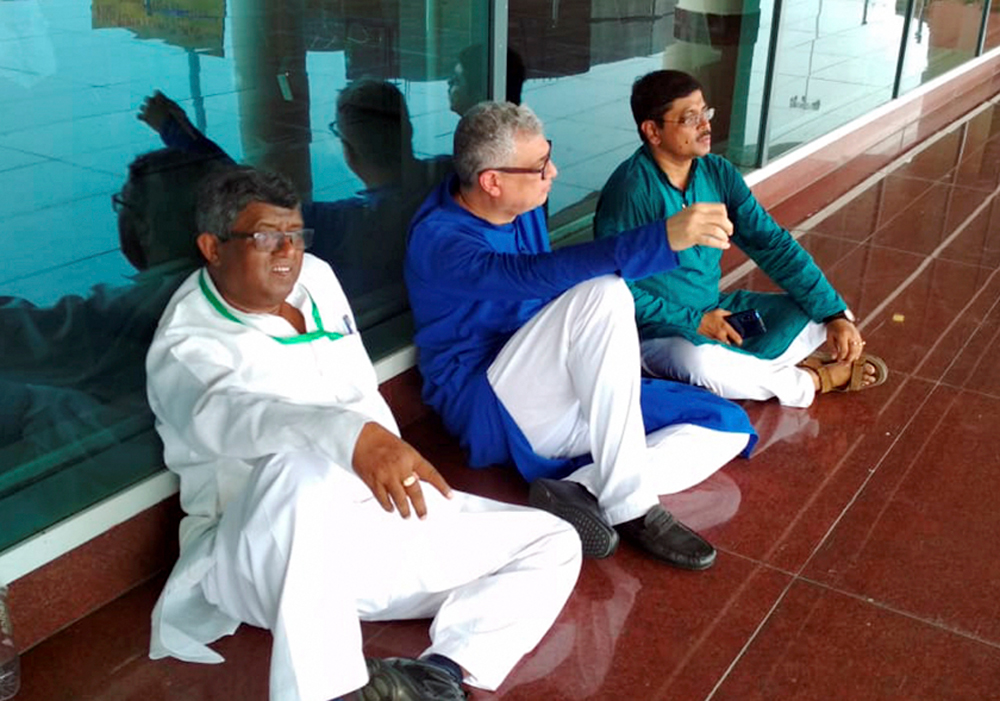 A Trinamul Congress delegation was detained at the Varanasi airport on Saturday when it was on its way to meet the families of victims of the Sonbhadra clash in which 10 people were gunned down this week over a land dispute, party MP Derek O’Brien said.

The detention of the team comes a day after Congress leader Priyanka Gandhi Vadra was detained and stopped in Mirzapur district from going to Sonbhadra to meet those injured in the incident and their families.

“Trinamool Parliamentary delegation detained at Varanasi airport. ADM,SP have not told us under which section.(“Doing as told from topmost”).We have told them that we will cooperate,wish to meet injured & then proceed to Sonbhadra to meet & give confidence to grieving families (sic),” O’Brien tweeted.

“We were stopped by police at the Varanasi airport while we were going to Sonbhadra to meet the victims. There is no violation of Section144 as we are less in number,” he said.

The Trinamul delegation was scheduled to return by an evening flight after their visit to Sonbhadra.

The party had announced on Friday that a team of its MPs will visit the families of the Sonbhadra clash victims in Uttar Pradesh a day later.

The decision assumes significance due to the intensified political bickering and violence between the Trinamul and the BJP since the Lok Sabha elections in which the saffron party made significant inroads in Bengal.

Uttar Pradesh chief minister Yogi Adityanath and his Bengal counterpart Mamata Banerjee had attacked each other during the election campaign in the eastern state.