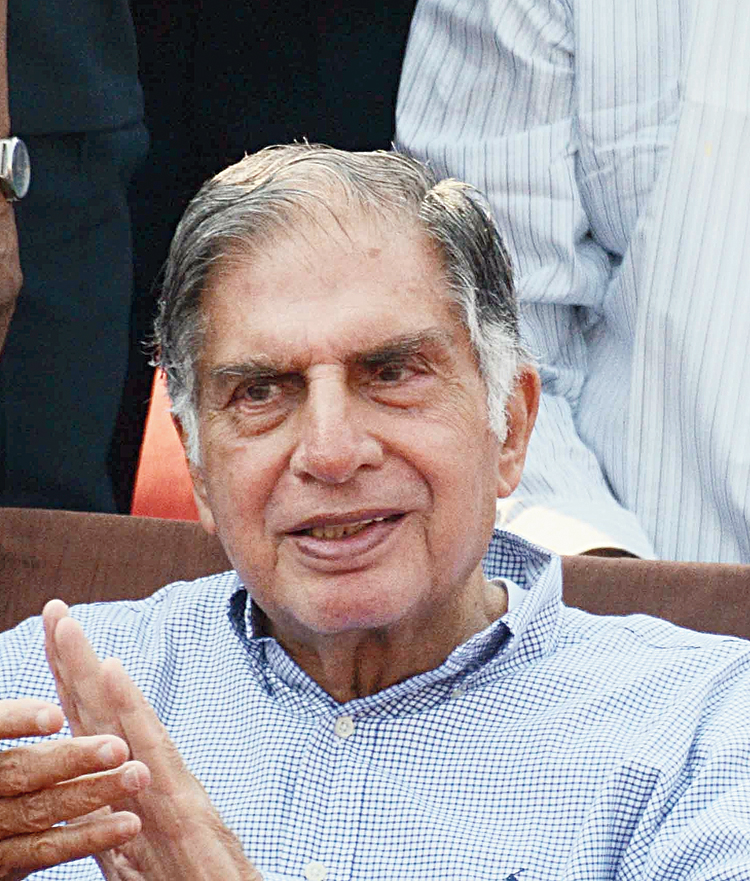 The national company law appellate tribunal (NCLAT) on Wednesday restored Cyrus Mistry to the position of executive chairman of the $111-billion Tata group — a shock verdict that spooked the markets and sent the stocks of several Tata group companies tumbling on the bourses.

Justice S.J. Mukhopadhaya, chairperson of NCLAT, and Justice Bansi Lal Bhat, member (judicial), set aside the removal of Mistry from his position as executive chairman of Tata Sons on October 24, 2016, declared the appointment of his successor N. Chandrasekaran as illegal and overturned the decision of the registrar of companies to change the status of Tata Sons, the holding company of the group, from a public company to a private limited company.

Tata Sons is the holding company and its executive chairman is recognised as the chairman of the Tata group of companies.

Chandrasekaran was appointed as the chairman of the Tata group in January 2017 while Tata Sons had morphed into a private company after shareholders passed a special resolution to that effect in September that year.

Upholding Mistry’s main charge of poor corporate governance at Bombay House and oppression of his rights as a minority shareholder at Tata Sons, the appellate tribunal in its 172-page verdict directed Ratan Tata, chairman emeritus of the Tata group, to desist from taking any decisions in advance that would require a majority decision of the Tata Sons’ board of directors and its shareholders.

It also barred the company, its board and shareholders from exercising powers enshrined in Article 75 of its Articles of Association in order to force Mistry to sell his stake in the company.

The appellate tribunal, however, suspended the operation of its verdict on the replacement of Chandrasekaran and the reappointment of Mistry as executive chairman of Tata Sons for a period of four weeks at the request of Abhishek Manu Singhvi, senior counsel for Tata Sons. This will give the Tatas the opportunity to challenge the verdict before the Supreme Court which starts its winter vacation from tomorrow.

However, the appellate tribunal said the rest of the judgment, including its directions to reinstate Mistry as director of Tata Sons and three operating group companies, shall be complied forthwith. Although the order did not specify the names of the three companies, these are understood to mean Tata Industries, Tata Consultancy Services and Tata Teleservices.

In a late evening statement, the Tata group said it would take appropriate legal recourse as it strongly believed in the strength of its case.

“It is not clear how the NCLAT order seeks to overrule the decisions taken by shareholders of Tata Sons and listed Tata operating companies at validly constituted shareholder meetings,” the statement added.

The appellate tribunal set aside the verdict passed by the company law tribunal (NCLT) in July last year which had rejected Mistry’s allegations of mismanagement in Tata group companies and claims that his rights as a minority shareholder in Tata Sons had been oppressed.

Mistry said he saw the appellate tribunal’s verdict as “victory for the principles of good governance and minority shareholder rights”.

He added that the outcome of the appeal made by his family was a vindication of his stand taken when the then board of Tata Sons, without warning or reason, removed him first from the position of executive chairman of Tata Sons and subsequently as its director.

The NCLT verdict in July last year had capped an 18-month legal slugfest between Mistry and Tata group patriarch Ratan Tata and many had felt that the spat had run its course.

The tribunal had said Mistry had been ousted as chairman because the Tata Sons’ board and its majority shareholders had “lost confidence in him”.

While overturning the NCLT verdict, Justices Mukhopadhaya and Bhat slammed the tribunal for making certain disparaging remarks about Mistry which, they felt, were “undesirable”.

“These remarks are not only disparaging but also wholly unsubstantiated by any document on record,” the appellate tribunal said.

One of the big questions that came up during the arguments before the tribunal was the sanctity of Article 75 of the Articles of Association (AoA) which permits the company to pass a special resolution to force any shareholder to hand over his shares.

The article reads: “The Company may at any time by Special Resolution resolve that any holder of Ordinary shares do transfer his Ordinary shares. Such member would thereupon be deemed to have served the Company with a sale-notice in respect of his Ordinary shares… and all the ancillary and consequential provisions of these Articles shall apply with respect to the completion of the sale of the said shares. Notice in writing of such resolution shall be given to the member affected thereby.”

The NCLT had upheld the validity of Article 75.

The appellate tribunal, however, directed Tata Sons not to exercise the powers under the article.

“Such power can be exercised only in exceptional circumstances and in the interest of the company. But before exercising such power, reasons should be recorded in writing and intimated to the concerned shareholders whose right will be affected,” the appellate tribunal said.

In a message to employees of the group after the ruling, Chandrasekaran said: “…Tata Sons firmly believes in the strength of our case and will pursue the appropriate legal recourse…. I assure you that we have set ourselves on a course that will make the Tata Group stronger and more vibrant than it has ever been before. I urge all employees to stay focussed on their businesses and the welfare of our stakeholders.”