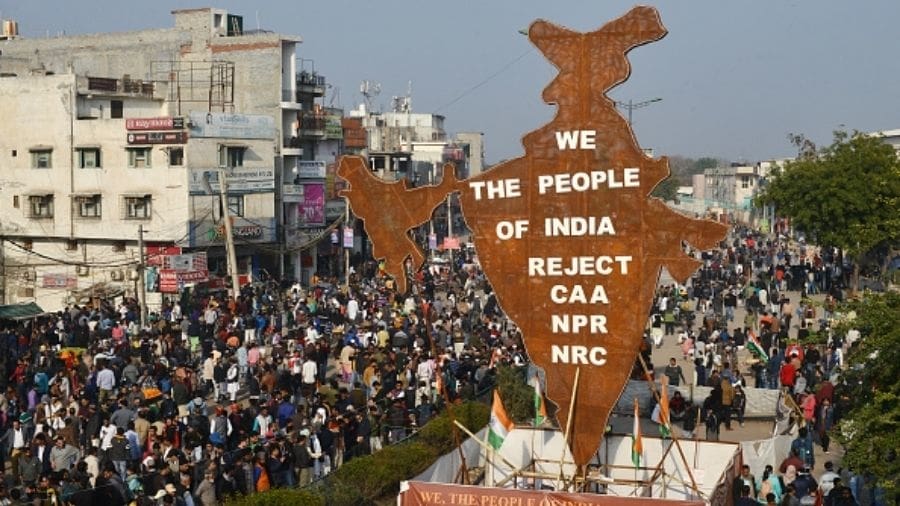 The Tamil Nadu Assembly on Wednesday adopted a resolution urging the Centre to repeal the Citizenship Amendment Act 2019 to protect and ensure unity and communal harmony and uphold the secular principles enshrined in the Constitution.

The resolution moved by Chief Minister M K Stalin said the CAA passed by the Parliament in 2019 "is not in tune with the secular principles laid down in our Constitution and also not conducive to the communal harmony that prevails in India."

As per established democratic principles, a nation should be governed taking into consideration the aspirations and concerns of the people belonging to all sections of the society.

"But it is clearly seen that the CAA was passed in such a way that it does not accord a warm support to the refugees considering their plight, but instead discriminate them according to their religion and their country of origin."

Hence, to "protect and ensure the unity and communal harmony in this country and to uphold the secular principles enshrined in the Constitution of India, this August House resolves to urge the Union government to repeal the Citizenship (Amendment) Act 2019."

The Bill was adopted. The main opposition AIADMK's members were not in the House during its passage. They staged a walkout over issues they tried to raise during the zero hour.

Leader of the Opposition K Palaniswami told reporters that they could not raise key issues in the House as they did not get the nod from Speaker M Appavu and even some views expressed by them -the following permission for a brief while- were later expunged. Condemning this, Palaniswami said, his party staged a walkout.

Listing schemes like two-wheeler scheme for women beneficiaries, he said the DMK government has "given up" this scheme and one after the other, such welfare schemes of the AIADMK regime were being scuttled, he claimed.

Opposing the resolution, the BJP MLAs staged a walkout and later speaking to the media, the party's legislature party leader Nainar Nagendran said the CAA has absolutely nothing against Muslim people.

"The CM today speaks of communal harmony, but does not even greet people for Hindu festivals including Ganesh Chaturthi and Deepavali," he said.