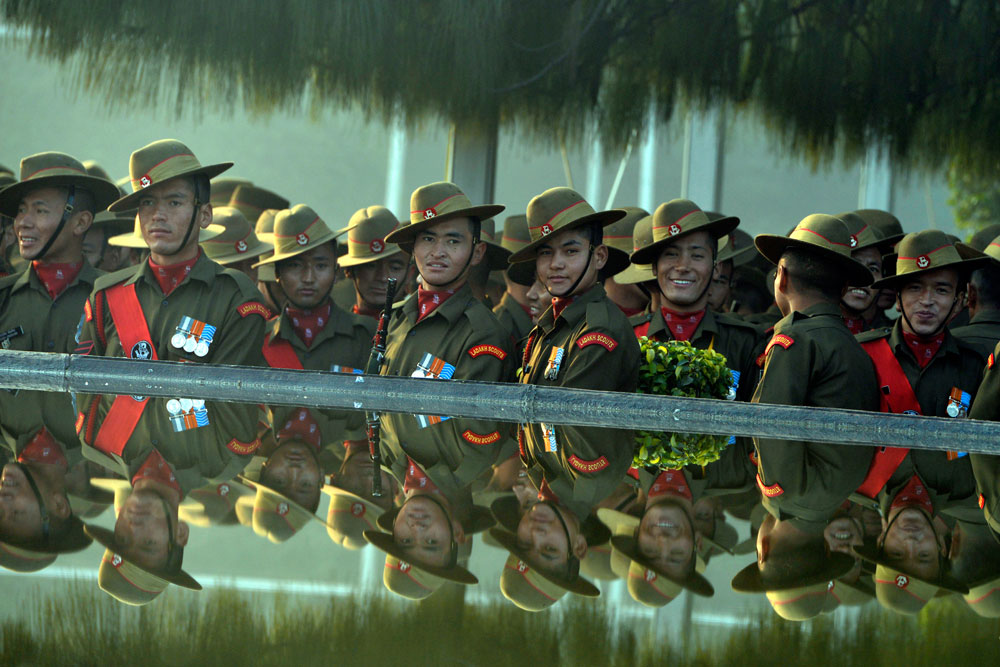 The Narendra Modi government has asked higher education institutions to observe September 29 as “Surgical Strike Day” and organise various activities, including campus visits by army officials for photo-ops with students.

Criticism of the order has triggered a response that underscores how every non-conformist is being blindly branded a “Naxal sympathiser”, reflecting the mindset behind government-sanctioned labels such as “urban Maoists”.

Eminent sociologist Andre Beteille, who said the government had no authority to instruct people on such matters, was described as a “Naxal sympathiser” by an RSS supporter.

The Centre’s decision to observe the “Surgical Strike Day” comes two years after it said the army had carried out an operation across the Line of Control. The government has told the University Grants Commission to ask the 900-odd universities and 38,000 colleges to celebrate the occasion in a fitting manner and upload accounts and visuals of the activities on the UGC website.

“You may be aware, the Government of India has decided to observe ‘Surgical Strike Day’ on 29th September 2018,” said a letter from UGC secretary Rajnish Jain.

Asked about the order, Beteille said: “I look at it in a very negative light. The government has no authority to instruct people on these matters. The sacrifices of the army are appreciated. But this is not the way.”

Shri Prakash Singh, a Delhi University professor who confirmed he was an RSS supporter, welcomed the order. “It is a healthy move. This will remind the students of the valour of the army and make the students feel proud about the army and the nation.”

Betielle is known for his independent and liberal views and has never been counted among Leftist academics, let alone being linked to any Naxalite group.

N. Sukumar, an Ambedkarite who teaches political science in Delhi University, said nationalism was important but should not be imposed. “The feeling of nationalism should come naturally,” he said.

A move to celebrate the army’s contribution is all right but the government and the UGC never bother about the ordinary people’s sacrifices, he said.

“In the last 10 days, 11 manual scavengers have

died in the country while cleaning sewer tanks. So many farmers have committed suicide. What is the stand of the government and

the UGC on such sacrifices?” Sukumar asked.

The UGC letter lists the steps to be taken to celebrate the day and asks students to pledge their support to the armed forces by writing letters and cards in physical or digital format. The letters and cards will be shared with the defence public relations officer and the Press Information Bureau for publicity.

“The physical letters so received can be given to the nearest cantonment or presented to the army officials visiting various colleges for short meetings with students. It will also provide photo-ops for the students,” said the letter.

Asked about the letter and the criticism by a section of academics, the UGC secretary said: “There may be differences of opinion. This has been done as per a government directive.”

The institutions may organise meetings, inviting ex-servicemen who would sensitise the students about the sacrifices made by the armed forces in protecting the borders.

The Bengal government said it would not follow the diktat.