Farmers' protest: SC concerned over blockade of roads in Delhi 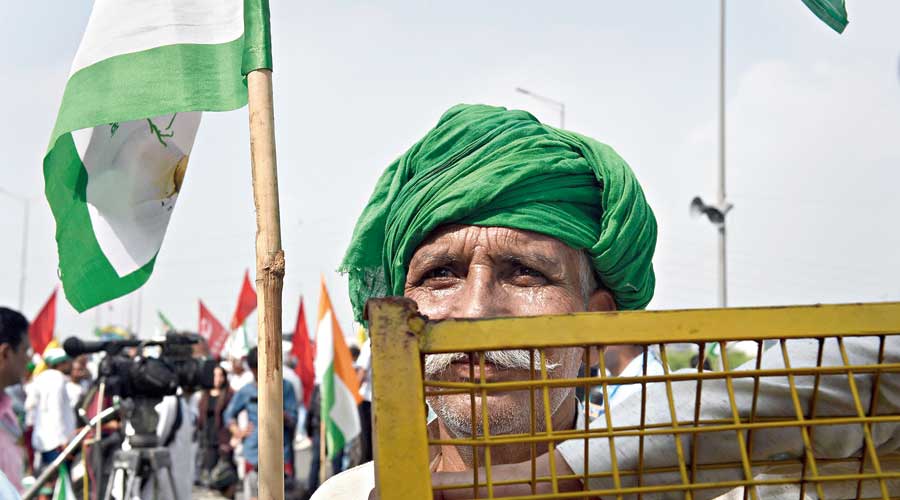 The Supreme Court on Thursday expressed concern over the continuing blockade of roads in and around Delhi due to the farmers’ protests and told the Centre: “Redress can be through a judicial forum, agitation or parliamentary debates but how can highways be blocked perpetually? Where is the end?”

A bench of Justice Sanjay Kishan Kaul and M.M. Sundresh made the oral observation while asking solicitor-general Tushar Mehta, appearing for the Centre, to implead the various associations of agitating farmers in a PIL filed by a Noida resident seeking removal of the roadblocks.

The petitioner, Monicca Agarwal, has alleged that the daily commute between Noida and Delhi was taking two hours longer on account of the protests on the borders with Haryana and Uttar Pradesh, inconveniencing those requiring travel for office work.

The farmers have been picketing Delhi’s borders for over 10 months demanding the repeal of three contentious farm laws that they fear will take away their land and livelihood and facilitate a corporate takeover of agriculture.

Justice Kaul, heading the bench, reminded Mehta that the apex court had last year in the Shaheen Bagh protest case passed a detailed judgment prohibiting encroachment of public places to avoid inconveniencing people. The bench pointed out that the court could only pass orders and it was for the government to implement them.

“Yes, I fully agree that the executive has to implement the law,” the SG said.

The bench replied: “On the lighter side, then you will say that the judiciary is encroaching upon the executive…. If we encroach, then you may say that we have trespassed into your domain. This has ramifications but there are grievances which are to be redressed. But this cannot be a perpetual problem.”

“When it (directions) is invited, then it is not encroachment,” Mehta remarked.

The SG informed the court that a high-level committee had been constituted by the government and the farm leaders invited for negotiations, but they did not turn up.

“We invited them to attend a meeting. However, they did not join the meeting. My request is to join them as parties,” Mehta said, urging the court to permit the Centre to implead the farmers’ associations as respondents in the matter.

The court asked the government to file a formal application and posted the matter for further hearing to October 4.

On earlier occasions too, the court had directed the Centre and the states of Haryana and Uttar Pradesh to ensure that there is no inconvenience to the general public travelling between the two states and Delhi on account of the farmers’ sit-in.

“You have to find a solution. They (farmers) have a right to protest but there can’t be a hindrance to the inflow and outflow of traffic. The roads can’t be blocked like this,” a bench of Justices Sanjay Kishan Kaul and Hrishikesh Roy had told Mehta.