Earlier this month, the Supreme Court had suggested setting up a specialised body to examine 'irrational freebies' offered to voters during elections 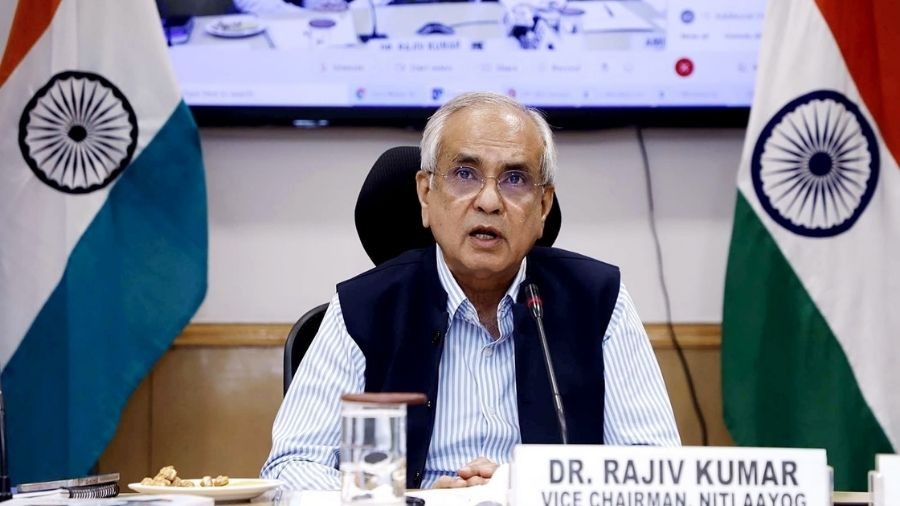 State governments should not dole out "non-merit freebies" such as gifts and consumer durables beyond their fiscal capabilities, according to former NITI Aayog Vice Chairman Rajiv Kumar.

Kumar noted that there is a difference between merit transfer payment and non-merit freebies, especially those which are done beyond the fiscal capability of any government.

"Non-merit freebies which are the nature of giving out gifts, consumer durables ... those are to be looked at carefully and in any case should not be undertaken by the governments who have fiscal constraints," he told PTI in an interview.

On some politicians comparing the current economic situation of Sri Lanka with India, Kumar said, "any such comparison is simply unwarranted and mischievous to different levels."

Sri Lanka is grappling with a severe economic crisis and India has been at the forefront of extending economic assistance to Sri Lanka.

According to Kumar, in the Nordic countries, the tax to GDP ratio is nearly 50 per cent because they spend lots of public money in providing public goods and services to the common person.

"I think that is not something we should discuss or debate. It is important to increase the quality and access of public goods and services for the common person, especially for those at the bottom of the pyramid," he said.

Prime Minister Narendra Modi has in recent days hit out at the competitive populism of extending 'rewaris' (freebies) which are not just wastage of taxpayers' money but also an economic disaster that could hamper India's drive to become atmanirbhar (self-reliant).

His comments were seen directed at parties like the Aam Aadmi Party (AAP) which have in the run-up to assembly election in states like Punjab and more recently Gujarat promised free electricity and water, among others.

Earlier this month, the Supreme Court had suggested setting up a specialised body to examine "irrational freebies" offered to voters during elections.

The Centre has told the Supreme Court that the "freebie culture" has been elevated to the level of "art" for fighting elections and will lead to "disaster" if some political parties understand this is the only way to deliver public welfare measures.

Asked to react to Telangana Chief Minister K Chandrashekar Rao's recent statement in which he had said that NITI Aayog is a useless institution, Kumar said Rao is entitled to hold his views.

"The fact that nearly all the CMs came for the Governing Council meeting and spent the whole day... demonstrates clearly that what the Telangana chief minister said is the view not shared by the rest of CMs," Kumar asserted.

On India's current macroeconomic situation, he said there is no fear at all of India getting into a recession at any point of time.

He pointed out that a recession is technically defined when a country witnesses two successive quarters of negative growth.

"And I can't see that happening at all. And therefore, I am quite clear in my mind that India will not face any recessionary pressures," Kumar observed.