A flood of tweets with the hashtag 'DishaRaviJoseph' was top-trending on Twitter by noon, seeking to to project her as a Syrian Christian from Kerala 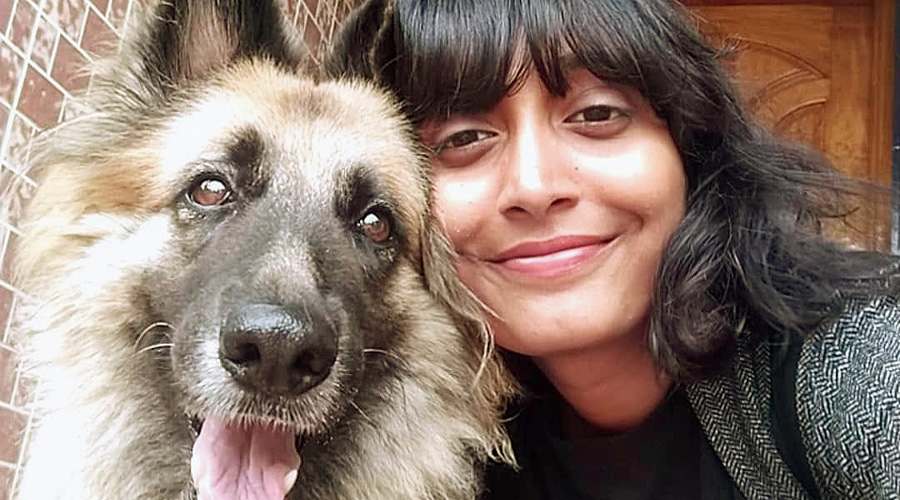 Joseph, one of the most familiar names in the world, has become a weapon of religious profiling and misinformation in India.

Disha Ravi, the young climate activist arrested on the charge of sedition for editing and sharing a toolkit on the farmers’ protest, was the target of a vicious campaign on Wednesday on social media that sought to project her as a Syrian Christian from Kerala.

A flood of tweets with the hashtag “DishaRaviJoseph” was top-trending on Twitter by noon.

That it is a lie is secondary. The venom behind the campaign is a telling comment on how depraved a vocal section of India has become.

Some of those who still have not lost their sanity asked: even if Disha is a Christian and her name is Joseph, why should it matter?

Friends and supporters of Disha had to wage a spirited fight to debunk the lie that was meant to embellish the “proof” of an “international conspiracy” to defame India over the farmers’ movement.

“Just a few days ago she was a Khalistani. Today they call her a Christian. But friends like me know that she is a Lingayat and her name is Disha Annappa Ravi,” a volunteer from the Karnataka chapter of Fridays For Future, the Greta Thunberg-founded outfit to which Disha is attached, told The Telegraph.

Disha’s father Annappa Ravi and mother Manjula Nanjaiah belong to Tiptur town in Tumkur district, some 70km from Bangalore. Disha grew up in Bangalore. Karnataka chief minister and BJP leader B.S. Yediyurappa and a host of ministers from the party belong to the Lingayat community.

“It’s nauseating that in this day and age, when we are bragging about being an IT superpower, we are discussing someone’s religion,” said the Fridays for Future volunteer.

An alumnus of Mount Carmel College, where Disha did her Bachelor of Business Administration, described the Twitter campaign to label her a Christian as “appalling”.

“It’s a shame that we are even discussing it now. But to counter these people, we need to come out and debunk their appalling claims,” said the former student.

National campaign-in-charge of the Indian Youth Congress, Srivatsa, tweeted: “She is Disha Annappa Ravi from a Lingayat household of Karnataka. She is NOT Disha Ravi Joseph from a Christian household of Kerala. Even if she was, does it matter? It justifies her targeting by Govt? Bhakts, what happened to Vasudhaiva Kutumbakam? All you do is divide India.”

Disha, who was whisked away from her home in Bangalore by Delhi police over the weekend and arrested in the capital on Sunday, has been sent to five days’ police custody.

A cursory glance at the Twitter campaign against her would reveal how well orchestrated it was.

A now-deleted tweet from a person who gave the impression that he is a Supreme Court lawyer at 9.31am was perhaps one of the early ones describing Disha as a “Syrian Christian from Kerala”.

The tweet said: “Disha Ravi Joseph is a Syrian Christian from Kerala. Members of this community always at the forefront of breaking India movements!”

Nothing could be further from the truth. Some of the most accomplished professionals and public figures in the country trace their roots to the community.

Another tweeter whose profile describes him as “Non Political, MBA, Businessman, Hindu Nationalist” tweeted at 9.41am the same text posted by the lawyer 10 minutes earlier.

Several such tweets unleashed a barrage to label Disha a “Syrian Christian from Kerala”.

Each hate message was more virulent than the other. “Disha Ravi Joseph is just one of the anti-national Mallus in Bangalore. There are thousands out there!” tweeted a man who claimed he took “life with a spoon of sugar, a pinch of salt and a shot of homemade tequila”.

But many others vehemently opposed the campaign and said personal faith didn’t matter.

“Now bhakts falsely claim that she’s Disha Ravi ‘Joseph’, implying that she’s a Christian who deserves this treatment. The last time when they claimed Tamil superstar Vijay — who questioned the government — is in fact ‘Joseph’ Vijay to give it a communal spin, this happened,” a user named Anton Kalashnikov tweeted with a picture of Vijay attending a massive gathering of his fans.

Vijay was at the receiving end of a hate campaign in 2017 over his Deepavali release Mersal (Stunned), which contained a few dialogues critical of the GST and the Digital India programme.

BJP leader H. Raja had then attempted to shock Vijay’s fans by drawing attention to his full name, C. Joseph Vijay, as listed in his voter ID. But the attempt to give a communal spin flopped badly as the actor — born Joseph Vijay Chandrashekar — had never concealed his full name while opting to go with the mononym Vijay.