Signs of fresh disquiet in Kashmir

Local media reports suggested an injured Jahangir Yousuf, 32, succumbed to his injurie;.pPolice did not confirm or deny the report 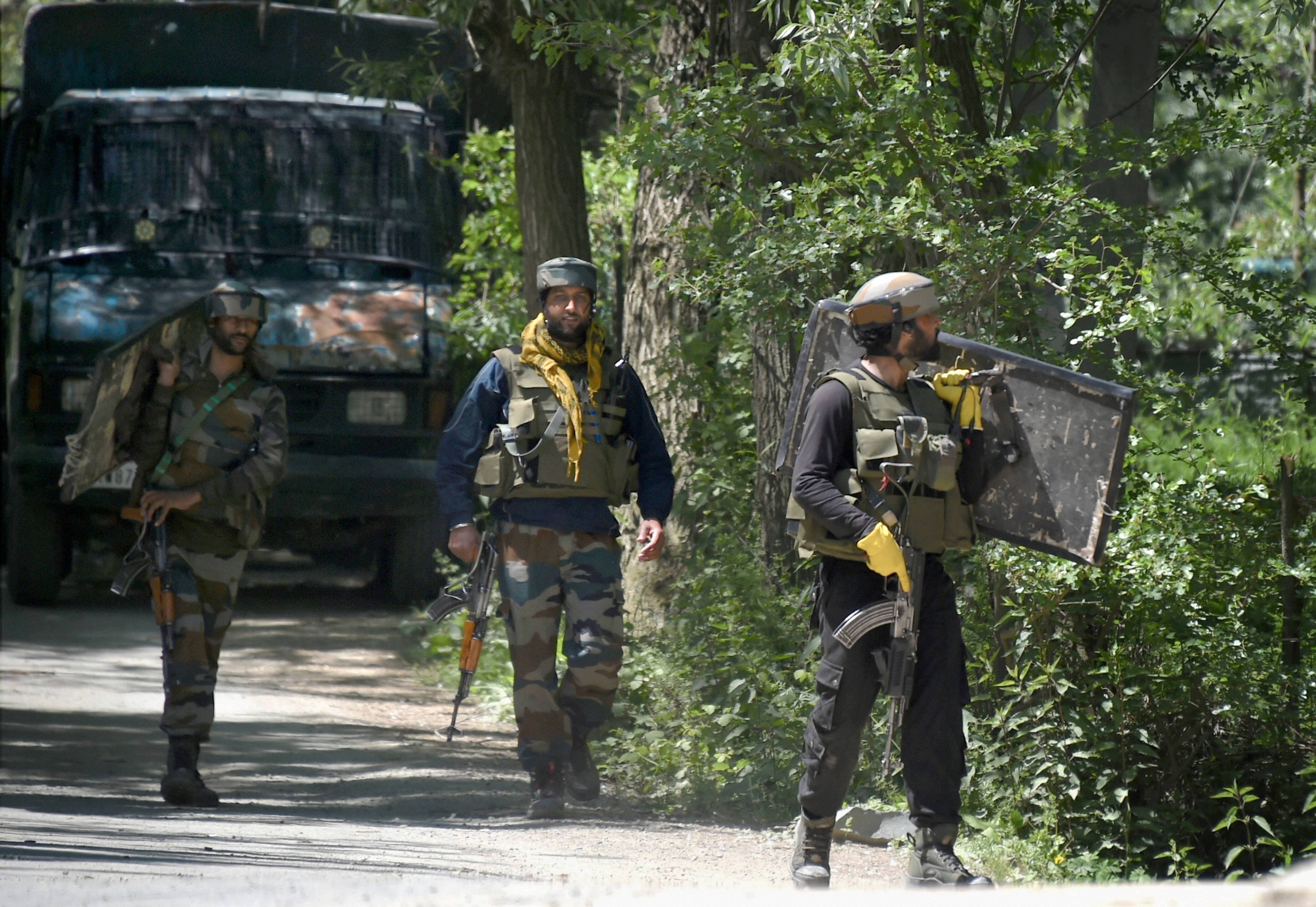 Youths in Kashmir seem to be shunning fear, trying to storm active encounter sites or join militant funerals in numbers after months of uneasy and relative calm that followed the August 5 clampdown and subsequent revocation of the special status.

Hundreds of youths on Wednesday defied restrictions and tried to wade into the encounter site in Pulwama where Hizbul Mujahideen chief Riyaz Naikoo was trapped with an associate.

The crowd did not succeed as the security forces managed to eliminate Naikoo and one more militant.

But in a throwback to years that preceded abrogation of Article 370, the forces had to use force and open fire on a crowd that attacked them with stones in an attempt to rescue the militants.

Local media reports suggested an injured Jahangir Yousuf, 32, succumbed to his injuries. Police did not confirm or deny the report.

A video clip from the encounter site showed youths raining blows on a mobile bunker vehicle with sticks and some climbing atop. The authorities have suspended all mobile and Internet connects, barring that of BSNL, since Wednesday morning to prevent a flare-up.

Police sources said it was the deadliest mob violence in the Valley in months. Sporadic incidents of violence were reported in Naikoo’s home in Awantipora despite curfew-like restrictions that were imposed across large parts of the Valley.

The Valley has been rocked by several, though smaller, incidents during the past few weeks despite the virus outbreak, a trend that is worrying the administration.