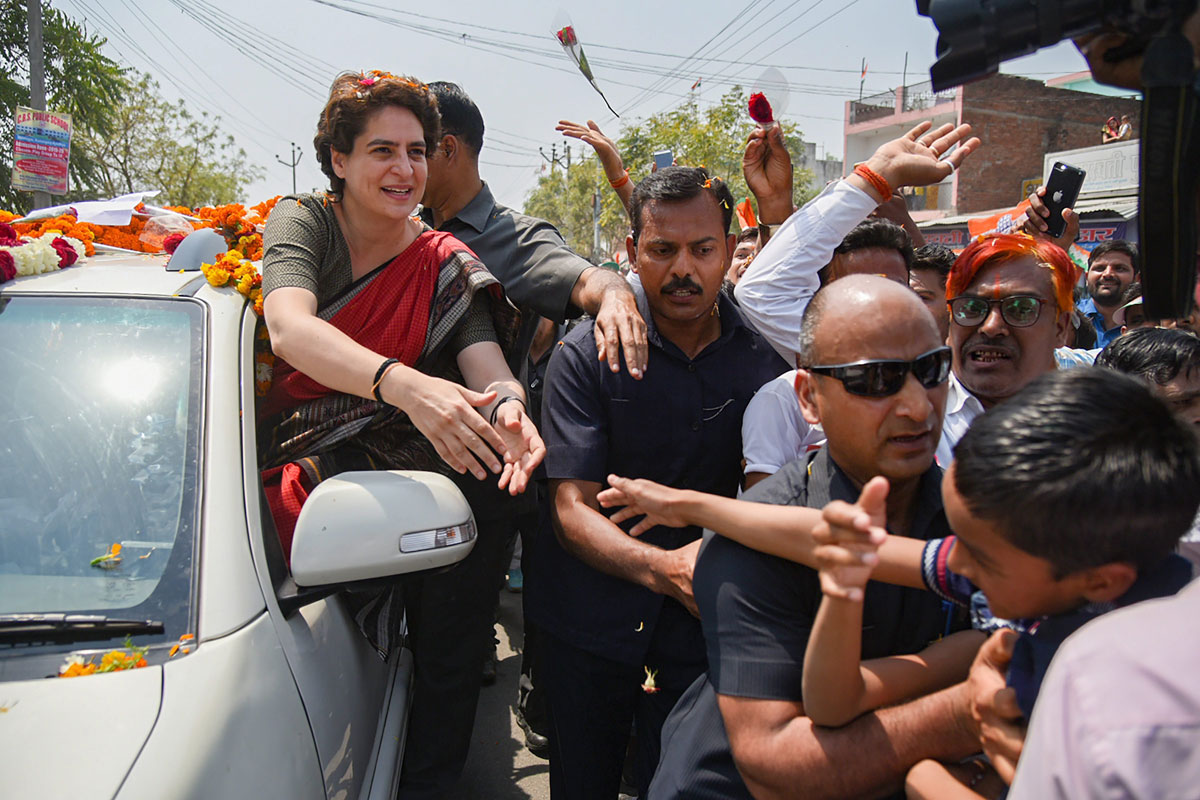 Congress general secretary Priyanka Gandhi Vadra has thrown a hint that she is not averse to taking on Prime Minister Narendra Modi in his own Lok Sabha constituency.

'Shouldn't I fight from Varanasi?' Priyanka said when a party worker asked her to contest from Rae Bareli, according to a participant at the meeting.

During a visit to Rae Bareli, the constituency of her mother, Sonia Gandhi, Priyanka held meetings with party leaders and workers late into Thursday night and faced fresh demands for entering the electoral battle from the constituency.

On Wednesday, in a brief interaction with the media in Amethi, the constituency of her brother and Congress chief Rahul Gandhi, Priyanka had said she would contest the election if the party wants her to do so.

At the Bhueymau guest house in Rae Bareli on Thursday, the Congress in charge of eastern Uttar Pradesh had asked the party workers to highlight among the people the alleged failures and failed promises of the Modi government.

There is no dearth of issues for the Congress. Workers have to go among the people, Priyanka told the party workers who had come from all the assembly segments, as well as the workers of the Jan Adhikar Party, the grand old party's alliance partner.

Priyanka: Beware of braggarts and be aware. ‘Nothing can be more patriotic’