AAP's Amanatullah Khan bagged an astounding 66.09 per cent of the votes in Okhla, within which lies Shaheen Bagh 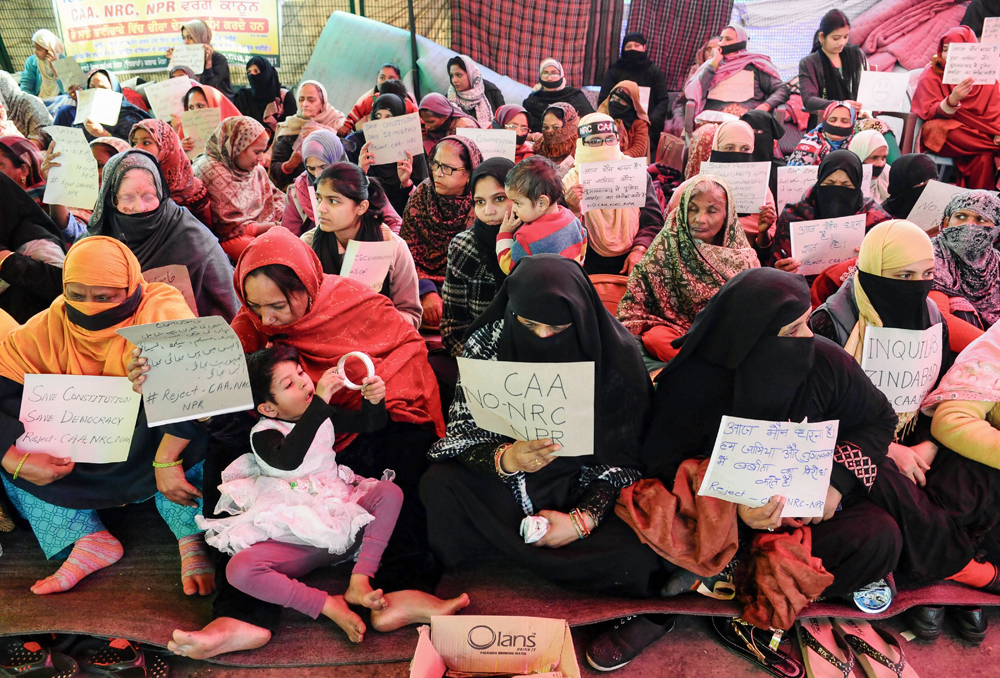 Rarely before had one neighbourhood become the cynosure of an election involving one of the great capitals in the world. Fittingly perhaps, the loudest message from the Delhi Assembly election also came from Shaheen Bagh.

The percentage suggests several voters from the majority community voted for Khan in spite of the concerted attempt mounted by the BJP to polarise the electorate. Compared with that in 2015, Khan’s vote share now has gone up by nearly four percentage points.

This is not to suggest that the polarisation drive was entirely futile. The handful of seats the BJP gained over the last Assembly elections were in East Delhi and Northeast Delhi, home to several anti-CAA sit-ins, mostly by Muslim women.

The BJP wrested Gandhi Nagar, Vishwas Nagar and Ghonda, which share boundaries with Seelampur — a place with a high Muslim population where a large protest has been going on for more than a month. The BJP also defeated the AAP in Badarpur, south of Okhla.

Besides Badarpur, the AAP won all the seats neighbouring Okhla, including Kalkaji which faces the biggest traffic snarls that critics of Shaheen Bagh have blamed on the protest. The AAP candidate secured more than 52 per cent of the votes in Kalkaji.

On January 22, the BJP had changed tack from focusing on the Centre’s regularisation of slums in the capital to attacking the AAP and the Congress for their opposition to the new citizenship regime.

Some of the BJP leaders ran a deeply divisive campaign aimed at maligning the Shaheen Bagh protesters who had drawn attention worldwide, firing cheap shots such as they were being sustained by sponsored biryani.

There were ample signs that the BJP campaign was playing on the nerves of the AAP. This prompted the AAP leadership, who had already stayed away from protests that have led to traffic jams, to advise protesters to call off the agitation. Chief minister Arvind Kejriwal said that he would have got the Shaheen protest site cleared within two hours if his government had police powers, and blamed the BJP for prolonging the agitation.

The voters, at least substantial sections of them, appear to have shrugged off the insinuations and innuendos mouthed by the BJP leaders.

On Tuesday, as the election result became clear, some residents of Shaheen Bagh passed around free biryani. PTI quoted Sharvari, 75, of Shaheen Bagh as saying: “Amanatullah is like our son and his victory is not by chance. The AAP has understood the pulse of Delhi. Today we want to distribute biryani to all those politicians who called our protest politically motivated and accused us of eating sponsored biryani.”

AAP supporters mocked Union home minister Amit Shah’s call to press the EVM button so hard, that the current is felt in Shaheen Bagh. In the party office, they held up a banner of Shah that asked, “Current laga kya (Did you feel the current)?”

The damage to the AAP overall has been minimal, losing six seats and winning Mustafabad, which also has an ongoing protest, from the BJP.

The Congress fielded four-time MLA Parvez Hashmi in Okhla but he secured only 2.59 per cent of the votes there.

The Congress also fared badly in other areas where anti-CAA agitations are on. Unlike the AAP, Congress leaders had actively participated in these protests. The anti-BJP vote in most seats with a high Muslim population has gone to the AAP en masse, which prevented the BJP from winning through a division of the votes.