Maneka Gandhi's draft anti-trafficking bill is facing stiff opposition from sex workers, who claim it has failed to consider a top court panel's recommendation that they be included in the fight against the menace. 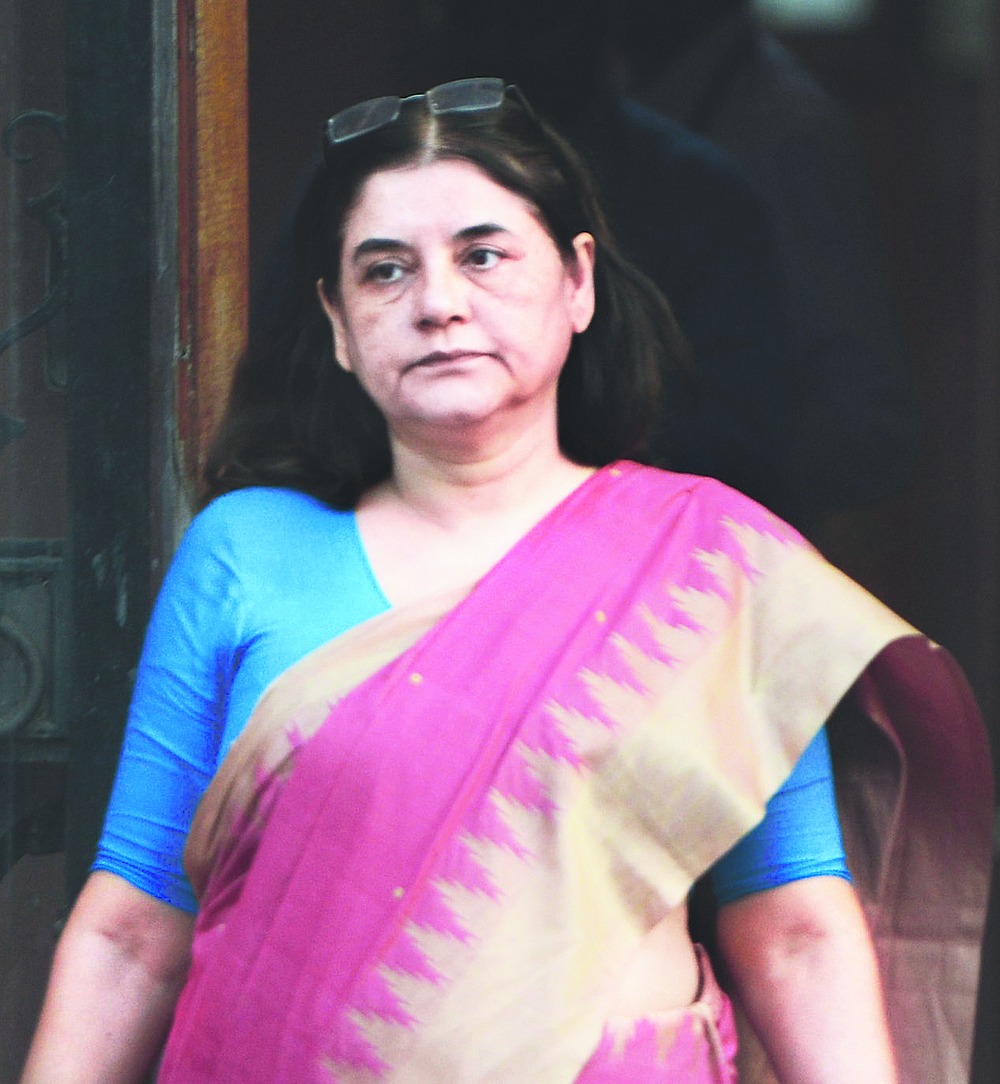 New Delhi, Jan. 27: Maneka Gandhi's draft anti-trafficking bill is facing stiff opposition from sex workers, who claim it has failed to consider a top court panel's recommendation that they be included in the fight against the menace.

One major area of concern in the draft bill is that it has no provision for sex work done with consent or voluntary sex work. All acts listed as offences presuppose that doing sex work always entails trafficking and can never be voluntary.

"The bill virtually equates trafficking with sex work. Despite a Supreme Court panel report recommending that sex workers be made a stakeholder in the process of inclusion and mainstreaming, the bill keeps us out," said Kusum, the president of the All India Network of Sex Workers at a news conference.

Sources said Maneka's women and child development ministry had finalised the bill and was preparing a cabinet note for the draft Trafficking of Persons (Prevention, Protection and Rehabilitation) Bill, 2016 - pitched as India's first comprehensive bill to combat human trafficking.

Sex workers and activists working with them said the ministry had not included in the draft bill many provisions laid down by the top court panel, formed in 2011 to review the status of sex workers. For instance, it does not explain "place of sex work" despite the panel suggesting that a definition of "brothel" be included.

The panel has also recommended the removal of a section in the present Immoral Trafficking Prevention Act, which allows police to harass or intimidate sex workers for soliciting. But the draft bill allows any law-enforcement official to raid at will without a warrant.

Another suggestion is that a multi-stakeholder board be formed in every district; half the members of the board will be sex workers who will work with police's anti-trafficking units for effective prevention. The draft bill provides for district-level committees but has no clause enabling a sex worker to be a member.

"The fact that we are not considered stakeholders means we are completely left to fend for ourselves. We are also against trafficking, and we have our own anti-trafficking mechanisms like the self-regulatory board. We have helped hundreds of girls from being brought into the flesh trade,' said Sangeeta, a sex worker from Calcutta.

The first such board was set up in 1999 in Tollygunge. Between December 2001 and December 2016, about 1,058 trafficked women have been rescued, of whom 836 were minors. At present, there are similar boards in Karnataka, Andhra Pradesh, Maharashtra and other states.

"The bill's model is to use the coercive power of the state to counter trafficking. It will not lead to prevention of trafficking, but will only deal with victims post trafficking. Community involvement in the form of such boards would have ensured that a victim is identified as soon as she lands up in the brothel. If she is a minor, she can be rehabilitated," said Tripti Tandon of Lawyers Collective.

The collective, along with other civil rights groups, has conducted regional consultations in 12 states with 43 sex workers' community groups on the bill.

The community is planning a march in Delhi against the draft bill on March 8.