Saritha Nair accused him of sexually exploiting her at Cliff House, the official residence of the chief minister in 2012 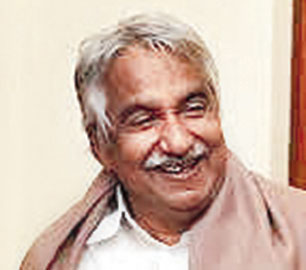 A special investigation team headed by a superintendent of police has been formed, Kerala police chief Loknath Behera said on Sunday.

Chandy claimed the cases were “politically motivated” and suggested an effort by the Left Democratic Front government to deflect people’s attention from the Sabarimala temple controversy.

Nair and a co-accused, Biju Radhakrishanan, had allegedly duped several investors out of crores of rupees by offering to set up solar panel units for them.The Congress-led United Democratic Front government of the day had formed a commission to probe the charges.

The commission’s report, tabled in the Assembly on November 9 last year, said Chandy and four of his personal staff members had “assisted” Nair and her company, Team Solar, cheat customers.

The report contained details of a controversial letter written by Nair on July 19, 2013, to the then police commissioner. In it she had levelled charges of sexual misconduct and corruption against several Congress and UDF leaders, including Chandy, some of his ministers and two former Union ministers.

Kerala High Court had in May expunged the letter’s contents from the commission report after Chandy sought quashing of the panel’s findings against him.