The officer had earlier donated his Magsaysay Award money too 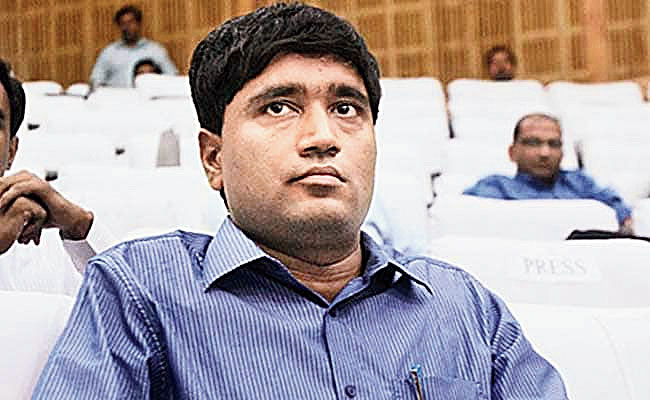 Indian Forest Service officer Sanjiv Chaturvedi, who last month received Rs 25,000 as compensation from the Centre over adverse entries made in his appraisal report, has donated the amount to the Prime Minister’s National Relief Fund.

The officer had earlier donated his Magsaysay Award money too.

After making the contribution to the Prime Minister’s National Relief Fund, Chaturvedi wrote a letter to Prime Minister Narendra Modi.

He requested the PMO to create a special fund to “help out those honest civil servants who have been subjected to similar vindictive actions/harassment, at least to bear their legal expenses and to compensate them”.

He said that such a gesture from the “highest office of the land will give them a sense of security, who are otherwise fighting a difficult battle at their respective work places, at great personal risk and costs”.

In the letter, the officer quoted Sardar Vallabhbhai Patel as saying in Constituent Assembly “you will not have a united India, if you have not a good All-India Service which has the independence to speak out its mind…”.

The officer added that his contribution of Rs 25,000 is in his personal capacity.

In the first week of August, the Centre paid the money as compensation to Chaturvedi in compliance with an order of Uttarakhand High Court in August 2018 after contempt notices were issued in June this year.

Chaturvedi had filed a case before the Central Administrative Tribunal (CAT) on the adverse entries made in his appraisal report of 2015-16 by AIIMS, New Delhi, where he worked as chief vigilance officer from 2012 to 2016.

In response, the Centre apologised and issued a bank draft of Rs 25,000 in the name of the officer.

In 2011, the then Bhupinder Singh Hooda government in Haryana had also paid a compensation of Rs 10,000 to Chaturvedi for harassment.