‘Sad’ truth in the mirror for media, says Ravish Kumar

Journalists are being forced out of their jobs by news organisations, and those corporate owners are never questioned 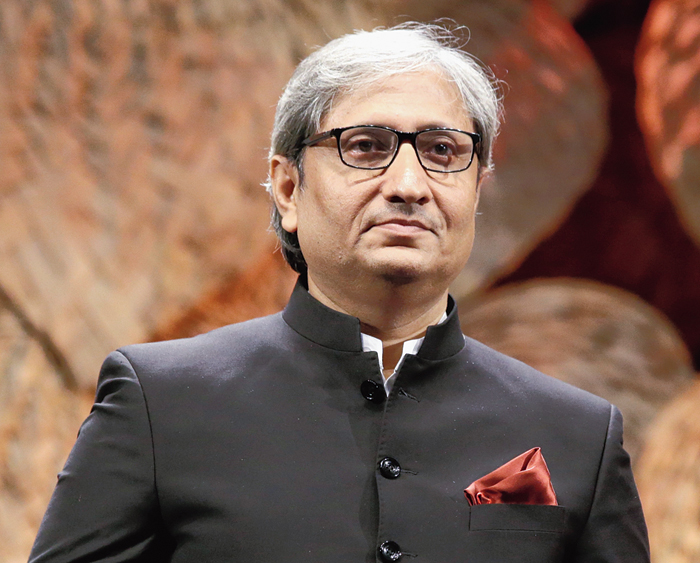 The Indian media is in a state of “crisis” that is not accidental or random but systemic and structural, journalist Ravish Kumar said here on Monday as he received the Ramon Magsaysay Award for 2019.

“Being a journalist has become a solitary endeavour as uncompromising journalists find themselves being forced out of their jobs by news organisations, and those corporate owners are never questioned,” Kumar said.

He was “filled with sadness” looking at the state of the profession he represents, Kumar said.

“Nevertheless, it is heartening to still see some journalists who continue to put their lives and careers at risk to practise honest and meaningful journalism.”

The citation for the award described Kumar as one of one of India’s most influential TV journalists who has been reporting real-life and under-reported problems of ordinary people. He hosts the daily show Prime Time on NDTV India.

Kumar was among five individuals declared winners of the award, which is Asia’s highest honour and celebrates greatness of spirit and transformative leadership in the continent. It is seen as Asia’s version of the Nobel Prize.

He spoke of the “repercussions” of “knowledge inequality”. With the youth denied “better education” in smaller towns and villages, the “propaganda machine of ‘WhatsApp University’” has become the source of knowledge, Kumar said.

“It becomes all the more important here to evaluate the crisis of the media. If the media too begins to function like ‘WhatsApp University’, with fake news and fake knowledge, what then would be the consequences for society?” he said.

Kumar spoke of the Kashmir shutdown and pointed out how “most major news channels went along with the government’s stand”. But he underlined that there were journalists who have dared to report from that shutdown and braved the “army of trolls”.

“While institutional journalism is facing a crisis, individual journalists are struggling to survive and question authority,” Kumar said.

Kumar voiced the hope that young journalists would “in the times to come” be able to “restore the meaning of true journalism”. “It is possible that they may lose the battle. But sometimes resistance is not a matter of choice. Not all battles are fought for victory. Some are fought simply to tell the world that someone was there on the battlefield,” Kumar signed off.