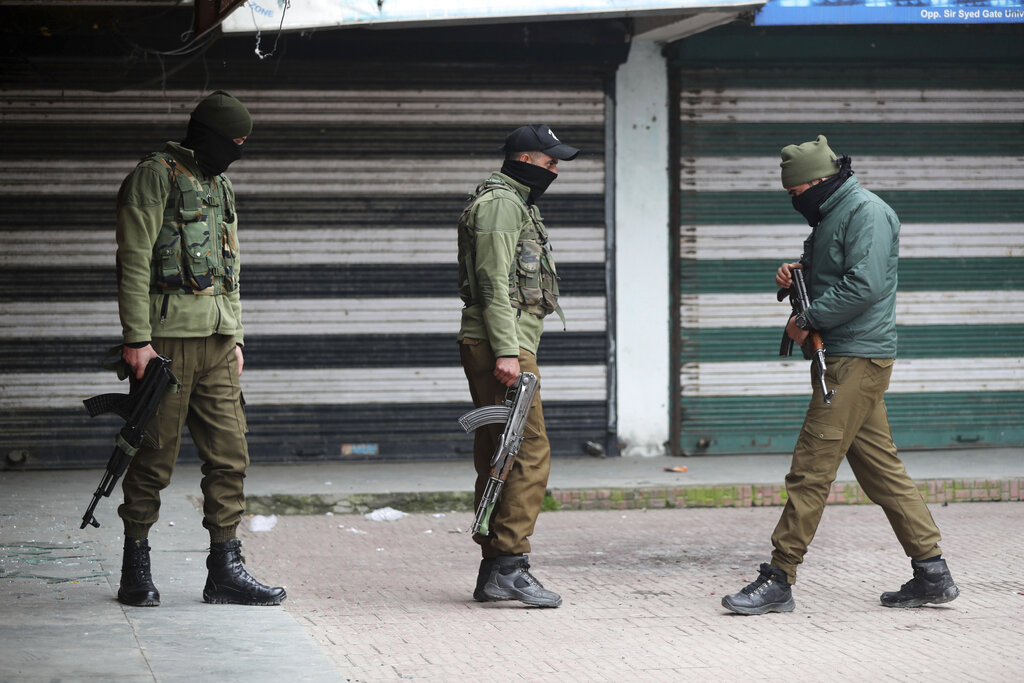 The Kashmir Chamber of Commerce and Industry on Tuesday said businesses had suffered a staggering loss of nearly Rs 18,000 crore in the four-month clampdown that followed the central government’s August 5 move to scrap the then state’s special status.

“The current spell of disruptions could not have come at a worse time,” the chamber said in a preliminary report.

“The present disruption has resulted in loss of jobs to lakhs, borrowers from financial institutions have lost their capacity to fulfil their commitments and a substantial number of accounts are likely to turn bankrupt. Many business establishments have closed down or are contemplating closure.”

The report, released on Tuesday, said the chamber had adopted two methods to assess the loss — one, a top-down approach, and the other a sector-wise study.

The loss in services, industries and agriculture or allied services amounts to Rs 9,191 crore, Rs 4,095 crore and Rs 4,591 crore, respectively, according to the report.

The sector-wise study of the local economy puts the estimated loss at Rs 14,296 crore. The report said it was an “assessment based on the actual number of unit holders and persons engaged in each sector, job and financial losses suffered by them was undertaken”.

The report said sectors directly dependent on Internet connectivity, such as information technology and e-commerce, had been ruined since the lockdown began in early August as the Centre moved to change Jammu and Kashmir’s constitutional status under Article 370. The state has since been split into two Union Territories: Jammu and Kashmir and Ladakh.

Net services have remained shut in the Valley for the past 135 days, except for a limited window available to a few people including journalists.

The study has focused on the ten districts of the Kashmir Valley that accounts for 55 per cent of Jammu and Kashmir’s total population.

The report said the blow to the economy had come after a series of setbacks over the years. “The floods of September 2014 had a devastating impact on the economy…. This was followed by the six-month-long shutdown and protests of 2016 (after the death of militant poster boy Burhan Wani). Subsequent policy decisions of demonetisation and implementation of (the) Goods & Services Tax (GST) created further financial stress on the economy of Kashmir,” the report said.

The report warned of more trouble ahead, claiming the focus of the promised development appeared to be non-local investors and investments. The revocation of key provisions of Article 370 has lifted the ban on outsiders from owning land in Jammu and Kashmir.

“There is a feeling amongst local stakeholders of exclusion and marginalisation. Kashmiri economic interests appear to be in harm’s way and the continuation of the present situation only leads towards distress sales of assets and bankruptcy,” the report said.

“The agenda of development itself, in view of the existing situation and the injured financial condition of locals, would only appear to be segregationist and predatory in nature.”

The chamber said an environment that required a heavy presence of troops “armed to the teeth, curtailment of basic liberties and choking regulation which has left Kashmiris reeling” couldn’t be conducive for development.

It sought a proper environment for debate and discussion that “entails the immediate release of prisoners representing the political, constitutional, religious, civil and business leadership of Kashmir and the youth held captive since more than four months and lifting of all curbs”.

Dozens of political leaders and many others are still in detention, either in jail or under house arrest.