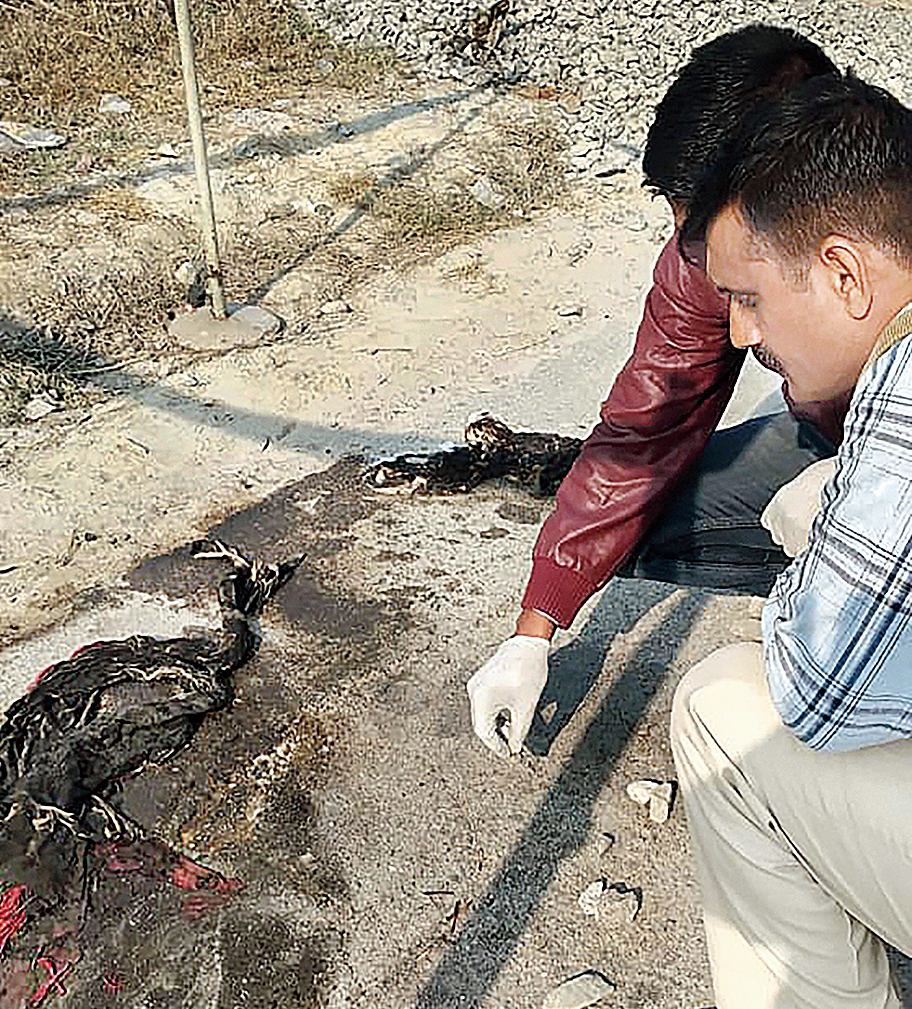 Two men accused by a woman of gang-raping her allegedly set her on fire on Thursday in Unnao, where an arrested BJP lawmaker and his brothers stand accused of gang-raping and trying to kill another woman.

The family of the latest victim, who is critically ill, said the accused Shubham Trivedi and Shivam Trivedi had threatened to kill her if she didn’t withdraw her gang-rape complaint, but the police would not act because the duo had political connections.

“The duo had held a meeting in our village two years ago and changed its name from Bhatan Khera to Hindu Nagar,” she said.

Thursday’s attack took place shortly after the 22-year-old woman had left home with a neighbour at 4am to catch a train to Rae Bareli, where the gang-rape case is being heard.

Her mother said: “The neighbour told me the accused and three of their friends dragged her into a crop field about 500 metres outside our village, attacked her with batons and knives, poured kerosene on her and lit a match.”

The victim’s uncle said the police had arrested Shivam in February, two months after the alleged gang rape, but kept claiming that Shubham was in hiding. Shivam received bail after three months.

“Both of them repeatedly threatened to kill us if we didn’t withdraw the gang-rape case. We complained to the police last month but they did nothing to protect us or rein the duo in,” he told reporters.

The incident comes a day after state police chief Om Prakash Singh had boasted in Etawah that rape cases had fallen by 28 per cent under the rule of Yogi Adityanath, who said in Gorakhpur the same day that hardly any crimes were now committed in Uttar Pradesh.

On Thursday, Singh evaded media queries on the police’s lapses in Unnao: the failure to arrest Shubham, avert bail for Shivam or act on the complaints from the woman’s family.

“It’s an unfortunate incident. We brought her to King George’s Medical University in Lucknow with 60 per cent burns and recorded her dying declaration,” Singh said.

Police sources, however, said the woman was alive but critically ill with 80 per cent burns, and had been flown to Delhi in the evening for admission to Safdarjung Hospital.

Amid the outcry, state minister Ranvendra Pratap Singh said “even Lord Ram cannot guarantee a 100 per cent crime-free” society, a PTI report said. He promised that the guilty would be punished.

All five accused have been arrested. Apart from Shivam and Shubham, the three others are Harishankar Trivedi, Ram Kishore Trivedi and Umesh Bajpai.

Shubham and Shivam had allegedly kidnapped the woman on December 12 last year, taken her to Lalganj area of Rae Bareli and gang-raped her for two days. She somehow fled their captivity and got a case registered in Rae Bareli, 98km west of Unnao.

Kuldeep Sengar, the Bangermau MLA in Unnao, his brother Jaideep and two of their henchmen have been in Tihar jail since last year on the charge of gang-raping a girl in 2017 when she was a minor.

They are also accused of getting her father arrested on false charges and beaten to death in judicial custody in April 2018 because the family would not withdraw the complaint.

On June 28 this year, the complainant and her lawyer were grievously injured and two of her aunts killed when a truck collided with their car on a Rae Bareli road. Manoj, another brother of Kuldeep, was accused of murder and conspiracy but died in Delhi last month.