Advertisement
Home / India / Raj Thackeray tells it as it is on Modi, and connects

Raj Thackeray tells it as it is on Modi, and connects

'When your Jain friends are into beef export, why are others being blamed?' Thackeray asks 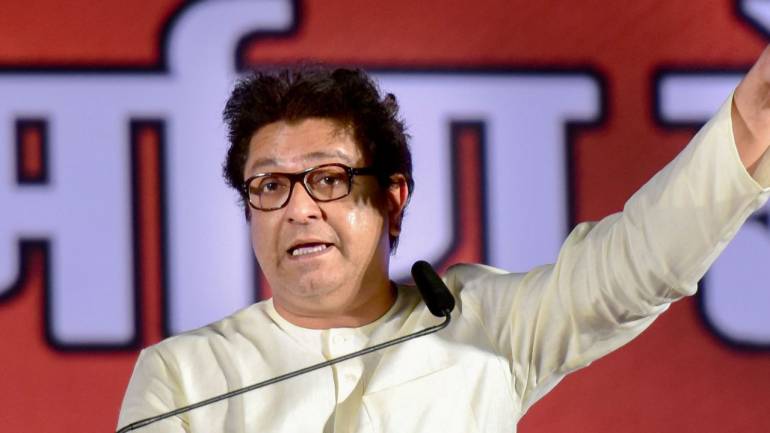 The man on the stage is Raj Thackeray but the three giant screens are showing Narendra Modi.

“I have some Jain friends. They too are associated with this (beef export) business,” a video clip shows Modi telling a television interviewer in the run-up to the 2014 general election.

Cut to the Maharashtra Navnirman Sena chief. “When your Jain friends are into beef export, why are others being blamed?” Thackeray quips from the dais.

Although Thackeray’s party is not contesting this election, having failed to find allies, he has been holding campaign rallies across Maharashtra, screening videos of speeches Modi delivered before and after the 2014 polls to highlight contradictions between them.

His campaign is likely to benefit the Nationalist Congress Party-Congress alliance, a political analyst said.

On Thursday, as the rally near Pune’s Sinhagad Road gets over at 9pm, software engineer Mayur Bagul, 30, emerges smiling with his friends. He feels his two-hour wait for Thackeray’s speech was worth it.

Bagul had earned his master’s in computer engineering from the University of Texas in 2016 but returned to India in early 2017 after an unsuccessful six months looking for a job in the US.

American companies would not hire him because of the uncertainty over the US government’s policy on H1B visas, which foreigners need to work in specialised jobs in the country but which President Donald Trump had spoken about limiting.

Bagul accuses the Modi government of failing to take up the issue forcefully with Washington. “India is purchasing so much from the US --- military and other items,” he says.

“American companies are reluctant to hire Indians and the Modi government has failed to persuade the US government on the subject. There are no jobs in India, and those that were available to Indians in the US are no longer there. Our government is silent.”

Thackeray spoke about the job crisis in India and asked Modi to respond.

Neeta Palve says she came to listen to Thackeray’s “very inspiring” speech. “His presentation is unique. I came on my own to listen to him,” she says.

“The BJP should respond to his questions. But the Prime Minister is talking about Pulwama and Balakot, not the basic questions of jobs and social harmony.”

A police officer said nearly 50,000 people attended the meeting, adding that the organisers had not arranged their transport.

Thackeray has always had a reputation for oratory, but what has enhanced the attraction of his current rallies is his use of technology.

Although Thackeray’s speech lasted an hour, he actually spoke for 30 minutes. The rest of the time, he played videos of Modi’s speeches.

“Five years ago, Narendra Modi promised to create two crore jobs every year, bring back black money and many things. He did nothing. These days he is not touching these issues. Now Modi is portraying himself as a victim of Opposition attacks over his caste,” Thackeray says.

Cue a video clip of a recent Modi speech. “The Congress and its friends abuse me because of my caste,” the Prime Minister is heard saying. Modi belongs to the Other Backward Classes, who make up over half the country’s population.

The images on the screens change --- now a video is showing upper caste people flogging Dalits, whose hands are tied. The atrocity took place in Una, Gujarat, in 2016 on the pretext that the Dalits were slaughtering cows.

“He is talking about his caste, but see what is happening to Dalits in his own state,” Thackeray says. Then follows the Jain-friends-beef-export video.

The screens switch to footage of a 2014 campaign speech by Modi. He refers to the December 2012 bus gang rape in Delhi and asks people to respond to atrocities by “pressing the EVM button.

Thackeray then asks his team to show another video where Modi, now Prime Minister, tells an interviewer there should not be politics over rape.

Thackeray cites national rape figures, showing a rising trend till 2016-17. The National Crime Records Bureau, which functions under the Union home ministry, is yet to release the crime statistics for 2017-18, already delayed by five months.

“Why has the report on crime not been published? Because crime is increasing,” Thackeray says.

He underscores how business is booming for Ramdev’s Patanjali and how bank-fraud accused like Nirav Modi, Mehul Chokshi and Vijay Mallya are being “allowed” to flee abroad.

He screens recent footage of Modi asking first-time voters to dedicate their votes to the soldiers killed in Pulwama. Another video shows the Prime Minister saying that if farmer deaths can be an election issue, why can’t the deaths of soldiers.

“Now he is asking for votes by using jawans. Modi and (BJP president) Amit Shah should be thrown out of Indian politics,” Thackeray signs off.

The bulk of the audience, most of them young, seem to be lapping up Thackeray’s speech. The consensus appears to be that he has been logical and convincing.

“He didn’t speak a word about whom to vote for. All he asked is that we reject the BJP and its allies,” says Jyoti Konde.

An MNS worker said that “saheb” (Thackeray) had started his campaign from Dadar in Mumbai in the first week of April. The meetings take place in the evenings so that the videos of Modi’s speeches can be seen clearly on the big screens.

Nanded, Solapur and Satara have already hosted these meetings. Next in line are Mahad, Nashik, Konkan and Mumbai again.

Ajit Abhyankar, a political analyst in Pune, said what Thackeray was doing was retaining his appeal to Marathis while finding a way to attack Modi without veering leftwards to question his hyper-nationalism or security plank.

On Thursday, Thackeray, whose party has earned notoriety for attacking non-Marathis, began his speech with “My Marathi friends, sisters and mothers”.

When a video showed Modi praising the proposed Mumbai-Ahmedabad bullet train, Thackeray quipped: “So many Gujaratis come to Mumbai, it’s for their benefit. No one from Maharashtra goes to Gujarat.”

He added: “When any head of state visits India, Modi takes them to Gujarat. Why? Is there is no other place in India?”

Abhyankar said: “Raj Thackeray is effective because he is making the right noises, with an added Marathi appeal. He is exposing Modi’s duplicity by showing his videos. He has succeeded in creating doubts about Modi’s credentials. He is a good orator too.”

Pune and 13 other Maharashtra constituencies will vote on April 23. In Pune, the BJP’s Girish Bhalchandra Bapat is pitted against Mohan Joshi of the Congress. 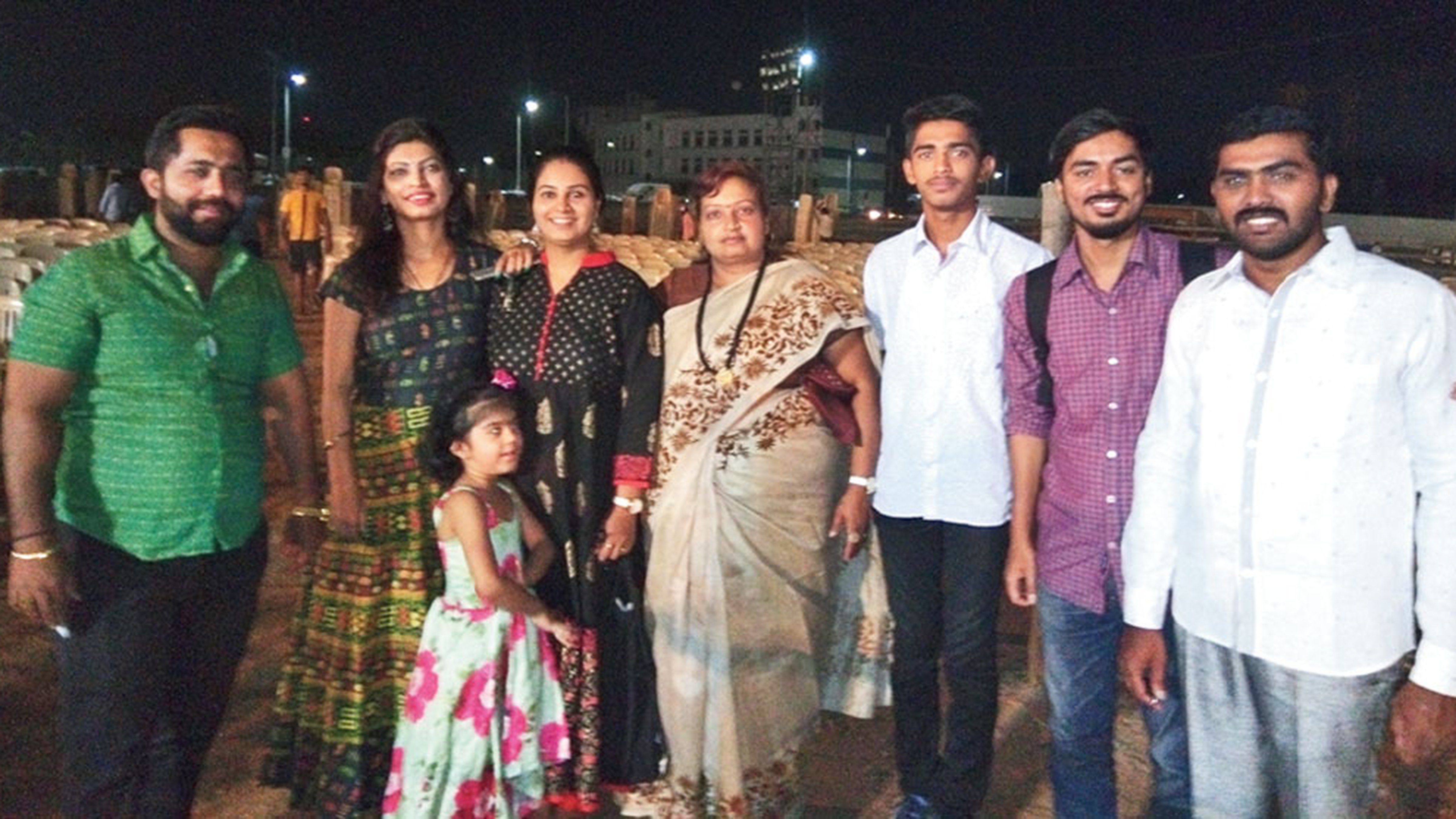