Rahul Gandhi will always have a pre-eminent place in Congress party: P Chidambaram

Thousands of people are hearing an ancient, yet new, message: that this country cannot be allowed to be divided by hate : Former Union minister on 'Bharat Jodo Yatra' 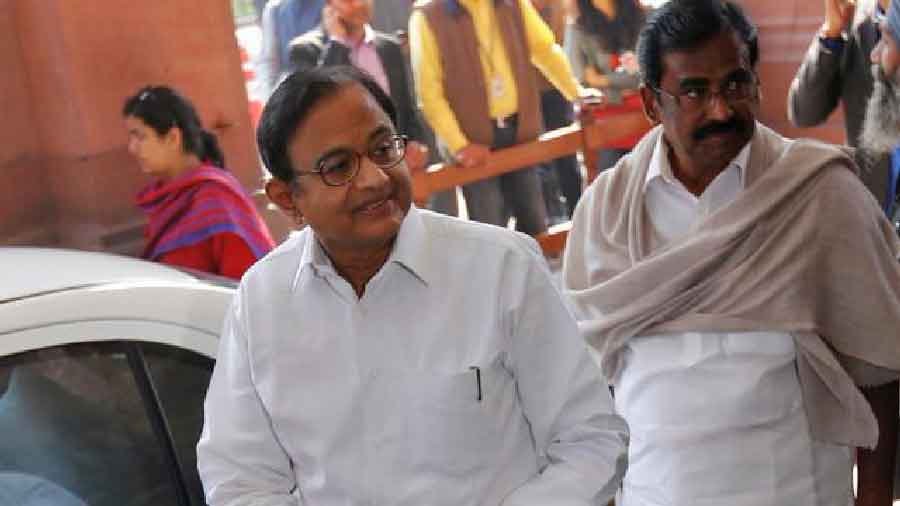 Senior Congress leader P Chidambaram on Sunday favoured a consensus for the post of the AICC chief and asserted that Rahul Gandhi will always have a "pre-eminent place" in the party irrespective of whether he is president or not as he is the "acknowledged leader" of the rank and file.

So far, Rahul Gandhi has declined to take on the mantle of party presidency but may change his mind, the former Union minister and Congress Working Committee member said, just days ahead of the notification of polls to elect the AICC chief.

In an interview with PTI, Chidambaram said there was no occasion for any controversy over the fairness and transparency of the party president polls and asserted that had central election authority chairman Madhusudan Mistry's last statement on the concerns of some of the leaders come on the first day, the matter would have stood resolved.

"Every nominated candidate will be entitled to a copy of the electoral roll. Mr Mistry has since clarified these self-evident points and the MPs have said they were satisfied. The matter is rested," Chidambaram said.

Lok Sabha members Shashi Tharoor, Manish Tewari, Karti Chidambaram, Pradyut Bordoloi, and Abdul Khaleque, had written to Mistry, seeking clarity on the issue of electoral rolls, to which the party's poll panel chief had clarified that anyone wanting to file nomination for the post of Congress president will be able see the list of the over 9,000 PCC delegates at the AICC's central election authority office from September 20.

P Chidambaram also asked if the media had raised such issues when the BJP or any other party held its party elections.

"I cannot recall Mr J P Nadda asking for the electoral roll or filing his nomination!" he said.

Asked whether consensus or elections would be better for the post of AICC president, Chidambaram said while election is the default option, "the better course and all parties follow this is to elect a national president by consensus".

"If my recollection is correct, Mr Nadda, and before him Mr Amit Shah, Mr Rajnath Singh and Mr Gadkari, were all elected by consensus," he said.

On whether Gandhi will heed appeals of party workers and leaders, Chidambaram said he does not know the answer to that question.

"Rahul Gandhi is the acknowledged leader of the rank and file of the party. They want him to be the President of the party also. So far, he has declined. He may change his mind," the senior Congress leader told PTI.

Asked whether the Gandhi family will continue to occupy a place of pre-eminence in the party if a non-Congress president is elected, Chidambaram cited the history of the Congress and pointed out that between 1921 and 1948 Mahatma Gandhi was the acknowledged leader of the Congress, and afterwards, Jawaharlal Nehru and Indira Gandhi, one following the other, was the acknowledged leader of the party.

The Rajya Sabha MP said that if Rahul Gandhi is elected Congress president, he will be both leader and president, but if he is not, he will remain the acknowledged leader of the party and there will be another person holding the office of president.

"Rahul Gandhi will always have a pre-eminent place in the party," Chidambaram asserted.

Asked if a non-Gandhi family person will command the same respect and authority, the senior leader said the office of Congress president carries with it a great tradition and history, vast powers and huge responsibilities.

"I am certain whoever is elected Congress president will rise to the occasion and command respect among the leaders and the rank and file of the party," he added.

The notification for the Congress president's election will be out on September 22 and the process for filing nominations will be held from September 24 to 30.

The last date for the withdrawal of nominations is October 8 and the election, if required, will be held on October 17. The results will be out on October 19.

Talking about the party's Bharat Jodo Yatra that began on September 7 from Kanyakumari, Chidambaram said that from what he saw in Tamil Nadu on the first two days, and from what he has gathered from his colleagues in Kerala, a large number of dormant Congressmen and women and sympathisers came out of their homes and joined the padayatra for short or long distances.

Many hundreds more stood on the roadside and welcomed and cheered Rahul Gandhi and the yatris, he said.

"It means that the elephant has been awakened. Thousands of people are hearing an ancient, yet new, message: that this country cannot be allowed to be divided by hate or anger or communal conflict; that love and tolerance and fraternity will unite the people of the country; and that such unity alone can lay the basis for economic and social progress," Chidambaram said.

This message is very different from the divisive and hate-filled messages that we have heard over the last seven years, he said.

Chidambaram cited the lines from a poem written a hundred years ago by Tamil poet Subramania Bharati which translate to, "So that this country may arise as one, come forward to do a great deed! Come! Come!".

"As this message resonates throughout the country, it will certainly rejuvenate and revive the Congress," he asserted.

On the BJP's criticism of the yatra, Chidambaram said the ruling party was not prepared for the kind of response that the yatra has evoked and alleged that its leaders were resorting to misinformation, lies, mocking and abuse.