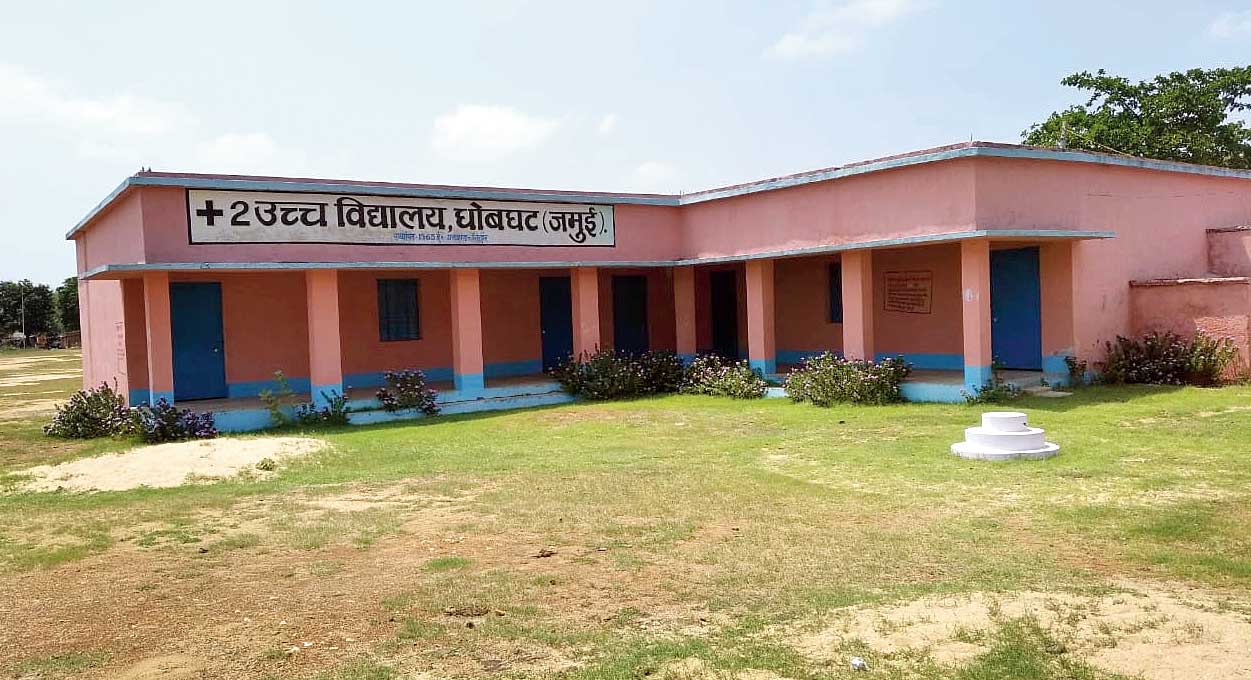 Kamta Prasad, headmaster of a government higher secondary school at Dhobghat in Jamui district of Bihar, was feeling relieved after an anxious week. Then he got the shock of his life.

It was May 28, he told The Telegraph. On May 21, he had received a letter (dated May 20) from the block development officer (BDO) of Giddhaur saying his school had been notified as a quarantine centre for migrant workers returning from other states.

Prasad wrote to the BDO on May 22 asking for money and the other articles he needed to provide the labourers with beds, food, sanitation and safety. Nothing arrived, leaving him fretting about what would happen when the migrants came.

By May 28 morning, he was at ease because a week had passed and no one had arrived. Perhaps there’s been a change in plans, he thought to himself.

That’s when someone drew his attention to a leaked official document.

It was a “daily report”, dated May 28, prepared by Giddhaur circle officer Akhilesh Kumar and submitted to the BDO. Written in the form of a chart, it named 13 quarantine centres in the block and said 908 people had been “registered” there. Of these people, it put 649 under the head “discharged from camp on completion of their quarantine” and 259 under “the number of people still left in the camps”.

One of the 13 centres was Prasad’s school in Jamui, around 170km from Patna.

The report said 20 people had been registered there and all had been discharged after completing their quarantine period (14 days).

“I became nervous because it had the looks of a scam. I called up the circle officer but he scolded me and said the document only showed the capacity of the quarantine centres and not the actual number of inmates,” Prasad told this newspaper. “So I decided to put it in writing. I sent a letter to the circle officer about the entire situation and sought suitable action.”

Considerable amount of money and materials pass through the hands of the officials who run the migrant quarantine system. Jamui district magistrate Dharmendra Kumar told this newspaper there was “no scam whatsoever”.

However, as word about the leaked document spread, the headmasters of several other schools that had been turned into quarantine centres too came out to question the figures in the report.

Razia Khatun, the mukhiya of Gangra panchayat, wrote a letter to the Jamui district magistrate seeking a probe into the May 28 report, questioning its claims about the number of migrant workers quarantined in her area.

The headmasters of the government middle schools in the Gangra and Keval panchayats too have spoken to the media challenging the May 28 letter’s claims.

Bhagirath Kumar, the headmaster from Seva panchayat, said the report showed 20 people were quarantined at his school although no one had arrived.

Pandey, the headmaster from Maura, said: “Four people were quarantined at my school, but the circle officer’s daily report shows the number as 25.”

The headmaster of the school at Keval has been quoted as saying 28 people were quarantined there but the BDO’s report shows a figure of 38.

Bihar chief minister Nitish Kumar garlands the prototype of a statue of George Fernandes in Patna on the socialist leader’s 90th birth anniversary on Wednesday. The chief minister unveiled through video conferencing the life-size statue of Fernandes in Muzaffarpur, the constituency which the stalwart had represented several times in the Lok Sabha.
(PTI)

Chief minister Nitish Kumar on Wednesday said his government was spending “around Rs 5,300 on the 14-day quarantine of every migrant worker” — with a substantial part of the cash passing through the hands of the circle officers, a district magistrate said on the condition of anonymity.

The official said this sum included Rs 125 per day on each quarantined worker’s food; a Rs 600 “dignity kit” of a toothbrush, toothpaste, comb, soap, shampoo, hair oil, mirror, steel plate, bowl and glass, and a set of clothes; and a Rs 400 kit of a mosquito net, bucket, mug and a cotton mat, among other articles.

Beds and mattresses are also being rented, cooks being hired and money being spent on cooking gas. “The circle officers are in charge of all the procurement, expenditure and distribution,” the district magistrate said.

Giddhaur BDO Gopal Krishnan told this newspaper: “Migrant workers were sent to the schools to be quarantined, but later directions were given to release them and they were discharged after two days.”

Asked how they could have been discharged when they did not arrive at the schools, the BDO evaded a direct reply but said specifically about the Dhobghat school: “The workers arrived there but local politics prevented them from staying. They had to be kept at the local primary health centre and were discharged later.”

He then disconnected the call before this newspaper could ask why no action had been taken against those accused of preventing the migrants from being lodged at the Dhobghat school.

This newspaper could not secure the contact number of the primary health centre to verify the claim that migrants earmarked for the Dhobghat school had been put up there.

Jamui district magistrate Kumar told The Telegraph: “Migrant workers arrived at some of these schools on May 20 but were discharged on May 22 because of a change in guidelines. Only those arriving from red zones were to be quarantined while the others were to be sent home. There’s no scam whatsoever.”

Kumar accused Prasad of being a “litigious teacher who did not allow the (migrant) workers to stay in the school by making various excuses”.

“They were then kept at a hospital. We are taking action against him,” he added.

Kumar could not explain why similar allegations were being made by other headmasters, or why the report suggests that all the discharges were made after completion of the quarantine period.

He later forwarded to this newspaper a probe report by the officer in charge of the district disaster management branch, which says 20, 20 and 30 people were registered for quarantine at the Dhobghat, Seva and Gangra schools, respectively, and were discharged after two days.

It says that with the state government changing the quarantine guidelines, a “process was started to send migrant workers who had come from category B and C cities or states to home quarantine”.

“Written pledges were taken from all of them and they were sent to home quarantine on the night of May 22 and the quarantine camps were closed.”

The probe report does not mention that the headmasters of all three schools have said no one was quarantined there. Nor does it say anything about those purportedly registered with the Dhobghat school being quarantined at a primary health centre.

It, however, says the circle officer’s daily report makes it clear that nobody was quarantined at the centres since May 23 — a claim it has not explained.

Headmaster Prasad denied the BDO’s claim of migrants being prevented from staying at his school, and the district magistrate’s allegation that he had not cooperated with the authorities.

“All this is wrong. What would I gain by getting involved in local politics? I’m not from here; I’m a native of Patna district and am here only to do my job,” he said.

“The truth is that not one migrant worker ever arrived at my school. Do you think I would dare refuse to open my school for the quarantine of migrant workers?”

He asked: “And if the workers were kept at the primary health centre, why does the circle officer’s report mention my school instead of the PHC?”

Bihar has 12,291 quarantine centres in which 13.71 lakh migrant workers have reportedly been quarantined so far. Around 7.94 lakh of them have been discharged.

After each migrant worker completes their quarantine, the state government directly transfers to their bank account the railway fare for their return and an extra Rs 500.