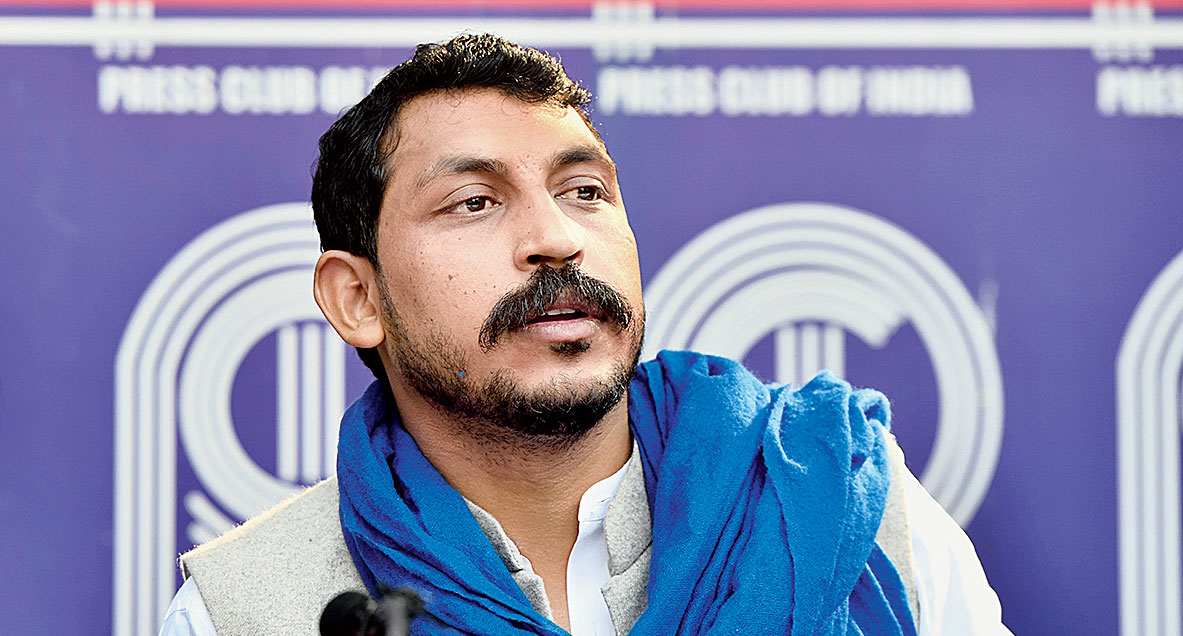 The Supreme Court’s ruling last week that states were not bound to provide reservation in jobs is set to trigger a stream of protests amid indications that the fight for social justice might even converge with the agitations against the citizenship matrix at some places.

Bhim Army chief Chandrashekhar Azad, whose outfit has been spearheading a movement for Scheduled Castes and Scheduled Tribes, gave a call for a march to Parliament on Sunday and a Bharat bandh on February 23 to demand constitutional protection for reservation provisions.

“Our fight is to protect the Constitution. The Prime Minister says he is for the welfare of Dalits. I say, please protect our Dalits,” Azad said on Wednesday.

The Supreme Court had on February 7 interpreted the constitutional provisions for reservation in jobs and promotions for Dalits and tribal people and said states were not bound to provide reservation in appointments and there was no fundamental right guaranteeing quotas in promotions.

The bench of Justices L. Nageswar Rao and Hemant Gupta said “no mandamus can be issued by the court directing the state government to provide reservations”.

The court also said that data on inadequate representation of these classes in public services need not be collected if the state government concerned decides not to provide reservations.

The judgment has left SC/ST groups and those representing the Other Backward Classes concerned over the fate of reservations.

Azad said SC/ST employees accounted for just 5.5 per cent of Class-A central government posts against a provision of 22.5 per cent reservation, while OBCs made up 4.5 per cent against the 27 per cent set aside for them.

The Bhim Army leader demanded that the provisions for reservations be protected under the Constitution’s Schedule 9, which enjoys greater immunity from judicial scrutiny.

Azad has called for the promulgation of an ordinance and has asked Dalit and tribal MPs to take up the matter at party forums.

He also demanded reservation in the higher judiciary. Quotas now are applicable only in the appointment of judges of lower courts, not high courts and the Supreme Court.

Mehmood Parcha, convener of the Samvidhan Surakshya Samiti, said the agitation over reservation would converge with the ongoing protests against the Citizenship (Amendment) Act.

“The slogan we are giving is nagarikata bachao, arakshyan bachao and samvidhan bachao (protect citizenship, reservation and the Constitution). Whether it is the CAA or the NRC (National Register of Citizens), or this judgment about reservation, the socially deprived are the most affected parties. The agitations over the CAA and reservation will converge,” Parcha said.

Article 16 (4) of the Constitution provides for reservation for socially and educationally backward classes in jobs.

The 77th constitutional amendment passed in 1997 introduced a sub-section — 16 (4) (a) — which provided for reservation in promotion for SC/STs on the ground that they were not adequately represented in public services.

“The idea of equality is defeated if reservation is discontinued. Treating unequals as equal is nothing but perpetuation of inequality,” Eswaraiah told The Telegraph from Hyderabad.

In the 2006 Nagraj judgment, the court had ruled that the under-representation of backward classes had to be established with empirical data while giving reservation in promotions.

In the Rohtas Bhankar case of 2014, the court had declared as illegal a government’s order withdrawing relaxation in standards in departmental competitive examinations for promotion of junior officials. It directed the government to implement flexible norms for the affected employees and give them consequential relief with retrospective effect.

Bhankar was among 33 officials who fought against victimisation after the government amended promotion norms in 1997 and withdrew the relaxation.

“The latest judgment is confusing. In my case, the five-judge constitution bench found reservation in jobs and promotions to be valid. It upheld the relaxation given for SC/ST employees in the department examination for promotion,” Bhankar said.

Professor P.C. Patanjali of the OBC Joint Action Committee said the Other Backward Classes were aggrieved by the latest judgment.

“We will fight for our rights. There is inequality in every sphere of society. This order has created doubt about the future of reservation policy. We will hold a major agitation in Delhi in March,” Patanjali said.

Ashok Bharti, president of the All India Ambedkar Mahasabha, has written to Prime Minister Narendra Modi demanding an immediate review petition in the Supreme Court.

If the matter got delayed in the court, the government should take the ordinance route to safeguard quotas, he said.

Bharti said no decision had been taken on whether to support the Bhim Army’s call for a Bharat bandh.