Proposed procurement of Predator drones from US under process: Navy Chief Admiral Kumar 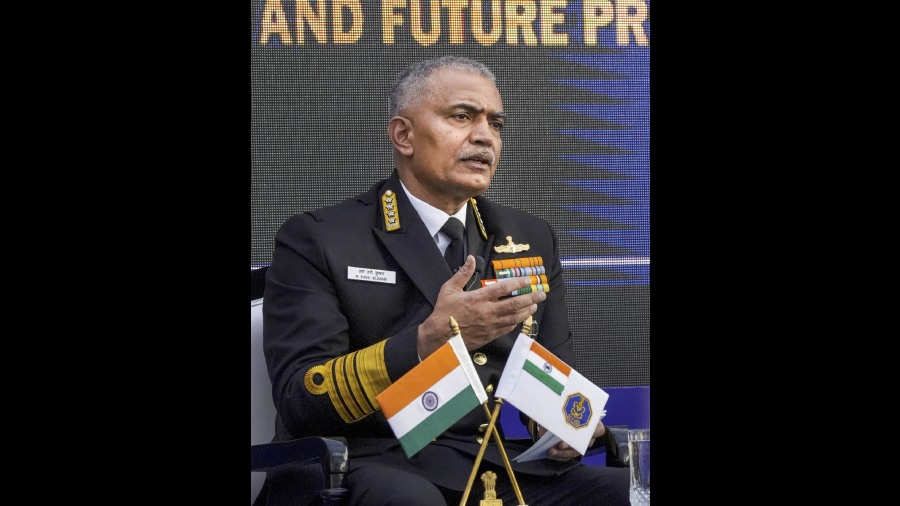 The case for the proposed procurement of a fleet of Predator drones from the US is under process, Chief of Naval Staff Admiral R Hari Kumar said on Saturday.

The original proposal was to procure 30 MQ-9B Predator armed drones at a cost of over USD 3 billion to crank up India's surveillance apparatus along the frontier with China as well as in the Indian Ocean region.

"The case for the procurement is under process. We are discussing whether the numbers have to be rationalised," the Navy Chief said while replying to a question at his annual press conference.

The MQ-9B drone is a variant of the MQ-9 "Reaper" which was used to launch a modified version of the Hellfire missile that eliminated al-Qaeda leader Ayman al-Zawahiri in the heart of Kabul last month.

In 2020, the Indian Navy had taken on lease two MQ-9B Sea Guardian drones from General Atomics for a period of one year for surveillance in the Indian Ocean. The lease period has been extended subsequently.

"We have gained good experiences while operating the leased drones," Admiral Kumar said.

The Indian Navy has been bolstering its surveillance mechanism to monitor growing Chinese activities, including frequent forays by PLA warships in the Indian Ocean Region.

The procurement proposal for the armed drones has been moved by the Indian Navy and all three services are likely to get 10 drones each.

The drone is the first hunter-killer unmanned aerial vehicle (UAV) designed for long-endurance and high-altitude surveillance. The MQ-9B has signals intelligence and communications intelligence systems integrated onboard, but it can take any number of other custom sensors as necessary.