Priyanka hints at being Congress' CM candidate in UP polls 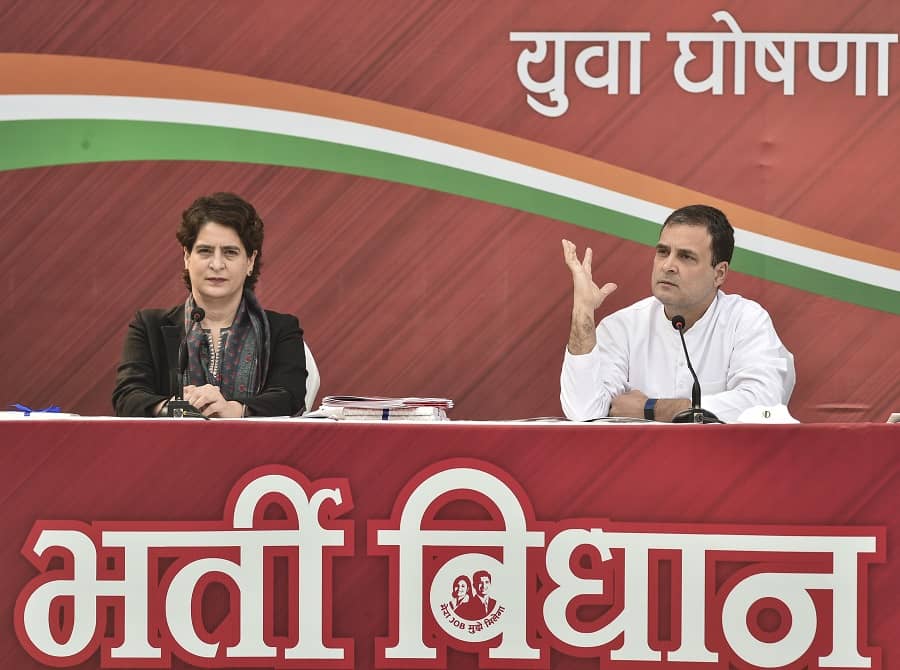 Congress general secretary Priyanka Gandhi Vadra on Friday virtually pitched herself as the party's face in the Uttar Pradesh assembly elections but did not confirm whether she would contest the polls or not.

"Do you see any other face from the Congress party," she had said when asked who would be the party's chief ministerial face in UP polls.

"You are seeing my face everywhere," the Congress leader added while addressing a press conference to release the party's 'youth manifesto' along with her brother and former president Rahul Gandhi.

However, Priyanka later clarified his statement to NDTV and said it would be wrong to assume that she will the Chief Ministerial candidate of Congress.

"I have clearly said I made a tongue-in-cheek remark," she said.

She was asked whether she would herself contest the assembly polls, Priyanka Gandhi said, "We have not yet decided." She said it would be known once that is decided.

Priyanka Gandhi, who is the general secretary in charge of Congress in Uttar Pradesh, said the party would certainly look into supporting other parties if the situation were to arise after the elections.

She, however, said that the Congress would have implemented its vision for youth, especially women, in Uttar Pradesh as a priority while extending any such support for government formation.