He will unveil Bose's hologram in Delhi at 6 pm 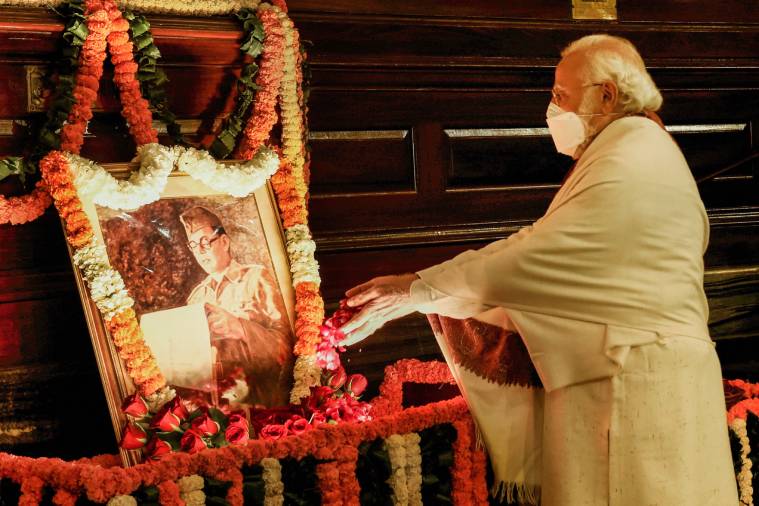 PM Modi on Friday announced that a grand statue of the freedom fighter will be installed at India Gate “as a symbol of India’s indebtedness to him”.

Modi on Sunday paid tributes to Netaji Subhas Chandra Bose on his 125th birth anniversary, and said every Indian is proud of his monumental contribution to our nation.

Modi also greeted people on 'Parakram Diwas', which has been announced by his government to mark the Azad Hind Fauj founder's birthday.

The prime minister tweeted, "I bow to Netaji Subhas Chandra Bose on his Jayanti. Every Indian is proud of his monumental contribution to our nation."

I bow to Netaji Subhas Chandra Bose on his Jayanti. Every Indian is proud of his monumental contribution to our nation. pic.twitter.com/Ska0u301Nv

He is also schedules to unveil Bose's hologram statue during an event at India Gate in Delhi at 6 pm.

Official sources said the dimension of the granite statue will be 28 feet long and six feet wide and added that its installation will be a case of India "reclaiming" its history.

The hologram statue will be powered by a 30,000 lumens 4K projector. An invisible, high gain, 90 per cent transparent holographic screen has been erected in such a way so that it is not visible to visitors, the PMO statement said. The 3D image of Netaji will be projected on the screen to create the effect of a hologram.