Thunder on chopper, silence on bomber 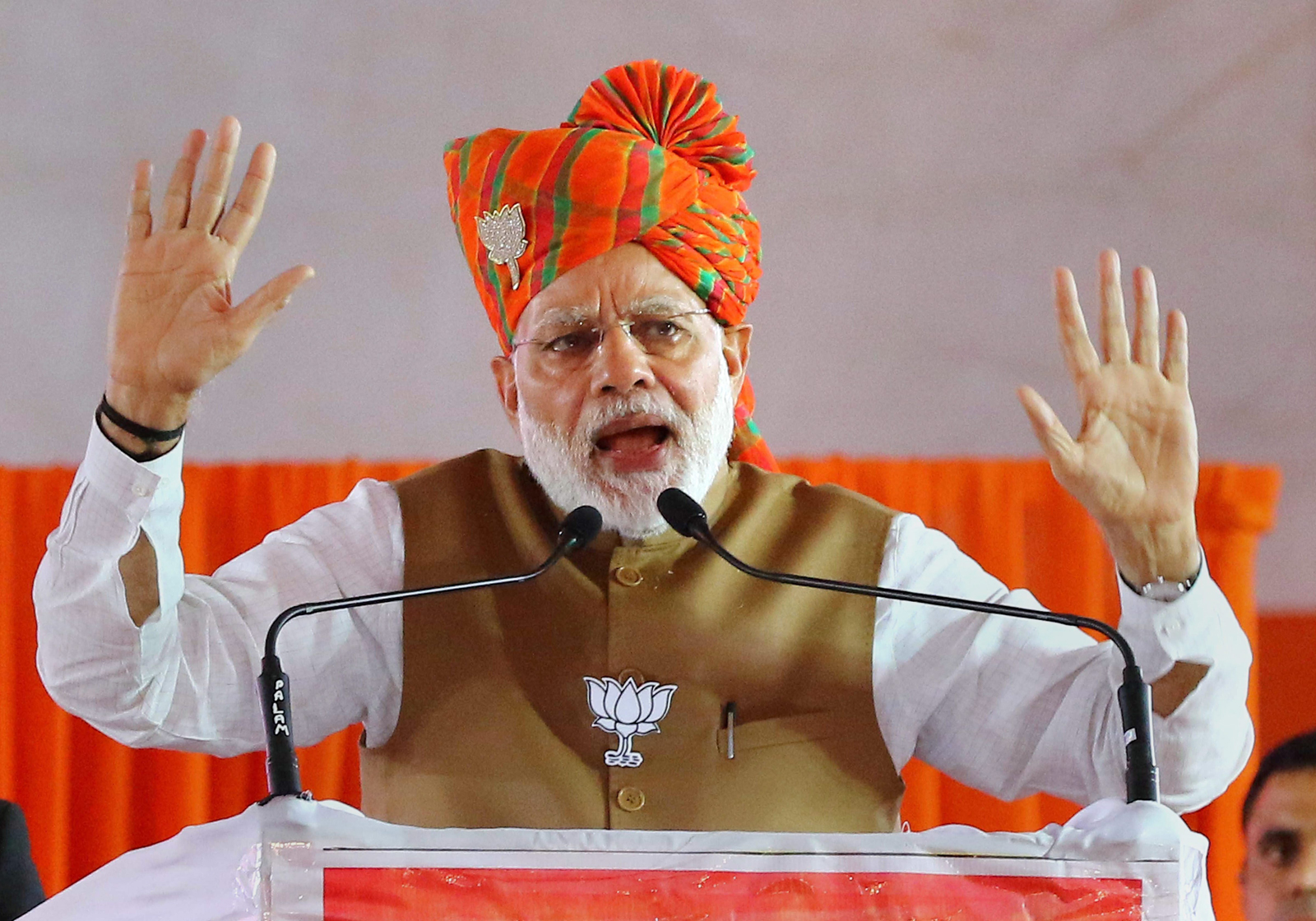 The frigid campaign for the winter Assembly polls ended on Wednesday with clatter over helicopters and silence on combat aircraft — both stemming from the very top of the political pyramid.

Prime Minister Narendra Modi on Wednesday played up British arms agent Christian Michel’s extradition and referred to the “helicopter scandal” but skirted the Rafale controversy while campaigning in Rajasthan.

Wednesday was the last day of campaigning in the BJP-ruled state which, along with Telangana, will go to the polls on Friday, completing the election season this year. The results will be announced on December 11, following which the focus will shift to the general election in the summer.

Michel, wanted by India in the AgustaWestland VVIP helicopter case, arrived in New Delhi from Dubai on Tuesday night after the UAE government cleared his extradition.

The UPA-era Agusta deal was scrapped by the Manmohan Singh government itself while the Modi government is pressing ahead with the Rafale deal over which several questions remain unanswered.

Modi also referred to the National Herald tax assessment case against Sonia Gandhi and Rahul Gandhi, referring to “maa-beta” and alleging that crores of rupees had been siphoned off through a fake company.

“Have you ever wondered how a chaiwalla could do all this, how is he catching every single scamster?” the Prime Minister asked, although several businessmen who became fugitives are yet to be brought back.

He issued a threat to Sonia and Rahul: “Ab dekhta hun kaise bach ke nikalte ho (Now I will see how you escape).”

“They went to court. Yesterday, the court said the government has the right to open old files,” Modi said, terming the Supreme Court’s order a victory of the people.

The top court had on Tuesday allowed the income tax department to scrutinise records for the assessment year 2011-12 in the National Herald case but said any order by the tax wing would be subject to the court’s final decision.

Congress leader P. Chidambaram tweeted: “Whoever briefed Mr Modi on the proceedings in the SC yesterday in the income tax cases deserves to be sacked. If nobody briefed him and it was the Prime Minister’s own conclusion that he had ‘won’ in the SC, the government deserves to be thrown out.”

Memory jog: The scandals and scams that have made headlines during Narendra Modi’s tenure