Booking of tickets has already started, and passport and visa are mandatory for it: Railway Minister 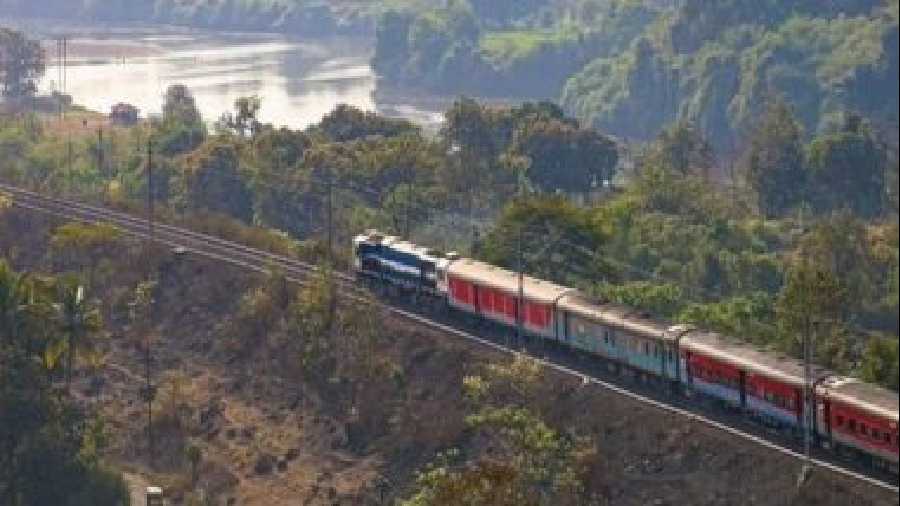 Preparations on at the New Jalpaiguri railway station in Siliguri for the start of a new train service between India and Bangladesh from June 1
Representational picture
Our Bureau, PTI   |   Siliguri   |   Published 29.05.22, 11:11 AM

Preparations are in full swing at the New Jalpaiguri railway station in Siliguri for the start of a new train service between India and Bangladesh from June 1, officials said on Sunday.

Following the successful trial run between New Jalpaiguri and Dhaka, a distance of 595 km, the government of the two countries decided to start the services from June 1, they said.

While 69 km of the train's route is within India, the rest is in Bangladesh.

The Mitali Express will leave the New Jalpaiguri station in northern West Bengal at 11.45 am and reach Dhaka at 10.30 pm Bangladesh time.

It will only stop for 10 minutes each at Haldibari, the last station on the Indian side, and Chilahati -- which is the first station on the Bangladesh side -- for the change of drivers. Otherwise, it does not have any other stoppage, officials said.

Railway Minister Ashwini Vaishnaw and his Bangladeshi counterpart Nurul Islam Sujan will flag-off the train virtually on June 1, they said.

The train will run from India to Bangladesh on Sundays and Wednesdays, and in the opposite direction on Mondays and Thursdays, they added.

Keeping in view the demand of the people of the two countries and the tourism industry of northern West Bengal, the government decided to start the services, a railway official said.

Booking of tickets has already started, and passport and visa are mandatory for it, he said.

Final touches are being given to the train at the New Jalpaiguri railway yard to start the services, while the international passenger terminal is also ready at the station, he said.