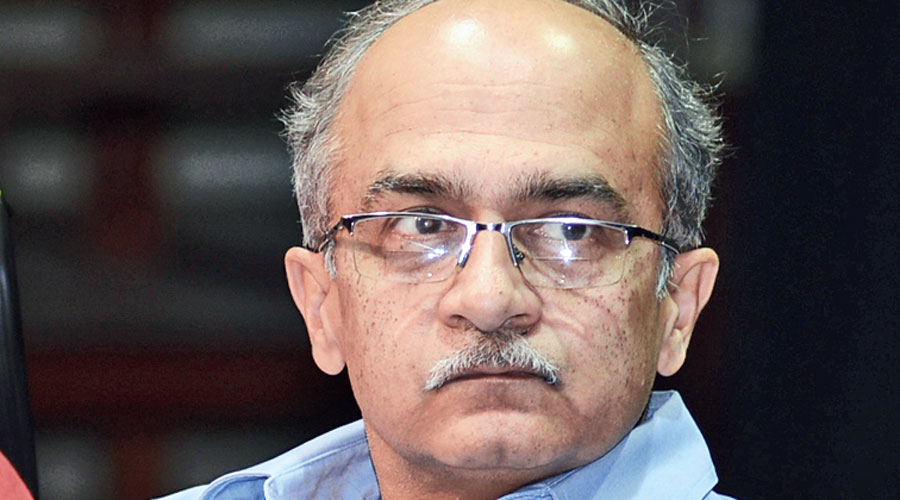 Lawyer Prashant Bhushan has asked the Bar Council of Delhi (BCD) to drop the disciplinary proceedings against him, saying his conviction for criminal contempt of court over two tweets was a “fundamental assault on the freedom of speech” which the regulatory body is supposed to protect as it involves the “dignity, freedom and independence of the Bar”.

Although the Supreme Court on August 31 had let off Bhushan with a token Re 1 fine or three months’ imprisonment if he fails to pay the money, the BCD had decided to initiate contempt against the lawyer for his two tweets. The Bar Council of India and the respective state bar councils are the regulatory body for advocates and legal education in India.

Responding to the showcause notice issued to him on September 21 by the BCD through its secretary Ajayinder Sangwan, Bhushan’s said: “…the Supreme Court judgments holding me guilty of criminal contempt and further sentencing me for the same are a fundamental assault on the freedom of speech and independence of the Bar. The Bar’s independence has been protected by the statutory Bar Councils established under the Advocates Act, 1961. The Bar Councils have been made completely independent of the Government as well as the Judiciary, so that they can protect the dignity, freedom and independence of the Bar.”

“It is for the same reason that the administration and functioning of the Bar Council of India as well as the State Bar Councils have been kept completely independent of the government and the judiciary.”

Bhushan said the two tweets are within the limits of freedom of expression of a member of the Bar and there is nothing in them which could be termed as contemptuous.

“The judgment of the Supreme Court holding me guilty, after disregarding my defence of truth, is thus fundamentally flawed, and an assault on free speech. This judgment would have the effect of criminalizing any criticism of the functioning of the judiciary and would have a chilling effect on the right of lawyers and citizens to voice their opinion,” Bhushan said.

He said it is a settled law that the Supreme Court or high courts have no power to bar a lawyer from his right to practice while holding him guilty of contempt. This is because that is the sole domain of the Bar Council concerned to apply its own independent mind and come to conclusion whether indeed the advocate has committed an act which the council feels is professional misconduct worthy of suspension of right to practice law.

“Thus, it is submitted that the BCD is not at all bound by the judgment of the Court holding me guilty, and in fact has to form its own independent opinion as to whether my two tweets amount to any professional misconduct.”