How the condition of minority population has improved in Bangladesh 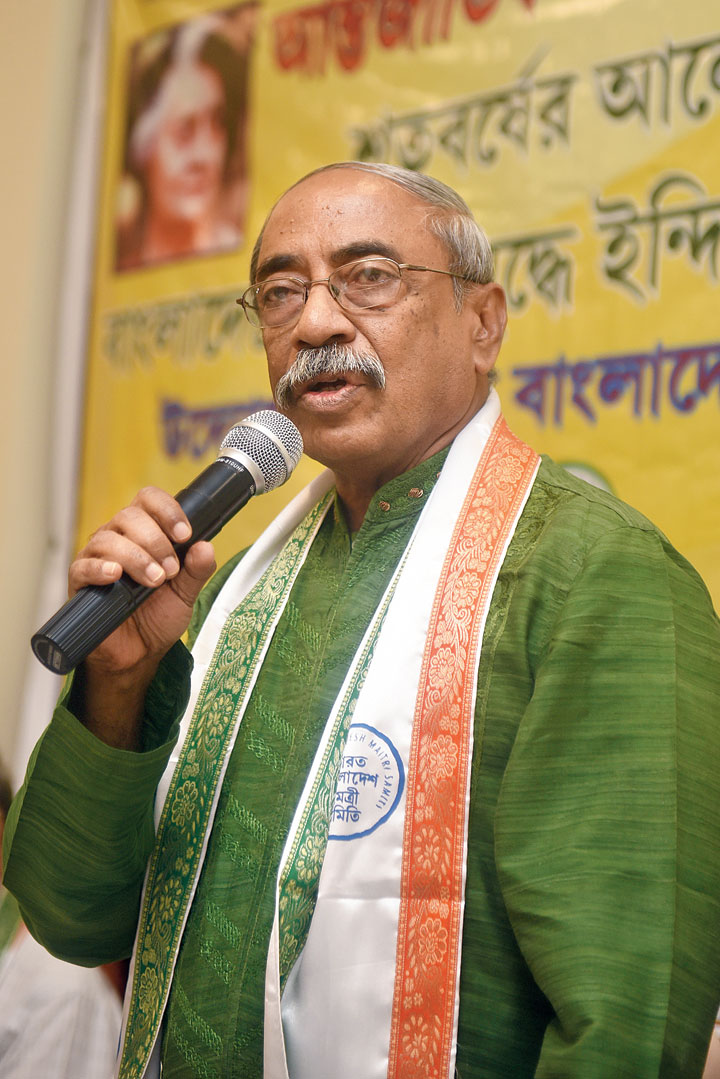 Shahriar Kabir, the human rights activist and author based in Bangladesh, spoke to Subhoranjan Dasgupta, professor of human science, in September.

Q. Defying earlier trends, the latest relevant figures have shown that the percentage of Hindu population in Bangladesh has increased, from 8+ per cent to 10+ per cent. What are the reasons for this increase?

Kabir: Right from 1947 to 2008 or 2009 Hindu Bengalis living in the East had to suffer a lot. First, the Pakistani government, and then Bangladesh ruled by the BNP and Jamaat persecuted the Hindu Bengalis with impunity. Bengali Hindus were assaulted and terrorised.

The crucial change took place with Sheikh Hasina and the Awami League coming to power in 2009. The change was so crucial that out of 3 lakh Hindus who had crossed the boundary, two-and-a-half lakh returned to Bangladesh. Why? Simply because the powerful Hasina regime cornered the Jamaat-BNP combine and introduced radical changes.

Differences and inequality between the communities were greatly reduced, the job market was thrown open for the Hindus, instances of assault and hounding were reduced substantially and the result of all these measures was the return of Hindus to their country of origin.

Q. We have been informed that before and after every election, the Hindus were tyrannised by the Jamaat in particular. They were simply not allowed to exercise their voting power. What was the situation during the last election?

Kabir: Yes, you are correct, but it also needs to be said that since 2009 the picture has changed drastically. In fact, we — the fighting secularists — were determined to thwart the evil designs of the BNP-Jamaat and we began our campaign six months before the election.

Our aim was simple — the Hindus should be allowed to vote without fear or favour. We concentrated on 61 constituencies where there is a substantial Hindu presence and the civil administration, including the police, as well as the human rights commission cooperated with us.

Police pickets were placed in sensitive and remote regions and the result of this intense effective campaign was that the Hindus voted without any obstruction. In all probability, the majority Hindu vote bank opted for the Awami League.

Q. What actual measures have been adopted by the ruling Awami League to improve the living conditions of the Hindu minority?

Kabir: First, the Awami League has established an atmosphere of peace and security. The Hindus are living without fear. Second, they are being given more concrete opportunities in the job market, especially in the sectors of administration and education.

Three types of welfare measure are being implemented: the immediate, short term and long term. While creating jobs for the minority is an immediate measure, our long-term goal is to get rid of the Islamic strains in the country’s Constitution.

We are determined to create a pro-people welfare state, where communalism will not have an inch of space. In order to reach this goal, we have established the National Minority Commission, which functions as a watchdog.

Believe me, we are determined to go back to the 1972 Constitution which reflected the spirit of the Liberation War and proposed four unshakeable elements — socialism, secularism, democracy and nationalism.

Let me give one example of the far-reaching change that has taken place. Abhaynagar in Jessore was inhabited mostly by poor Hindus. In the past the Jamaat simply burnt out the village and hounded out the residents. After Sheikh Hasina came to power, Abhaynagar has been thoroughly rebuilt and now we have pucca roads, stable houses, school, medical centre and a temple there.

Q. The journal South Asia has said that the RSS is working actively in Bangladesh. It has targeted the Hindu minority and is trying to forge a strong Hindu power bloc and a Hindu political party which could act as a power-broker.

Kabir: I have no such information. But I would strongly advise the Hindu community not to form any fundamentalist outfit, because this formation will only communalise the atmosphere and create new differences between the communities. I would like to state candidly that when we speak of a secular, welfare state we include the entire South Asia comprising India, Pakistan, Bhutan, Sri Lanka, Bangladesh and Myanmar.

Q. Quite some time back — if I am not mistaken — the Awami League, pressurised by the Hefazat-e-Islam, introduced some sharp changes in the syllabus. Poems of Chandidas and Michael Madhusudan Dutta and Sarat Chandra’s short stories were deleted because they smacked of Hinduism. Are you trying to incorporate these writings once again in the syllabus?

Kabir: Of course. In fact when this unwelcome job was done, we protested vehemently. We refused to accept these deletions and we are trying our level best to get these included in the syllabus.

We want a thoroughgoing secular syllabus where Chandidas, Michael and Sarat Chandra will be given due and deserving recognition. This effort on our part forms an important section of our comprehensive struggle, which negates the role of religion in politics, governance and education.

Furthermore, religion is totally a sacred and personal disposition, which should have no reflection on the country’s political ethos. We are not going to allow politics and education in the name of religion.

Kabir: I am not surprised. Bangabandhu Sheikh Mujibur Rahman was an ardent admirer of Netaji and his autobiography refers respectfully to Netaji at several points.

Q. Last question — aren’t you on the hitlist prepared by the extremist fundamentalists?

Kabir: There is no love lost between us. I have already been attacked four times and my name appears first, on the top, in the hitlist of the ISIS. They want to get rid of me, but I am determined to carry on my fight in close partnership with Zafar Iqbal, Muntassir Mamun and innumerable other dedicated secularists.