Advertisement
Home / India / Police get custody of activists for 10 days

Police get custody of activists for 10 days

On Friday, a trial court in Pune rejected the bail pleas of Sudha Bharadwaj, Vernon Gonsalves and Arun Ferreira 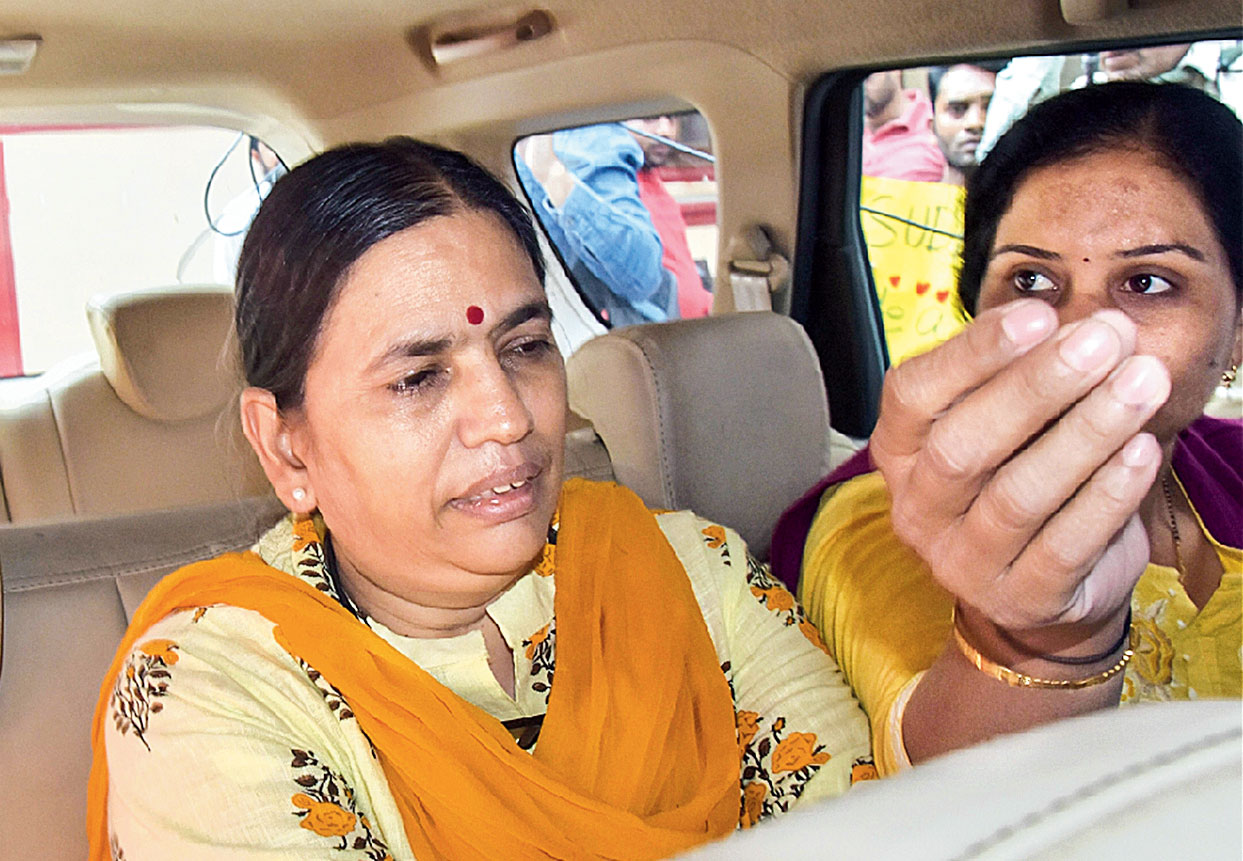 Pune police arrested senior advocate and rights activist Sudha Bharadwaj from her home in Haryana on Saturday after the term of her Supreme Court-ordered house arrest expired.

On Friday, the trial court in Pune had rejected the bail pleas of Bharadwaj and Maharashtra-based activists Vernon Gonsalves and Arun Ferreira, paving the way for their arrests.

Gonsalves and Ferreira were picked up from their homes in Mumbai and Thane, respectively, on Friday evening. They and Bharadwaj were brought to Pune, where the trial court on Saturday remanded them in police custody till November 6.

All three are likely to seek bail from Bombay High Court on Monday.

Advocate Siddharth Patil, counsel for Ferreira, said the term of the house arrest expired only at Friday midnight, and the Pune police had committed contempt of court by arresting Gonsalves and Ferreira the evening before.

On August 28, the Pune police had arrested the trio and fellow activists Gautam Navlakha of Delhi and Varavara Rao of Telangana, accusing them of Maoist links and a role in the January 1 caste clash in Bhima Koregaon near Pune.

Several of Bharadwaj’s friends had gathered outside her Faridabad home since Friday morning as the Pune court prepared to hear her bail plea along with those of Gonsalves and Ferreira.

“At 11.30pm, the Haryana cops posted at the home told us her arrest was imminent and the Pune police were on their way,” Adivasi researcher Smita Gupta, a friend of Bharadwaj, said.

Bharadwaj, her 21-year-old daughter Mayshaa, and lawyer Shalini Gera remained inside the house. At midnight the Haryana police stepped out of the door and sat on the steps, where the Pune police joined them.

“They didn’t let us enter although her house arrest had ended. The Pune police gave us in writing that they had detained her. We left at 1.45am after they said the arrest would take place in the morning.”

Gera said: “At 10.30am (Saturday), the Pune police entered the house. We told them an order from the Supreme Court was awaited.”

A copy of the apex court order rejecting the review plea was issued around noon. Bharadwaj was driven to the airport in the afternoon to be flown to Pune, Gera said.

Andhra Pradesh and Telangana High Court has extended Varavara’s house arrest by three weeks while Bombay High Court, hearing Navlakha’s petition to quash the FIR, has said no coercive action can be taken against him till November 1.

Shortly after Bharadwaj’s house arrest began, her lawyers had approached the Faridabad chief judicial magistrate’s court to seek dental treatment for her. The court ordered the Haryana police to do the needful, but the cops waited till the tooth fell off on its own.

Bharadwaj, who turns 57 on November 1, suffers from hypertension and diabetes.

In Mumbai, activist Teesta Setalvad questioned the arrest process. “The bail applications were rejected on the last day and at the last moment. What kind of message are the lower courts sending? The right to appeal cannot be taken away,” she said.

She asked why the Pune police had not submitted the chargesheet if the evidence was as strong as they claimed it to be.

“We are worried about the safety of those arrested. The Supreme Court gave relief for two months. Had they done anything more, questions would have been raised about why they were ‘interfering’. Under the current regime, even the Supreme Court is under attack,” Setalvad said.

Before Friday’s arrests, Bombay High Court had refused to extend the house arrest of Gonsalves and Ferreira.