The NCP meeting, at which sources said over 40 of the party’s 54 MLAs were present, removed Ajit as legislature party leader 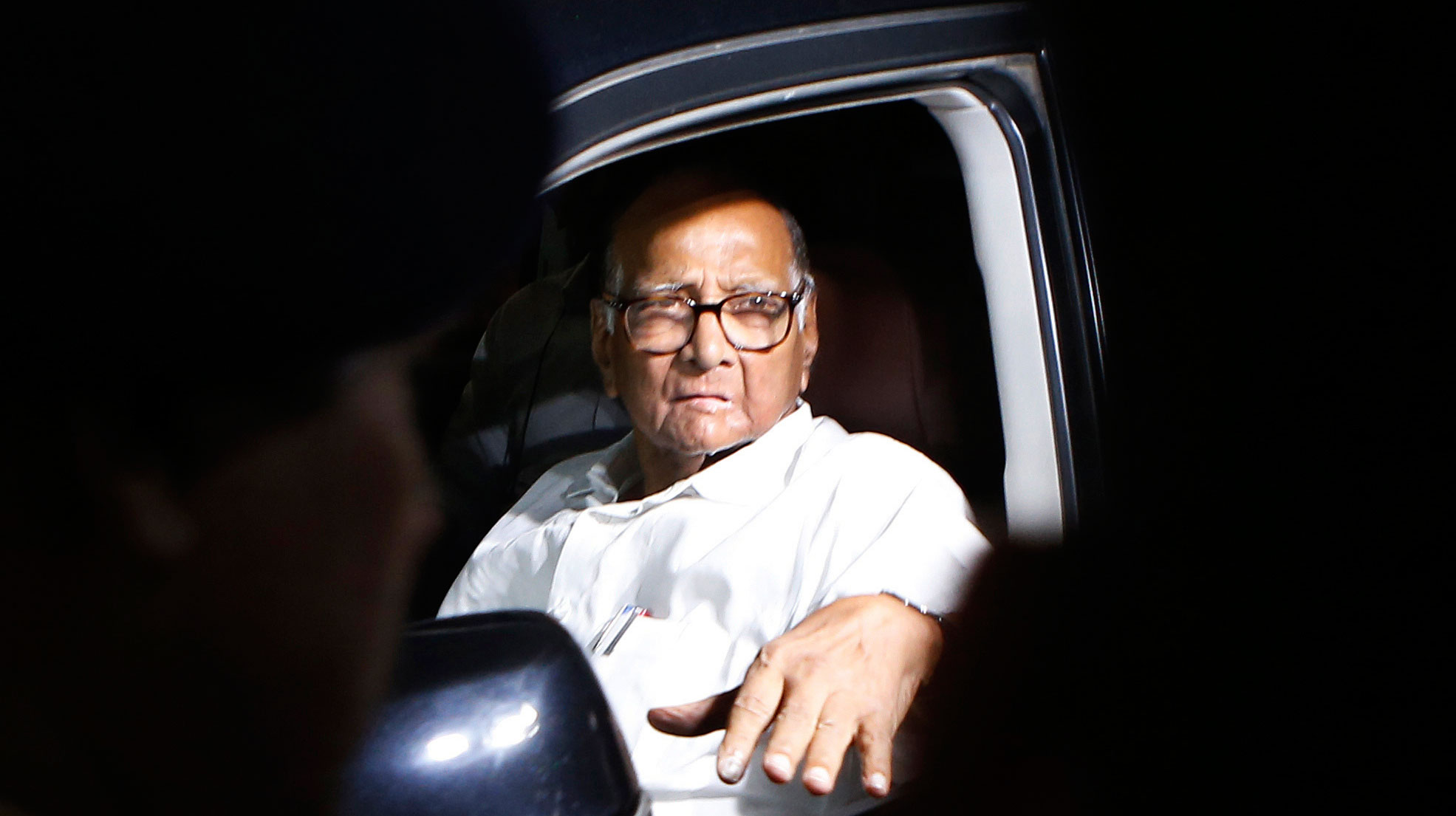 One of the country’s oldest political warriors, Sharad Pawar, was fighting valiantly on Saturday to defeat the clandestine Narendra Modi-Amit Shah operation of hoisting Devendra Fadnavis as Maharashtra chief minister with his own nephew Ajit Pawar as crutch.

While the news of Ajit’s betrayal had stunned many early in the morning, when people were still reading in the newspapers that Uddhav Thackeray was poised to become chief minister at the head of a Shiv Sena-NCP-Congress coalition, hopes in the Opposition camp were rekindled by sunset as the NCP’s rebel legislators started returning to Sharad Pawar.

Pawar had summoned all his party’s MLAs by 4pm. One rebel MLA was dramatically lifted by Shiv Sena MLAs at the airport and shepherded to the NCP office; two more were brought by senior NCP leaders. Dhananjay Munde, a key strategist of the rebel side, was also back by late evening.

The NCP meeting, at which sources said over 40 of the party’s 54 MLAs were present, removed Ajit as legislature party leader. NCP spokesperson Nawab Malik said six MLAs were on their way to Mumbai while five are not in touch with the party.

The Sena-NCP-Congress combine still has more than 145 MLAs — the majority mark in the Assembly — and has moved the Supreme Court questioning the governor’s decision to invite the BJP and demanding that a floor test be held in 24 hours.

The Congress has moved all its MLAs to Jaipur, the Sena legislators are staying put in a Mumbai resort and the NCP is also shifting its MLAs to a Mumbai hotel.

Ajit, sworn in as deputy chief minister, needs at least 36 MLAs to engineer a legitimate split in the NCP. Eleven had accompanied him to the Raj Bhavan in the morning, of whom three promptly returned to Pawar to say they did not know why they had been taken there.

Before rumours of Pawar doing a last-minute somersault and betraying the Sena and the Congress could spread, the senior leader clarified on Twitter that his nephew had acted on his own. Without wasting time, Pawar held a joint news conference with Sena chief Uddhav at 12.30pm to declare a fight-back.

Pawar said: “I heard this morning some of our MLAs had gone with Ajit Pawar. True NCP workers will never support the BJP in its illegal attempt to form the government. We had signatures of all the MLAs; Ajit Pawar misused that letter to show support to the BJP.”

Accusing the BJP of using unfair means to conjure a majority in several states, Pawar said: “The NCP, Shiv Sena and the Congress had decided to form the government. We will stay together and form the government under the Sena’s leadership. We never expected this kind of behaviour from our colleagues. Around 10-11 MLAs had gone but three have already returned. Ajit Pawar misled them. They were clueless why they were being called to Raj Bhavan.”

Pawar presented the three MLAs at the news conference, one of whom said: “Ajit dada called us and we went without knowing the purpose.”

Seeing Ajit being sworn in with Fadnavis, some of these MLAs called Pawar who alerted Uddhav and Congress leader Ahmed Patel. The top leaders collectively launched the counter-operation.

Uddhav said: “We are witness to a new Hindutva which violates the Constitution and the people’s mandate. It is showing disrespect to the people of Maharashtra. Like the surgical strike on Pakistan, this is a surgical strike on Maharashtra. The BJP should explore what Shivaji Maharaj stood for. The BJP has been playing this game throughout the country but we will defeat this design here.”

Asked about speculation that the BJP was in touch with 20 Sena MLAs, Uddhav said: “Let them try. Maharashtra won’t sleep.” Later in the day, he met all his MLAs and asked them to stay calm promising them their government will be formed sooner or later.

Pawar’s daughter Supriya Sule, seen by many as the inheritor of his legacy rather than her cousin Ajit, was teary-eyed in the afternoon and avoided speaking on camera. In the morning, her status on WhatsApp was: “Party and family split.”

“Who do (you) trust in life. Never felt so cheated in my life... defended him loved him, look what I get in return,” she wrote. By evening, she was smiling.