Parts of Delhi Metro to open from August 6 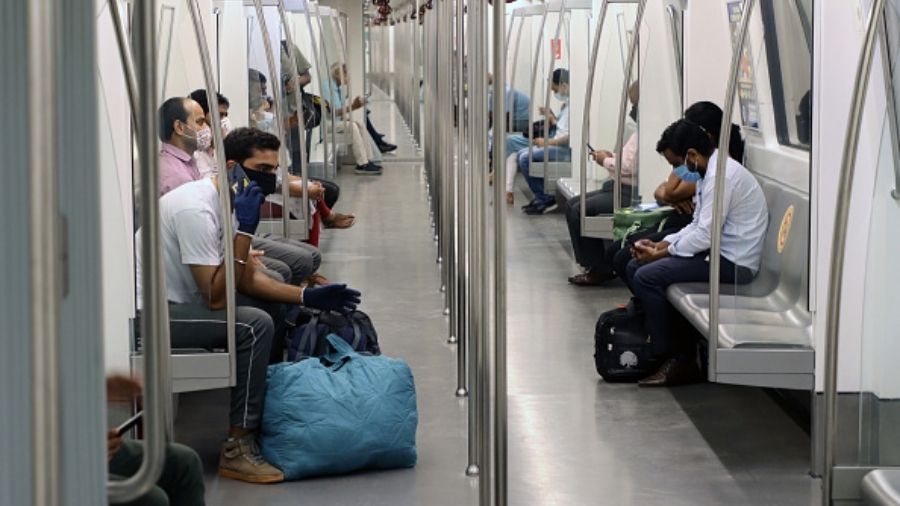 The Najafgarh-Dhansa Bus Stand extension of Grey Line of the Delhi Metro and a small segment of the Pink Line corridor at Trilokpuri are set to be inaugurated on August 6, officials said on Sunday.

While the inauguration function will be held online in the morning on August 6, passenger services will commence on the same day at 3 PM on both the sections, officials said.

The nearly one kilometre (891 m) long Najafgarh-Dhansa Bus Stand section will take the metro further into the interior areas of Najafgarh.

The opening of the Trilokpuri section, about 289 m, between the Mayur Vihar Pocket 1 and Trilokpuri Sanjay Lake stations, will fully link the entire 59 km-long Pink Line and will connect important landmarks of the city, such as the Anand Vihar Railway station, Anand Vihar ISBT, Nizamuddin Railway station, markets in South Extension, INA and Lajpat Nagar, officials said.

However, a small portion in east Delhi's Trilokpuri area had proved a bottleneck for the DMRC authorities for a long time, due to which, the line had remained disjointed for some distance there.

With the opening of these sections, the Delhi Metro network span will become 390 km with 286 stations.