Operation to flush out militants in Pulwama underway 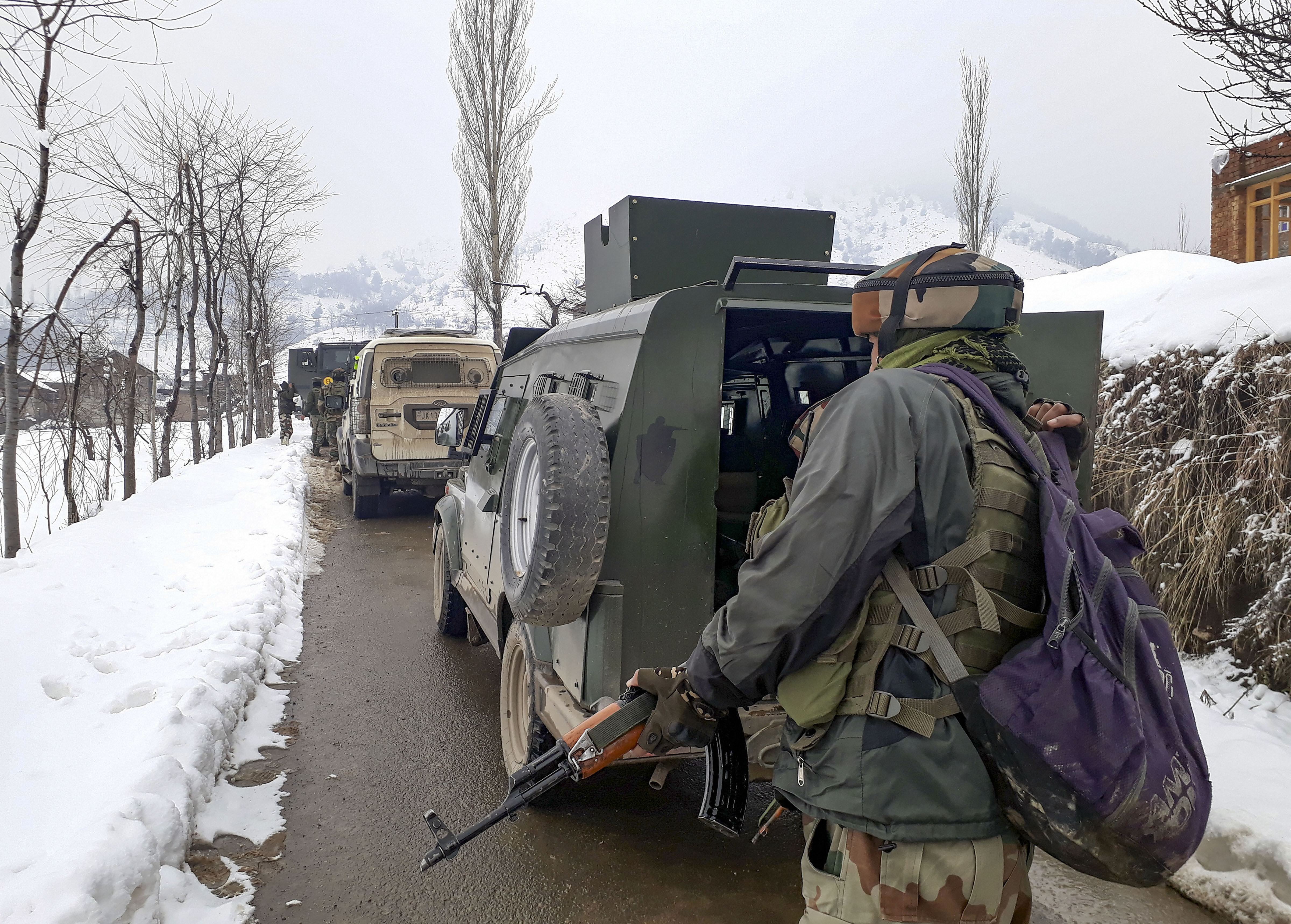 The operation to flush out militants in the Khrew area of Pulwama district, Jammu and Kashmir, entered the second day on Wednesday, director general of police (DGP) Dilbag Singh said in Srinagar.

An army personnel and a special police officer (SPO) were killed in the gun-battle, which started after cordon and search operation were launched by security forces in the district on Tuesday.

The Khrew operation resumed this morning after being suspended on Tuesday night. So far, there is no confirmation of any militant being killed there... We have reports of presence of two militants there and the search is on, Singh told reporters on the sidelines of a wreath-laying ceremony of the slain SPO Shahbaz Ahmad.

The DGP said operations against militants in the Valley have intensified.

'The counter-terrorist operations in the Valley have been intensified, which has created a stir in south Kashmir. There have been half-a-dozen successful operations and they will continue in the same manner. We will work harder for the people and for establishing peace in Jammu and Kashmir,' he said.

Asked about preparations for the Republic Day functions in the Kashmir Valley, Singh said all arrangements are in place.

On a question about the police using drones for surveillance in Srinagar city, Singh said they are technical aids that help police.

'Drones are a normal technical aid which every police force uses in this age. Jammu and Kashmir police also use them to handle law and order situations. I think this is a big help and drones show us what happens in lanes and bylanes which otherwise is not possible. They tell us about any mischievous activity taking place there,' he said.