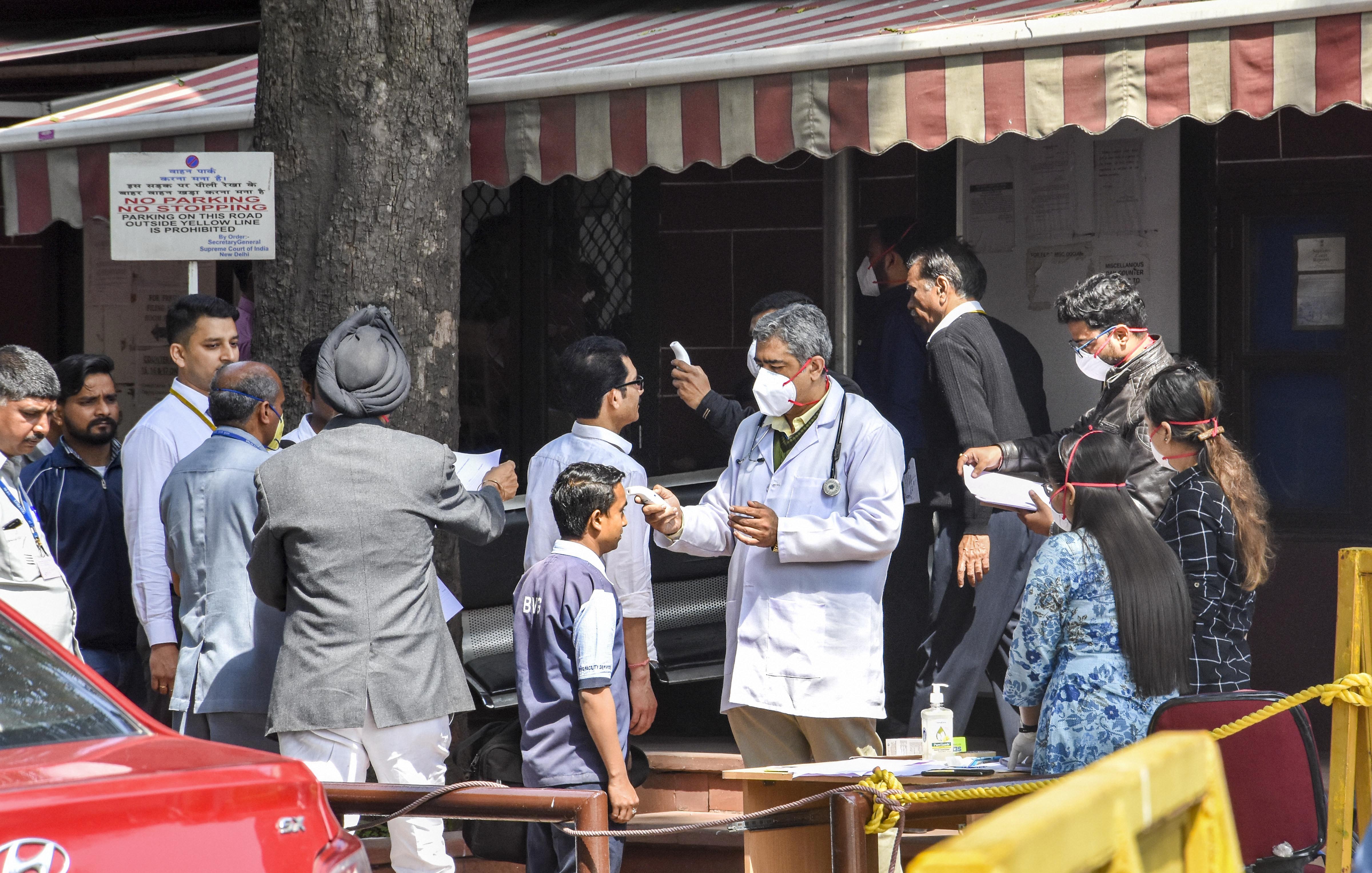 Members of Delhi government health department use screening devices on visitors in the wake of coronavirus, at the entrance of Supreme Court in New Delhi, Monday, March 16, 2020
PTI
Agencies   |   New Delhi   |   Published 16.03.20, 07:34 AM

Odisha has initiated an effort to trace fellow passengers of a researcher from Italy, who tested positive for coronavirus on Monday after traveling to Bhubaneswar by train from Delhi, a state government official has said.

The man, believed to be the first confirmed case of novel coronavirus reported in Odisha, recently returned from Italy.

“The 33-year-old man is being treated at Capital Hospital in Bhubaneswar. His condition is stable and he is not showing any other complications,” state government's chief spokesperson on coronavirus cases Subroto Bagchi told reporters.

The patient reached Delhi from Italy on March 6 and travelled to Bhubaneswar by train on March 12. He consulted a doctor on March 13, complaining of fever and headache, he said.

“The man then went to Capital Hospital on March 14 where he was admitted to the isolation ward. His blood and swab samples were sent for medical examination and tests confirmed he is infected by novel coronavirus,” Bagchi said.

As the man travelled by train from Delhi to Bhubaneswar, the state government launched a “contact tracing exercise”, Bagchi, also the chairman of Odisha Skill Development Authority, said.

Efforts are on to trace all the people who are suspected to have come in contact with him, the official said. His family members have been quarantined and kept under observation.

Data of all those people who travelled with the researcher on the train is being collected so that they can be tracked and quarantined too, Bagchi added.

According to the Union health ministry officials, the number of coronavirus cases in India has risen to 114.

Apart from Odisha, one new case each was reported from Ladakh, Jammu and Kashmir, and Kerala, officials said on Monday.

The number includes 13 people who have been discharged after they recovered and two fatalities, they said.