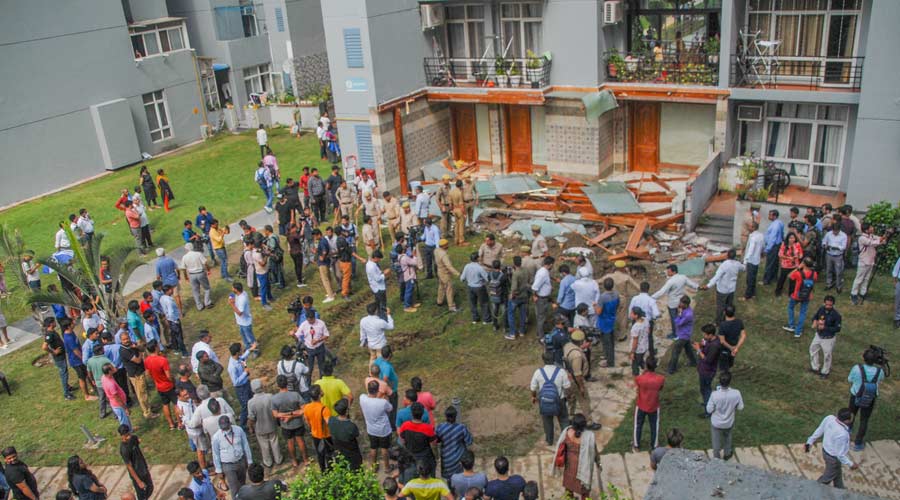 The action was carried out around 9 am by the Noida Authority to remove the illegal structures outside Tyagi's ground floor apartment in Grand Omaxe society in the city's Sector 93B, an official told PTI.

He had also planted trees in a park in front of his residence.

Tyagi, who claims to be a BJP politician, has been booked by the police for assaulting and abusing a woman co-resident of Grand Omaxe who had objected to him planting trees in the common area of the society.

Tyagi had claimed that he was well within his rights to do so.

Police personnel in large numbers were deployed at the society since last evening, even as senior officers interacted with Grand Omaxe residents.

They lauded the government's "bulldozer" move but also sought the early arrest of Tyagi even as some of them were distributing sweets to each other on the occassion.

"We had been raising the issue of encroachment since last three years and finally it has happened. We thank the Uttar Pradesh government and the Noida Authority for it," an elderly resident of the society told reporters.

Over 1,000 families residing in the society.