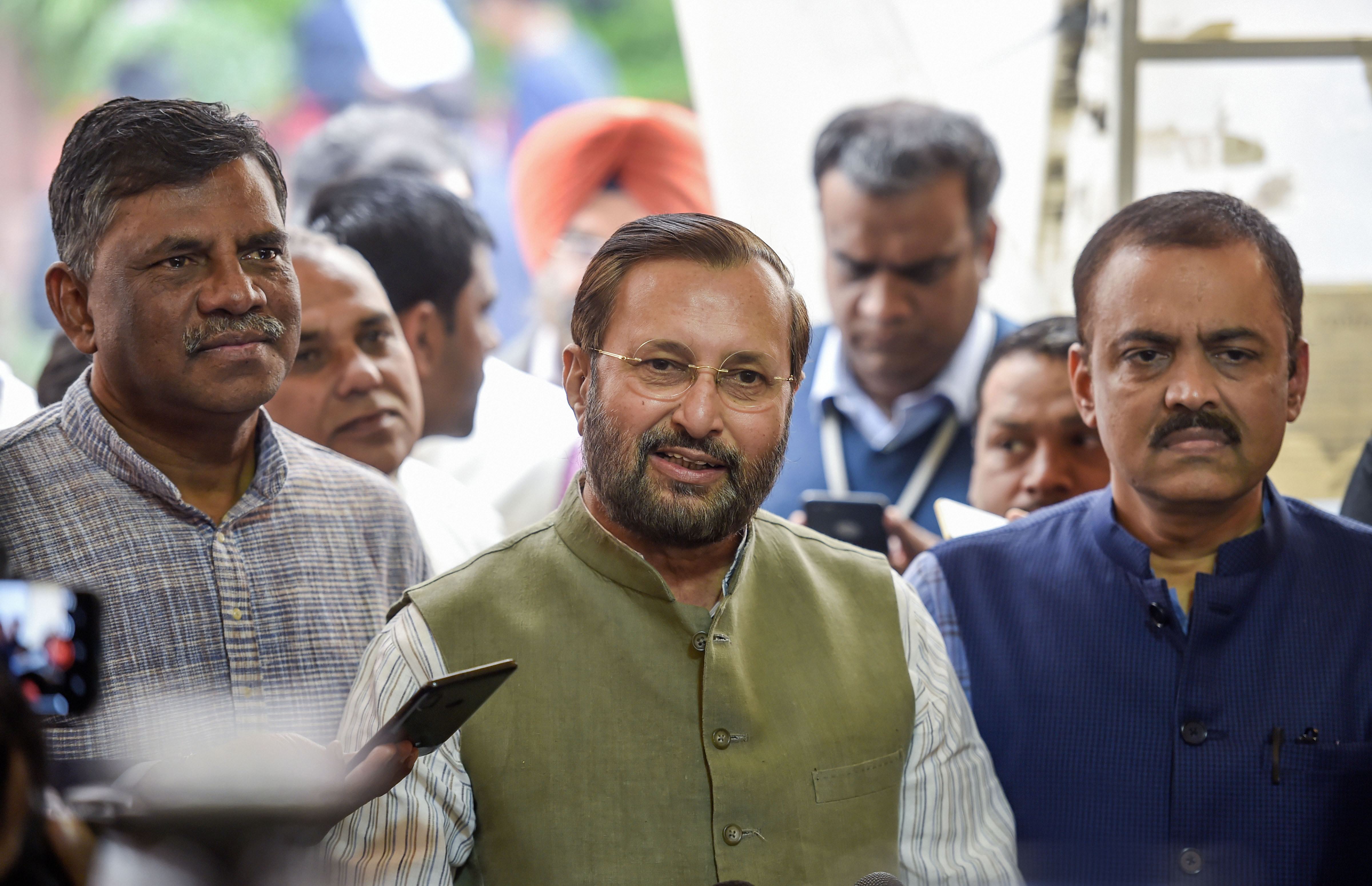 Union minister Prakash Javadekar on Friday said no Indian study has shown any correlation between pollution and shortening of lifespan.

'Let us not create a fear psychosis among people,' he told Lok Sabha in response to a query about studies that life expectancy is coming down due to pollution.

During the Question Hour, he said the government has been taking pro-active actions to curb pollution and that efforts are bearing fruits.

Indian studies have not shown a correlation between shortening of life and pollution, the minister for environment, forest and climate change said.

Referring to studies indicating that pollution is reducing life expectancy, he also said such studies might not be based on first generation data.

The central government has launched the National Clean Air Programme (NCAP) to tackle air pollution problem across the country.

'Under NCAP, 102 non-attainment cities have been identified based on ambient air quality data for the period 2011-2015 and WHO (World Health Organisation) report 2014-18,' he said in a written reply.

According to him, city-specific action plans have been prepared and approved for implementation in all 102 cities.

In a separate written reply, the minister said an amount of Rs 11,254 crore, including Rs 8,562.73 crore under Campa, has been released by the ministry to conserve environment in the last three financial years.