Advertisement
Home / India / Rao: We had a system that worked well for decades. In Galwan, structure came apart

Rao: We had a system that worked well for decades. In Galwan, structure came apart

Former foreign secretary warns of the pitfalls on the road ahead 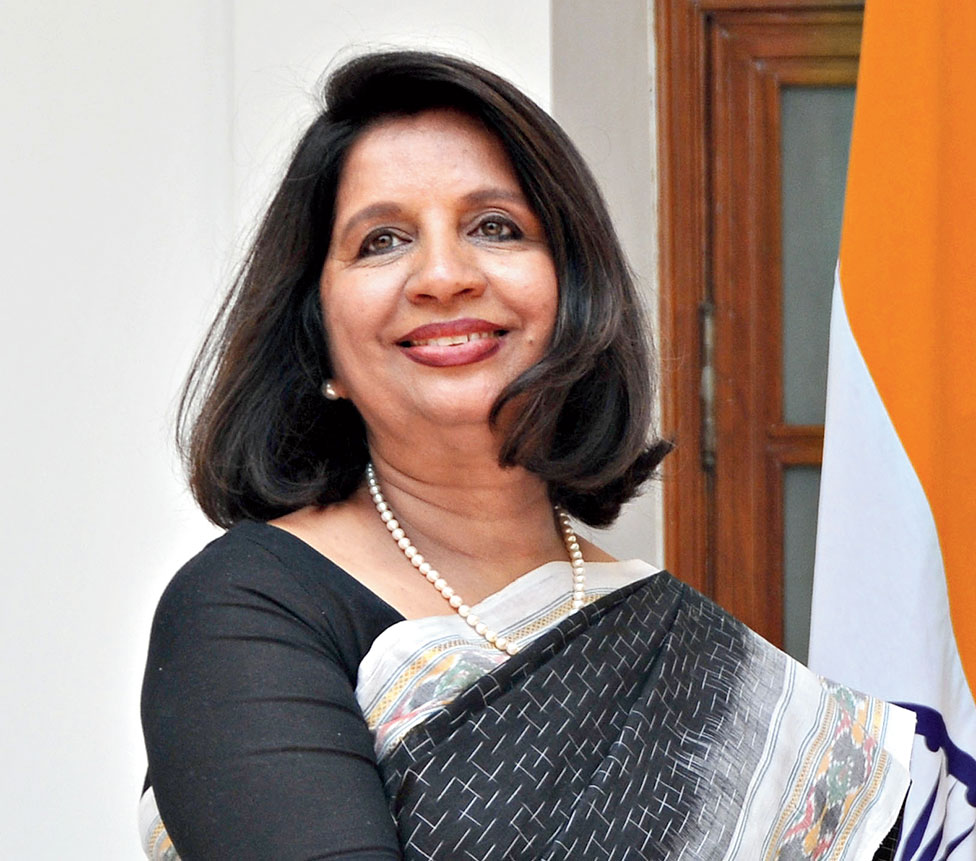 For Nirupama Menon Rao, former foreign secretary with ambassadorial experience in Beijing, “there’s a bad moon rising on India-China relations” as the fatalities in the Galwan Valley on June 15 have set the clock back on four-and-a-half decades of a carefully calibrated effort to rein in hostilities between Asia’s two largest countries and not allow the border dispute to eclipse the bilateral relationship the way it has influenced India’s engagement with Pakistan.

In an email interview to The Telegraph conducted over Thursday and Friday, Rao warns of the pitfalls on the road ahead, particularly if laden with emotional rhetoric.

Q: This is with reference to your tweet that all the efforts made for normalisation since 1976 have come to nought. Could you please elaborate on why you say so? Is it because of the fatalities or any other specific reason?

Nirupama Menon Rao: The killings of our soldiers at Galwan on the 15th of June spelt the end of a chapter in relations that began with the return of our ambassadors to each other’s (India’s and China’s) capitals in 1976, and more specifically with the ground-breaking visit of Rajiv Gandhi as Prime Minister to Beijing in December 1988.

We had crafted a modus vivendi in bilateral relations with China that had held the peace and worked well for the development of relations in various fields through these decades. In the last few years, the strains were beginning to show with occasional border stand-offs and the negative signals emanating from the China-Pakistan relationship. In Galwan, however, the structure came apart.

Q: What is the way forward after what happened in the Galwan Valley on Monday? The Chinese have again made it clear that they are not backing off. This is what Chinese foreign minister Wang Yi seems to have indicated after his conversation with the external affairs minister on Wednesday afternoon.

Rao: The first priority is to de-escalate the situation. Continued violence will not help either country. Both sides have to come to a solution of the problem. The Chinese must withdraw from the area, and pending the final resolution of the problem, both sides should agree on a disengagement regime that is able to calm tensions. 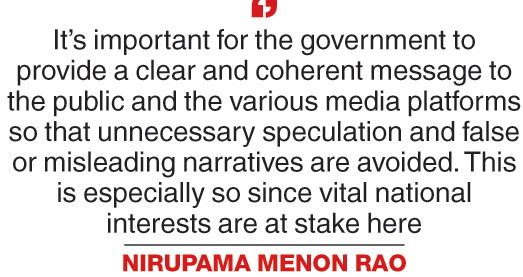 Q: Many reasons have been cited for China’s actions. What, in your assessment, is the reason for China going for the jugular at this time? Is it because of the perception that India is tilting towards the US and working to Washington’s agenda, is it our infrastructure development along the LAC, is it our own aspirations in the neighbourhood and beyond, or is it domestic politics and Chinese President Xi Jinping’s own need to assert himself at a time when the Chinese economy is slowing down and the Covid situation?

Rao: It is a combination of a number of factors. China is a country that is increasingly taking a relentless hardline position on territorial issues and border claims. You see that attitude manifesting itself in the maritime space of the East and South China Seas. In our own case on the land border with China, the Line of Actual Control has been ‘active’ for some years with pockets of transgressions at a number of points, and the frequency of such ingress has gone up in the last year or two.

The Chinese cannot take exception to our legitimate road-building activity on our side of the Line of Actual Control but their attitude has not been reasonable in this regard, they are deploying their own obiter dicta.

Within the Chinese government, obviously the policy is to push aggressively to secure Chinese aims and ambitions across the region. It is a prospect that should cause concern to all countries.

Q: Do you think this has anything to do with the Jammu and Kashmir Reorganisation Act?

Rao: The Chinese expressed their opposition to some aspects of the decision taken by our government when it was announced and when the new maps of the two Union Territories were released. It was for them a point of contention. But one cannot automatically assume that this led to the current situation along the Line of Actual Control and to draw a linkage with the decisions of August 2019.

Q: Given China’s “two steps forward one step backward” standard operating procedure, how can India salvage the situation without loss of territory? Does India have a bargaining chip?

Rao: Bargaining chips are best not laid publicly on the table. No government would do that. But every government is expected to preserve the country’s interests. In democracies particularly, an elected government is no doubt conscious of the weight of public expectations in this regard. The terrain is not easily navigated. We cannot expect instant fixes. Emotional rhetoric in the public domain is contra-indicated.

Q: Since you have also been the official spokesperson for the ministry, what do you think of the communication strategy employed by the government?

Rao: In my view it’s important for the government to provide a clear and coherent message to the public and the various media platforms so that unnecessary speculation and false or misleading narratives are avoided. This is especially so since vital national interests are at stake here.

Calls to boycott may provide some immediate gratification but decisions on removing Chinese projects and investments have to be done in consultation with industry organisations and after a careful weighing of pros and cons and on the basis of sustainability and the load that the economy can bear.