New airbase coming up in Gujarat near Indo-Pak border will emerge as effective centre for country's security: PM Modi

The country has come a long way, as earlier we used to release pigeons and now we release cheetahs, says the Prime Minister 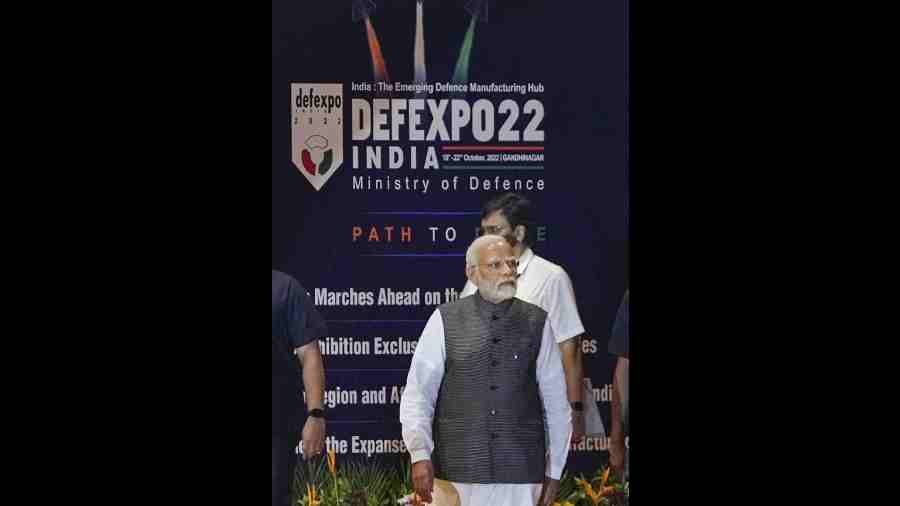 Prime Minister Narendra Modi on Wednesday laid the foundation stone of a new airbase coming up in north Gujarat near India-Pakistan border and said it will emerge as an effective centre for the country's security.

Speaking after inaugurating the Defence Expo 2022 in Gujarat capital Gandhinagar, Modi also said that defence forces will release a list of 101 more items that cannot be imported.

With this 411 defence-related goods can only be procured locally, he said.

"This will give a major boost to the Indian defence industry, he said.

The PM said this is an unprecedented DefExpo as only Indian companies are participating in it for the first time.

He said the air base coming up at Deesa in Banaskantha in North Gujarat will "emerge as an effective centre for the security of the country.

He also said that the exports of Indian defence products have increased eight times in the last few years.

The country has come a long way, as "earlier we used to release pigeons and now we release cheetahs", he added.