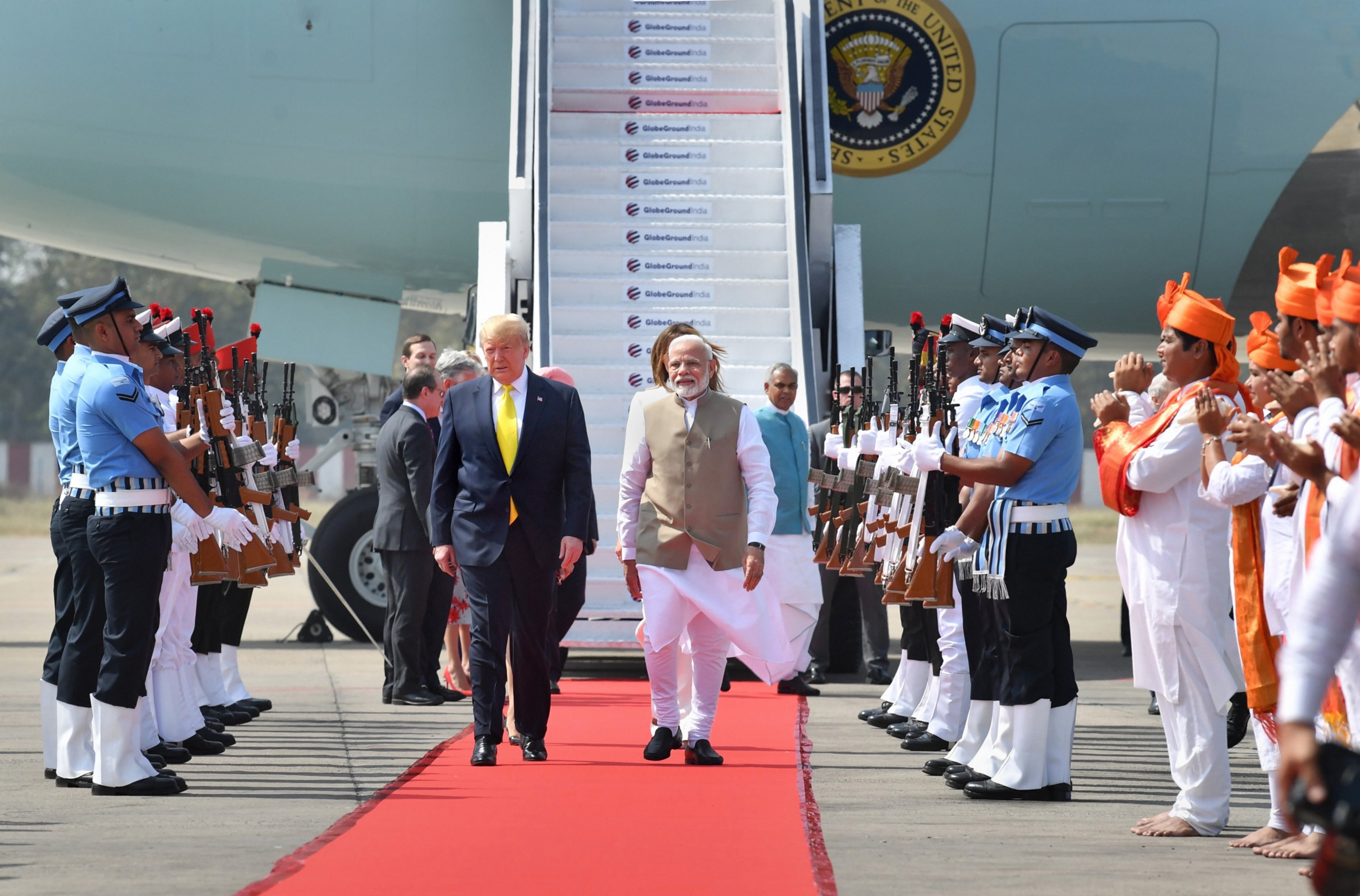 US President Donald Trump and his wife Melania on Monday tried their hands at spinning the charkha (spinning wheel) at the Sabarmati Ashram in Ahmedabad.

Accompanied by Prime Minister Narendra Modi, the US President and his wife went around the ashram, before resuming the roadshow from the airport to the Motera stadium.

'To my great friend Prime Minister Naredra Modi, thank you for this wonderful visit,' Trump wrote in the Ashram visitors' book.

The US President was briefed about Gandhiji and the importance of charkha as a symbol of self-reliance.

Trump reached Ahmedabad at 11.37am for the first leg of his India visit.

Trump, who is also accompanied by daughter Ivanka, son-in-law Jared Kushner and top brass of his administration, will get a taste of India's cultural melange during his high-optics Gujarat itinerary, after the bonhomie between the two leaders at the 'Howdy, Modi!' event in Houston last year.

There will be a cultural extravaganza at the Motera stadium during the 'Namaste Trump' event, where Trump and Modi will address the gathering.

Bollywood singer Kailash Kher and some Gujarati folk singers will perform at the stadium, officials of the Gujarat Cricket Association said.

Students of various government and private schools have also been roped in to perform at cultural events and they have been practicing for days, an official said.

Billboards with slogans hailing Indo-US relations and having pictures of Trump and Modi walking together, shaking hands, and waving at the crowd during the 'Howdy Modi' event are dotting the city.