'He’d tell us they had security, that they travelled with full protection. We only told him to maintain all precautions' 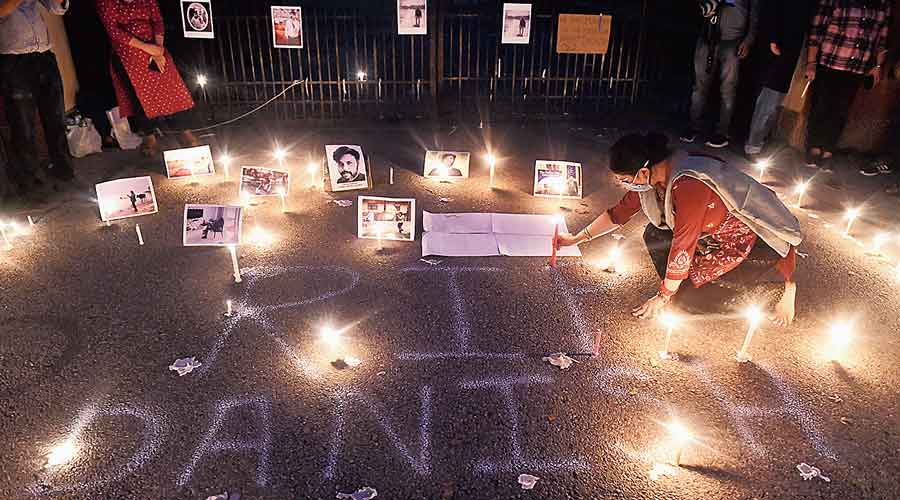 Mohammad Akhtar Siddiqui brimmed with grief and pride as he remembered his “brilliant and dashing” photojournalist son Danish Siddiqui. “He was an extremely emotional person,” Akhtar Siddiqui said.

Danish, 38, was killed while covering a clash between Afghan forces and the Taliban in Kandahar’s Spin Boldak district on Friday. Tolo News quoted sources as saying that fierce fighting had been going on in Kandahar, especially in Spin Boldak, for the past few days.

“He was very calm and quiet, a very loving son. He loved children a lot. A very emotional person,” Akhtar Siddiqui, a retired Jamia Millia Islamia professor, said a day after the news of Danish’s death reached Delhi.

Talking about Danish’s work that required him to be in life-threatening situations, Akhtar Siddiqui said the family had got used to his work life over the years. “We used to tell him in the beginning what was the need for such a job, but we almost got used to it. He’d tell us they had security, that they travelled with full protection. We only told him to maintain all precautions,” he said.

In the last one year, Danish had extensively covered the Covid-19 pandemic across India. “He was a brilliant and dashing chap. He had a lot of commitment towards his work, passion to face challenges. Even during the pandemic, Delhi riots, he reported the facts despite the challenges,” he said.

“Passionate and energetic” as a child, Akhtar Siddiqui remembered, Danish would finish with perfection whatever he set his mind to. “He was extraordinarily courageous,” the father said, his voice trailing off.

Danish’s work as a photojournalist with Reuters since 2011 involved reporting on the wars in Afghanistan and Iraq, the Rohingya refugee crisis, the protest in Hong Kong and earthquakes in Nepal. He was part of a team of photographers chronicling the Rohingya crisis that received the Pulitzer Prize.

Danish graduated with a degree in economics from Jamia Millia Islamia university, Delhi. He received a degree in mass communication from the A.J.K. Mass Communication Research Centre in Jamia in 2007.

Starting his career as a television news correspondent, Danish switched to photojournalism and joined Reuters as an intern in 2010.