Speaking after inaugurating the All India Mayors' Conference in Varanasi, PM suggests hosting a 'river festival' for a week every year involving local citizens 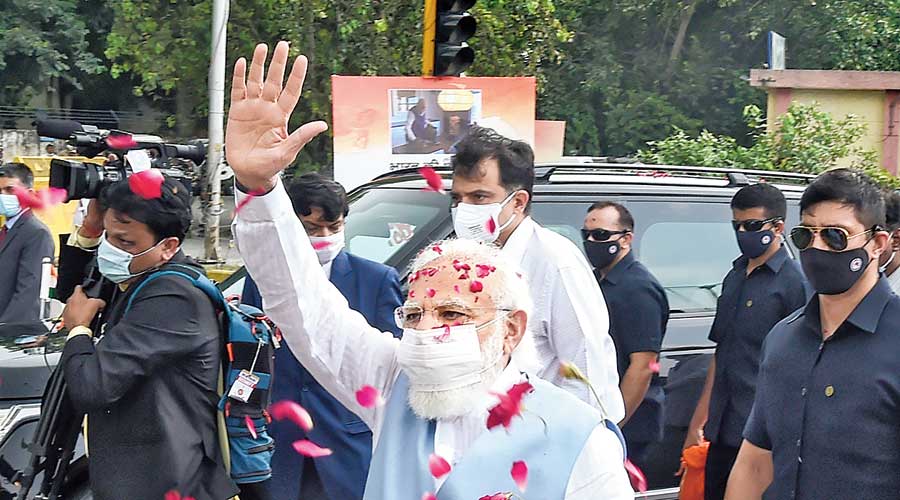 Prime Minister Narendra Modi on Friday said there was a need to prepare a list of cities where a blind eye has been turned towards the cleanliness campaign.

Speaking after inaugurating the All India Mayors' Conference in Varanasi via video conferencing, he asked Union Minister for Housing and Urban Affairs Hardeep Singh Puri to not only give awards to the city excelling in 'swachata' (cleanliness) but also recognise those making earnest efforts in the field of cleanliness.

As many as 120 mayors from across the country are participating in the conference whose theme is 'New Urban India'.

Modi welcomed them as the host in the capacity of being a Lok Sabha member from Varanasi.

He said that there was need to prepare a list of cities which have turned a blind eye towards the 'swachata abhiyan' and towards other civic amenities.

In his address, Modi also suggested hosting a "Nadi Utsav" (river festival) for a week every year involving local citizens.

The prime minister also mooted the idea of celebrating the birthday of a city to highlight its glory.