Earlier, the PM used to pay homage at the Amar Jawan Jyoti beneath the India Gate arch 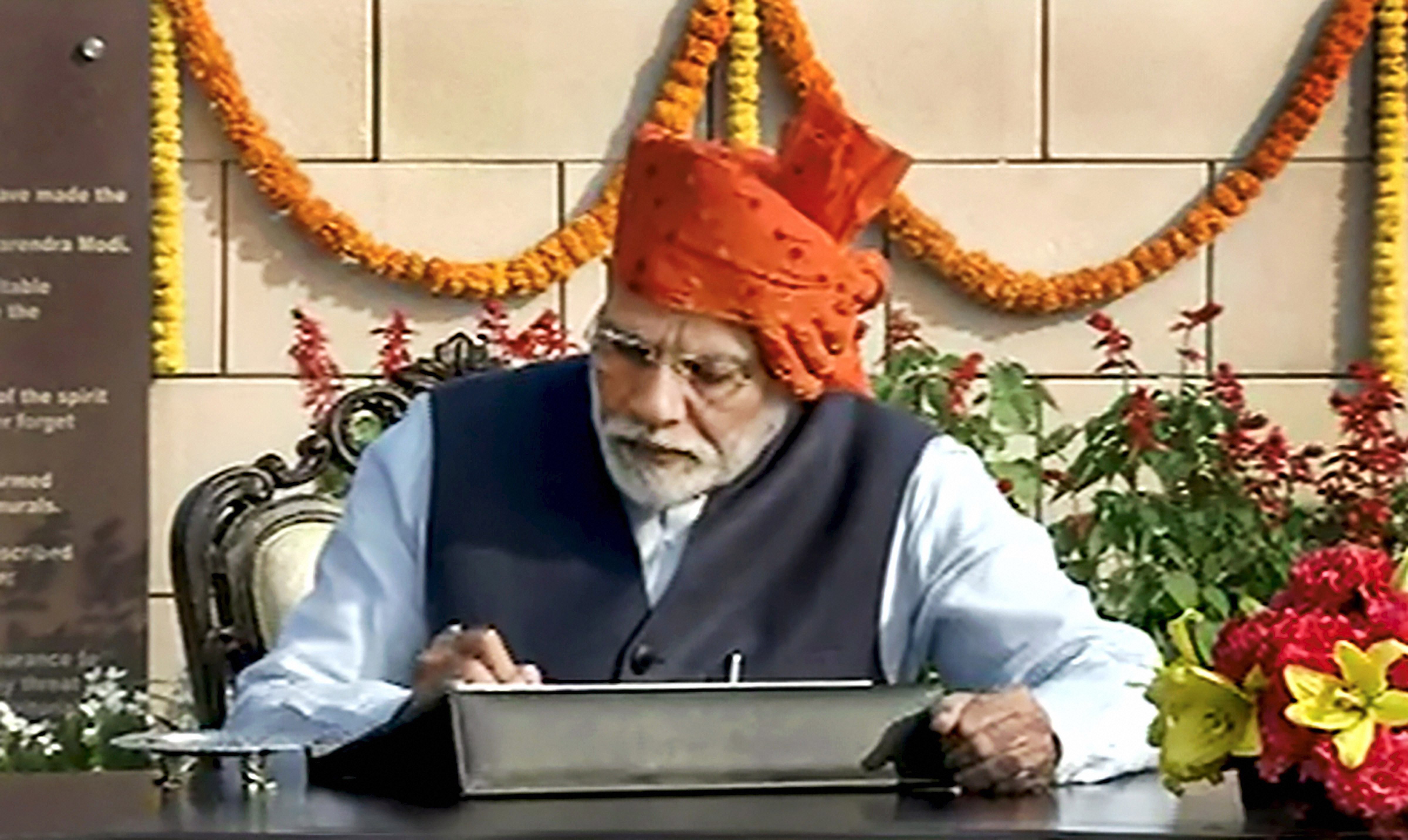 Prime Minister Narendra Modi on Sunday paid homage to the fallen soldiers at the newly-built National War Memorial in New Delhi on Republic Day for the first time instead of the Amar Jawan Jyoti beneath the India Gate arch.

The iconic memorial in the India Gate complex behind the canopy was inaugurated by Modi on February 25 last year.

Amar Jawan Jyoti is symbolised by an inverted bayonet and soldier's helmet over it with an eternal flame burning beside it. It was built in 1972 underneath the India Gate arch to commemorate soldiers martyred in the Indo-Pak War of 1971.

It also includes a central 15.5-m obelisk, an eternal flame and six bronze murals depicting famous battles fought by the Indian Army, Air Force and the Navy in a covered gallery (Veerta Chakra).

The memorial is dedicated to soldiers killed during the Indo-China War in 1962, Indo-Pak Wars in 1947, 1965 and 1971, Indian Peace Keeping Force Operations in Sri Lanka and in the Kargil Conflict in 1999, and also those in the UN peacekeeping missions.

The 42m-high India Gate was built during the British Raj as the All India War Memorial Arch to honour the soldiers who died in the First World War (1914-1918) and the Third Anglo-Afghan War (1919). The landmark has the names of soldiers inscribed on its surface.