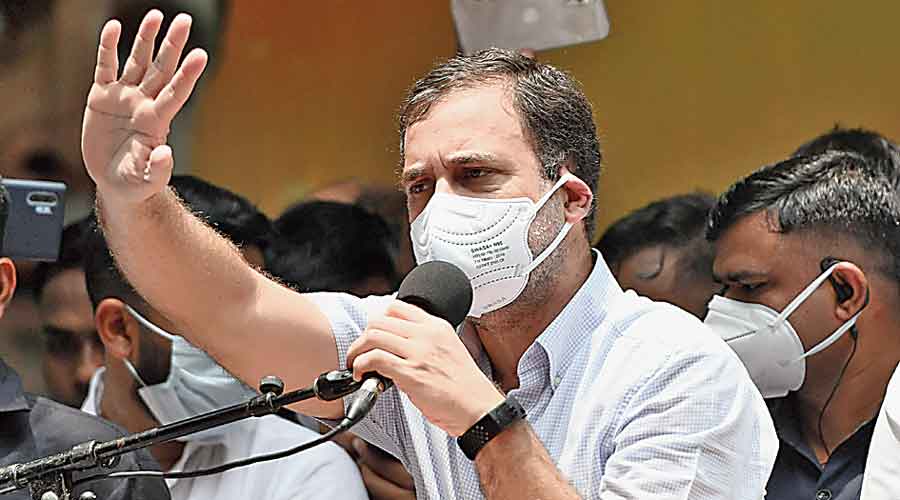 Congress leader Rahul Gandhi hit out at the Centre on Friday over the reported rise in the unemployment rate in the country in August, alleging that the Narendra Modi government is "harmful for employment".

Taking to Twitter, Gandhi posted the screenshot of a media report that cited data compiled by the Centre for Monitoring Indian Economy (CMIE) to claim that over 15 lakh people in the country lost their jobs in August.

"The Modi government is harmful for employment. It does not promote or support any kind of business or employment not belonging to friends and instead is trying to snatch jobs from those who have them," the former Congress chief alleged.

A pretense of self-reliance is expected from the people of the country, he said in his tweet in Hindi, adding, "issued in public interest".

Congress has been attacking the government over its handling of the country's economy and flagging concerns over job losses, demanding corrective measures to boost employment. The government has dismissed the opposition party's criticism and rebutted all allegations.