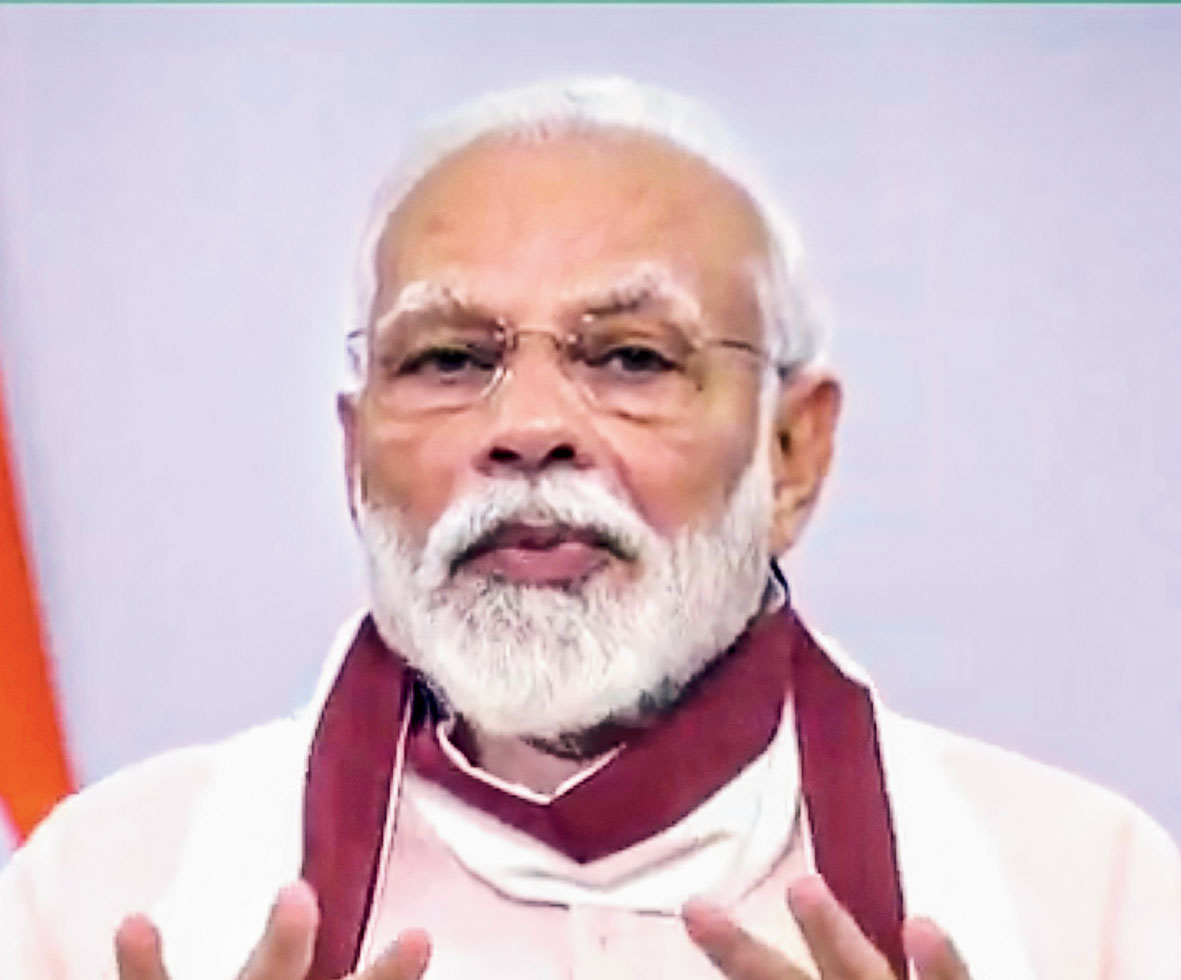 The Congress on Saturday said the Narendra Modi government appeared to be at war with the people of India in the first year of its second term, inflicting wounds instead of healing them.

“It is somewhat surprising that they still haven’t grasped the most fundamental lesson of governance in a democracy: we are elected to serve, listen, protect and uplift. Not to divide, mislead and distract. The sooner this government realises that, the better it will be for the nation and for their own place in its history,” the Congress said in a statement.

Questioning the BJP’s decision to celebrate the completion of one year amid the worst humanitarian crisis the country was grappling with, the Congress statement said: “Over the past six years, India witnessed a steady increase in the politics of distraction and false noise, to the point that it has become a defining mainstay of the Modi government’s administrative style. While it served the political interests of the BJP, it came at an unprecedented economic and social cost to the nation.”

While the 2,300-word statement talks of inflicting newer wounds on the body polity, it doesn’t mention the removal of Article 370 in Jammu and Kashmir and the Citizenship Amendment Act (CAA), two defining features of Modi’s second term that had shaken India.

India never witnessed such prolonged and widespread agitation, involving students, activists, artistes, intellectuals and common citizens in almost every state and district against the CAA.

Even the Congress lent its support to the movement, organising public reading of the preamble to the Constitution across the country.

That, coupled with the Kashmir policy, was largely viewed as the beginning of mass revulsion against the undemocratic functioning of the Modi government but the Congress appears to have forgotten that chapter.

Whether the preoccupation with the ongoing humanitarian crisis caused the glaring omission or the party does not want to lay emphasis on emotive issues that enable the BJP divide the society on religious lines is difficult to fathom.

The party has otherwise compiled every single issue since 2014, the beginning of Modi’s first term, from the promise that suggested everyone can be Rs 15 lakh each to bringing back the black money, from doubling the farmers’ income to creating 2 crore jobs every year.

The unusually long statement dwelt on a wide range of concerns: demonetisation, bank frauds, high-profile fugitives, subjugation of democratic institutions, violation of federal principles, terror attacks, the recording of a TV show featuring Modi at Jim Corbett National Park during the Pulwama attack, unemployment, the fall of rupee, interest rate cuts and no press conference by the Prime Minister.

Although the general secretary in-charge of organisation, K.C. Venugopal, contended that the second term was “an extreme version” of the first, the key attributes of the second term, when Amit Shah as home minister drove the bulldozer, were omitted.

Party’s communication chief Randeep Surjewala termed the second term as Modi 0.2 instead of Modi 2.0, arguing that the absence of good governance compelled him to say so.

Our job is to raise the concerns of the people who are facing a cruel government which is inflicting wounds on them. Modiji suddenly talks of self-reliance.

“When the dignity of the workers is being trampled on the road, when the government is indulging in betrayal and self-publicity, we have to stand with the people.”

Asked about BJP president J.P. Nadda’s accusation that the Congress was playing politics, Surjewala said: “It is better Nadda answered questions about the PPE scam in his own state Himachal and the ventilator scam in Gujarat. He should also explain what the government was doing when Rahul Gandhi repeatedly alerted it about Covid. Why did they waste time in organising Namaste Trump programme and pulling down the Congress government in Madhya Pradesh? He should explain what the achievements are of four lockdowns and what the plan is for the future.”