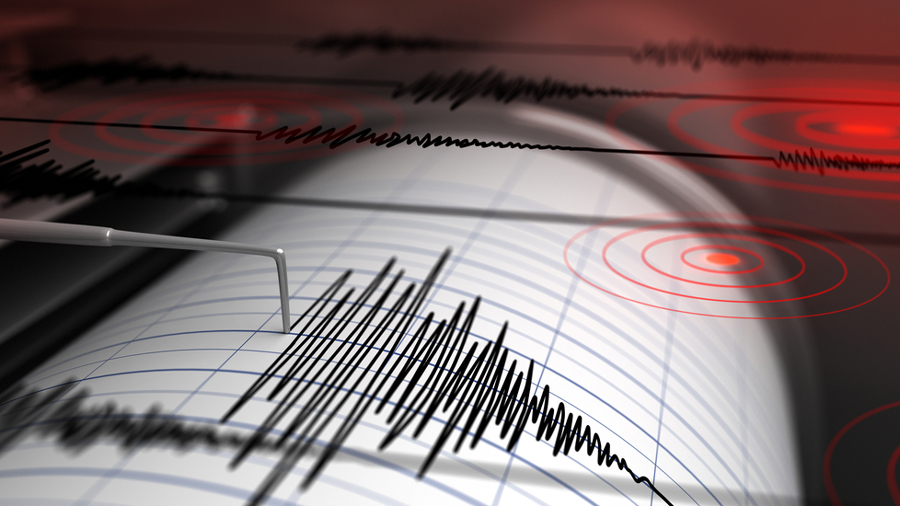 The epicentre of the earthquake was 43 km west of Assam's Tezpur, the National Center for Seismology said.
Shutterstock
Our Bureau, Agencies   |   Guwahati, Jalpaiguri, Shillong   |   Published 28.04.21, 09:21 AM

Seven back- to-back earthquakes jolted Assam and some other northeastern states on Wednesday morning, causing extensive damage to buildings and forcing people to scamper out of their homes.

The first of the shocks of 6.4 magnitude with its epicentre at 43 km west of Tezpur, the district headquarters of Sonitpur district in Assam, was felt at 7.51 am, Regional Meteorological Centre (RMC) Deputy Director Sanjay O'neil Shaw said.

The effect was felt in almost the entire Northeastern region and even parts of West Bengal.

Big earthquake hits Assam. I pray for the well being of all and urge everyone to stay alert. Taking updates from all districts. #earthquake

Prime Minister Narendra Modi spoke to Assam Chief Minister Sarbananda Sonowal and enquired about the damage caused by the quakes.

"Spoke to Assam CM Shri @sarbanandsonwal Ji regarding the earthquake in parts of the state. Assured all possible help from the Centre. I pray for the well-being of the people of Assam," he tweeted.

Union Home Minister Amit Shah also spoke to Sonowal and assured him that the Centre stands firmly with the people of Assam.

Congress leader Priyanka Gandhi Vadra said, "To my sisters and brothers in Assam who are now dealing with the double blow of an earthquake and the rampaging second wave of COVID, I send you my love and prayers."

Sonowal urged everyone to stay alert and said that he is taking updates from all the districts.

Tremors were felt in the entire region, including neighbouring Arunachal Pradesh, Meghalaya and northern parts of West Bengal.

People ran out of their homes and other places in panic, obliterating social distancing and other COVID guidelines amid a raging pandemic. No casualty was reported, but many people suffered minor injuries while running out in panic as the first quake struck.

There were reports of widespread damage to buildings and other structures from across Assam, mostly in the central and western towns of Tezpur, Nagaon, Guwahati, Mangaldoi, Dhekiajuli and Morigaon.

In Guwahati, the chief minister's block at the 'Janata Bhawan' complex, the state secretariat, witnessed some damages, sources said.

The luxury Taj Vivanta in Guwahati also witnessed massive damages with several glass panes, ceilings and walls falling apart, but there was no injury to any employees or guests, hotel spokesperson Indranee Phukan told PTI.

A multi-storied building in Nagaon tilted on the adjacent structure, triggering panic.

Dozens of homes, apartment buildings and shopping malls across the state also developed cracks. Many vehicles were damaged after concrete blocks fell on them due to the jolts.

Water seeping out from a paddy field in Narayanpur area of Dhekiajuli, the epicenter of the massive 6.7 earthquake in Assam pic.twitter.com/BOD6bfCp6s

Dhekiajuli MLA Ashok Singhal tweeted pictures of land developing cracks and water seeping out of them, though these could not be immediately verified.

In Shillong, the tremor woke up people and many ran outside their homes in panic.

Although there was no immediate report of any damage caused in Meghalaya, the tremor was one of the strongest in the last few years, an official said.

The last one of such intensity was in March-April 2016, he said.

"An earthquake hit this morning in Assam & tremors felt in Arunachal & NE. My prayers for everyone's safety. May all uensure their safety and of their loved ones. Thanks to PM @narendramodi Ji, HM @AmitShah Ji and @DrJitendraSingh Ji for promptly responding to the situation," Arunachal Pradesh Chief Minister Pema Khandu tweeted.

In West Bengal, strong tremors were felt in Jalpaiguri, Alipurduar, Coochbehar and parts of Darjeeling district but no major damage was reported, local authorities said.