Many feel fundamental science is a criminal luxury: Bikash Sinha

At present, our so-called leaders are just pushing the rusty old bandwagon, the eminent scientist said 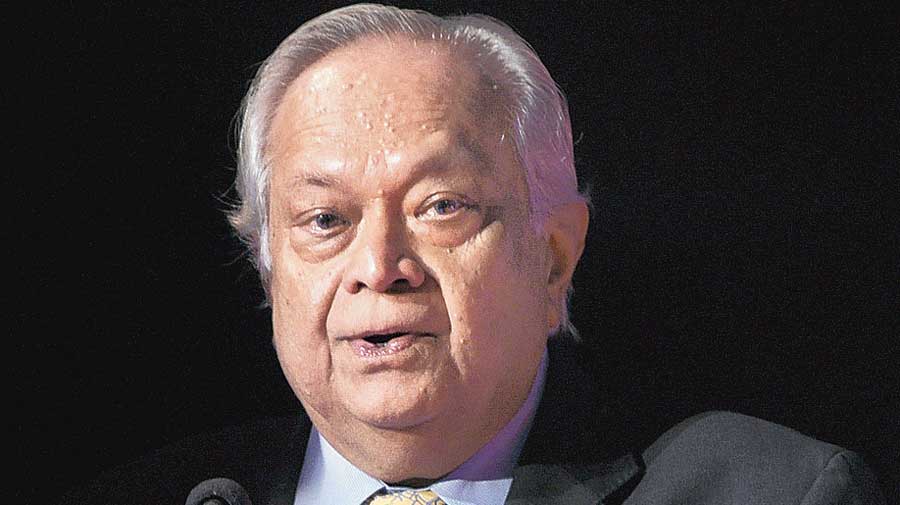 Science has taken the backseat in present-day India. A scientific temper and attitude is sorely missing in today’s India devoted to religiosity. But this was not so in the past. Eminent scientist, Prof. Bikash Sinha, traces this decline in a land where ritual and religion are growing more popular everyday, in this dialogue with the author.

Q: The last budget ignored science totally. In fact, there has been a steady decline of interest and research in the sphere of pure science after the BJP came to power. Can you please detail this decline?

Sinha: The fact that the last budget did not mention anything about science clearly indicates the very low priority this government attaches to science. I am not an economist, but it seems that the budget is “soft” in nature. That is, it doesn’t excite anyone nor does it make one overly pessimistic. Nothing can really excel in this monotonous status quo ambience.

Q: But this was not so in the past. Think of the contribution of Nehru and…

Sinha: Nehru needs to be regarded as the true commander of modern Indian science. India’s economic condition was poor during his days, we had a very meagre foreign exchange reserve. But still, Nehru went ahead almost heroically with major programmes in the areas of atomic energy, the Council of Science and Industrial Research (CSIR).

He even helped to build grand research institutions of fundamental science with his trusted friend Homi Bhabha — for example, the Tata Institute of Fundamental Research. No one can dream even at present to set up such an institution.

The indefatigable Bhabha also built the Atomic Energy Research establishment, whose design and planning were greatly influenced by the Versailles palace in France. Nehru and Bhabha together thought “big” and they created the unthinkable out of the thinkable, which brought India to the international stage. Even now, after so many years, these institutions are shining without any sign of obvious decay.

The committed scientists of those days also set up a training school to groom possible leaders in the mould of Bhabha and (Vikram) Sarabhai. Brilliant youngsters were inspired to think originally, think boldly and out of the box. At present, our contemporary so-called leaders are just pushing the rusty old bandwagon.

The upward swing was also palpable during the days of Indira Gandhi. If Nehru could be called the father of India’s atomic energy, Indira Gandhi could be acclaimed as the mother of India’s space programme. What a success in such a short timespan! Nehru and Indira were the architects of independent India’s science renaissance. From a superstitious India arose a new India determined by the scientific, rational temper.

After this glorious phase we have experienced a steady decline. The direction of research changed radically and the men in power started invoking tirelessly what India had done in the ancient past. Prime Minister Morarji Desai even stressed that the waters of the Ganga were equivalent to hard water or as he called “heavy” water. And, almost at the same time, a large number of people who were god-fearing, mandir-going and obsessed with puja drove India backwards once again.

Several changes of the government, in quick succession, didn’t allow any new idea to flourish. Rajiv Gandhi, a very modern and young Prime Minister, introduced radical measures. Most important, he managed to steer the outlook towards a modern and scientific dispensation from a moth-eaten Pauranic one. He guided the country to accept the computer as an irreplaceable device.

He also recognised the significance of the new discoveries, for example, high temperature super conductivity and nano material. He was singularly responsible for bringing science to practical application and thereby modern technology was given the much-awaited push and drive.

During Manmohan Singh’s time — for the first time in independent India — investment in science and technology went up from a meagre 1 per cent of the GDP to 2 per cent, an increase by 100 per cent. In the US this figure is more than 10 per cent and in South Korea more than 12 per cent, to cite just two examples. These comparable figures, more than anything else, attest to India’s structural indifference.

Q: Prime Minister Narendra Modi is spending words and words on “atmanirbharta” or self-reliance. But can we achieve this cherished self-reliance without any notable progress in the area of fundamental science? We have to accept that rockets are just not enough.

Sinha: I really don’t understand this concept of “atmanirbharta”. In the world that we inhabit, each country is “bootstrapped” with other countries, with some very strongly and with others not so strongly. It is also clear that our nirbharta has decreased substantially. We have left behind the Ambassador and are eyeing Mercedez assembled in Pune. But this is simply not enough.

“Atmanirbharta” should not be a blind alley because we have to be extremely alert about new developments in fundamental science taking place in other countries so that we do not miss out on the fantastic spinoffs. We have already missed out on the great electronic revolution; even now we are not in a position to own 100 per cent indigenous computers and, I suspect, the same story is being repeated in the case of nano technology, high temperature superconductors and other horizons of frontier science.

Is the present government aware of this deficiency and downslide? Grabbing land is not modern science, rockets will serve our purpose only in one area, but what about other areas which have remained distant from us? An over-emphasis on the debatable atmanirbharta could keep us away from the new frontiers. In other words, harping on “atmanirbharta” could increase the distance between crucial frontiers of science and our indigenous position.

To give another example, the discovery of Higgs Boson has opened up a new world of physics, its technological fallout has enriched central Europe’s economy beyond any dream. This crucial point has never been understood in “Atmanirbhar” Bharat. Here we encounter almost a Brahminical, out-of-the-world respect for science and it spokesmen cry aloud, “Don’t destroy the purity of science.” I suspect that this is the disastrous influence of Vedantic philosophy.

To be candid, India is hesitant, almost embarrassed to talk about fundamental science; many feel it is a criminal luxury. This is a terribly short-sighted and reactionary attitude. We have to realise in this context that technology without the driving force of fundamental science will stagnate in no time and turn irrelevant and redundant. If this happens, we have to revert back to the massive import of technology, and with this inescapable import, atmanirbharta will go down the drain. When will India wake up and cut through this vicious cycle?

Q: What disturbs us most is that we do not have anyone to guide and lead, like Homi Bhaba or Vikram Sarabhai?

Sinha: Decidedly, there is an acute shortage of leadership. Nowadays scientists spend more than half of their time on bureaucratic work. This should not be the state of affairs. Scientists are running from pillar to post and they gradually and surely get addicted to bureaucracy.

The worst thing that is happening is that these scientist-bureaucrats are dead scared to think out of the box, lest they be ticked off as “irregular”. I myself have suffered from this stigma. One can’t deny that this is a sad and crippling situation. Fat pay packets have kept them at a distance from original research — they have turned smug and conspicuously introverted. This glaring scarcity of meaningful leadership has, in turn, made our scientific arena lifeless, monotonous and barren, almost devoid of any creative science.

Q: Do you think that our increased devotion to religiosity is primarily responsible for this sorry state?

Sinha: I fear that an overemphasis on rituals and religion has led partially to this casual indifference. Signs of superstitious religiosity are to be found everywhere at present. For example, a central minister attending the convocation at IIT Kharagpur invoked the past and claimed that the bridge to Sri Lanka built by the monkey (in the Ramayana) was an engineering marvel. Not only did the minister trumpet this “achievement”, he also sought a vocal endorsement from the audience consisting mainly of academics devoted to reason and science. Well, I think an overdose of Hindutva is responsible for this ludicrous claim.